Bubble Busters #1: "Everything will work out fine in the end..." 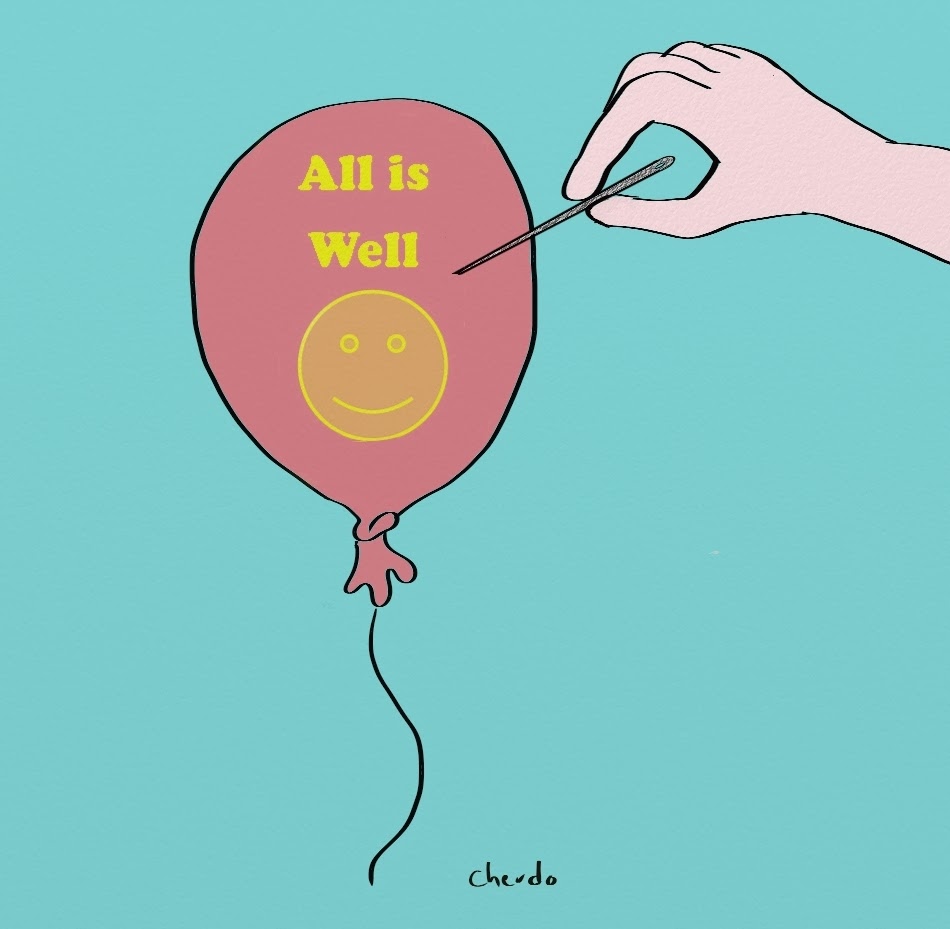 I love people, but some days I just hate group efforts.  As I strive to be a team player, and support a leader, I find that I silently question the validity of decisions - and I don't speak up.  Why? Because I don't want to be the one who isn't a team player, of course!   Where some of my cohorts are optimistic or pessimistic, some are just clueless about their lack of experience or inability to coordinate a group.

They don't realize how much you learn just by putting in the years - something that all flipsters know. It's one of the few flipster benefits that keeps on giving, till Alzheimers arrives.

Recently, when confronted with a situation that appeared to have all the markings of your classic huge mistake in judgement, a friend took it upon herself to remind us all that in spite of her very bad idea, rife with miscalculations and shoddy logic, every should proceed full speed ahead.   Yay, team!

Why?  "Because everything will work out fine in the end," we were reminded by my clueless optimistic chick-jester - only she wasn't jesting.  And her big plans crashed at her feet and she was devastated.

Shocking....no, not shocking at all!  Life decisions are about stacking things in your FAVOR, not taking a lackadaisical attitude toward outcomes.  You don't always get three swings at the ball, player.

You don't have to be a history buff to test this hypothesis.  The fact that occasionally things do work out, against all odds, merely fuels this delusion. In the words of my father, Fred:  "Even a broken clock is correct twice a day."  But that doesn't make everyone run out and buy a broken clock.

Ladies and gentlemen, I submit to you that everything might NOT be fine in the end.  Eternal optimists everywhere, I don't want to squash your view of the world.  Persistent pessimists, you may be correct every now and then.   "Everything will be fine in the end" is a comforting comment that does not always hold up, either in practice or historically.

And so, I dub this the Bubble Buster #1, because we just want it to be true, don't we?  I'll close with these historical reminders of the ever present hammer of truth.  I have to wonder if these individuals had the same thought:

"I know there's tension between us, but I think everything will be fine after today's meeting.  They're reasonable men and I'm a god on earth.  Besides, Brutus will be there."   [Julius Caesar, on the way to the Senate before his March 15, 44 BC assassination]

"Rectina needs a ride home...I'm taking a ship to go save her.  I hear that volcano is an awesome spectacle!"  [Pliny the Elder, who died on the shore near Herculaneum during the 69 AD eruption of Vesuvius]

"Next stop:  RUSSIA!"  [Napoleon Bonaparte, 1812, shortly before he lost nearly all his troops to the Russian army...and the Russian winter.]

"Let's take the shortcut through the mountains."   [Donner Party, 1846, reduced to cannibalism when they became snowbound in the Sierra Nevadas]

"I'm not really in the mood for a play."  [Abe Lincoln, departing for the Ford's Theater]

"Hey, let's be on the maiden voyage of that ship!  All the movers and shakers will be there !"   [Everyone on the Titanic, April 1912]

"Napoleon had the right idea!  Next stop: SOVIET UNION!"  [Adolf Hitler, promoting Operation Barbarossa, prior to invading the Soviet Union and suffering such a devastating loss that many say this was the reason Germany lost in WWII.  Bad ideas are not necessarily bad for everyone.]

"Hawaii is passe...let's vacation in Indonesia. "  [Tourists, 2004, staying in Sumatra at the time of the biggest tsunami of recorded history.]