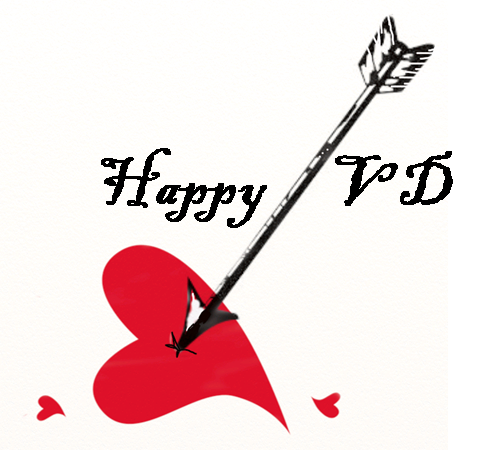 My husband believes, with all his being, that Valentine's Day is a coordinated plot perpetrated by business men who sell candy, cards, flowers and just about anything that hints at romance (on any level).  Ditto for Sweetest Day.  Don't get him started on Christmas, Halloween or Easter;  really, I'm doing you a favor with this preemptive warning.  You're welcome.

Anything I do that involves heart-shaped on February 14th irritates him, and he is quick to ask me if I "actually spent money on that."

He makes up for it on many levels, so today I'd like to celebrate some of the non-traditional things he does with excellence:

At least once a week, he coordinates the landscape of my dishwasher.  Although I estimate I've done dishes about 16,425 times (and that is only once a day for 45 years...I suspect it's more), he still believes that there is a correct way to load the dishwasher, and I am not aware of it on any level.  The logical observation might be that I actually have done it, emptied it and actually seen what works or doesn't work.  He promptly poo-poos all such assertions.

Because of my dear hubby, I've never had to bury a critter.   This is important to me, as I name everything that lives here for more than a few minutes and I've even been known to do postmortem naming of animals that died anywhere on the three acres that we call our yard. Poor little squirrel...wonder what happened to him...let's call him Rocky.  Get the shovel.

He finally admits - and believe me, it's a painful admission - that the dog is crazy about him.  If a dog could give you the goo-goo eyes (middle school reference, my peeps), our dog, Coco, does it.  The change in my husband was gradual, but I started to realize that he is reciprocating the affection in his own way.   He won't go to the store unless you really, really need an item.  He will, however, give Coco a ride around the neighborhood in his truck because he claims she told him she wanted to hold her head out of the driver's side window while he drives.  He actually talks about her feelings, and when she was lost for a month, one concern he had was that she was wondering why we didn't come and get her, wherever she was. Awww...that's cute.

He takes all my craziness pretty much in stride.  Recently, I performed stand up at a local comedy night and my husband and my son, Gonzo (again...not his real name), came and watched.  I was worried that my son would be embarassed;  teens get that way for weird reasons.

When I came off the stage, my eyes went immediately to those two for feedback.  My son ran up to me excitedly and proclaimed, "Mom!  That was good!  I think you're a hit!"

I turned to my husband for his opinion, and he added: "We're out of toilet paper."

That is a perfectly logical response for him.  You see, I do crazy everyday - but we're not always out of toilet paper...and Krogers was on the way home.

He was totally on board with our specifically tailored wedding vows.  At the place where you say "till death do you part" we both agreed that we would abide by the spirit of that vow.

So, when we have a strong disagreement, which occurs rarely, I look him in the eye and remind him:  "Sure, you feel that way...but is is worth dying over?"

For this most loyal, devoted friend and mate, I will settle for cooking his favorite dinner...my son and I snicker and wonder if he will notice the meatballs are heart-shaped.

Happy V D to all.