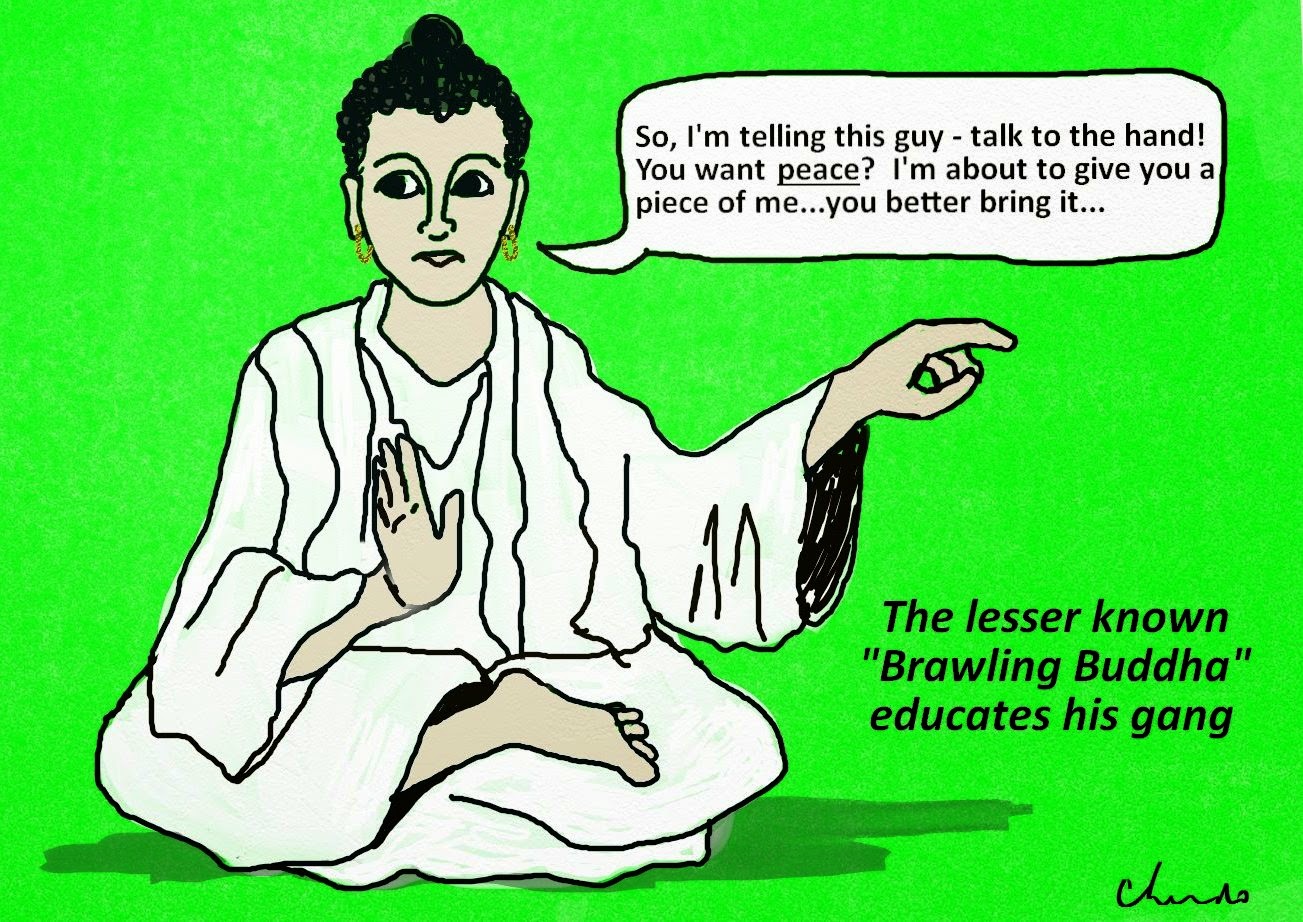 
Granted, I did minimal research on the subject, but I should get extra credit for watching the movie What's Love Got to Do With It?   I was looking for applied Buddhism, and that movie seemed to fill the bill.  In the film, ole' Ike Turner whomps on poor songstress, Tina, for most of the movie till she finds strength in her new found philosophy of Buddhism.  Becoming a Buddhist was a turning point for a weary, battered Tina.  I figure if Tina Turner can't explain Buddhism, who can?

Armed with this background information, you can understand my shock to read that a Buddhist led mob assembled and hit the streets of Myanmar.  Hurling stones and creating a path of destruction, they pounced the offices and residences of  international aid workers.   The news reported crowds of a thousand people, as in Buddhist-people!

One of the key issues is the speculation (on the part of the Buddhist majority) that the aid organizations are showing favoritism toward the Muslim minority.  The aid organizations responded with firm assertions that they treated anyone who needed medical care and they were committed to humanitarian principles, as well as political and ethnic neutrality.

This takes being unappreciated to new heights.

[Everybody sing, to the tune of Proud Mary, please]: They left a good job in the city, working for the man every night and day...and they never got one minute of sleepin' they were worrying 'bout the Buddhist gang every day...

But, seriously, I would have thought the Buddhists, the Muslims, and anyone in Myanmar would have welcomed aid.  Isn't that what you want from the international community - support?  How can it be bad to have anyone help any of your fellow countrymen?

See how dumb I am?

Now, as I reflect on that movie about Tina, I'm seriously questioning whether or not Ike was the Buddhist... Any way you look at it, it's shocking; and just for the record - love doesn't have anything to do with it.