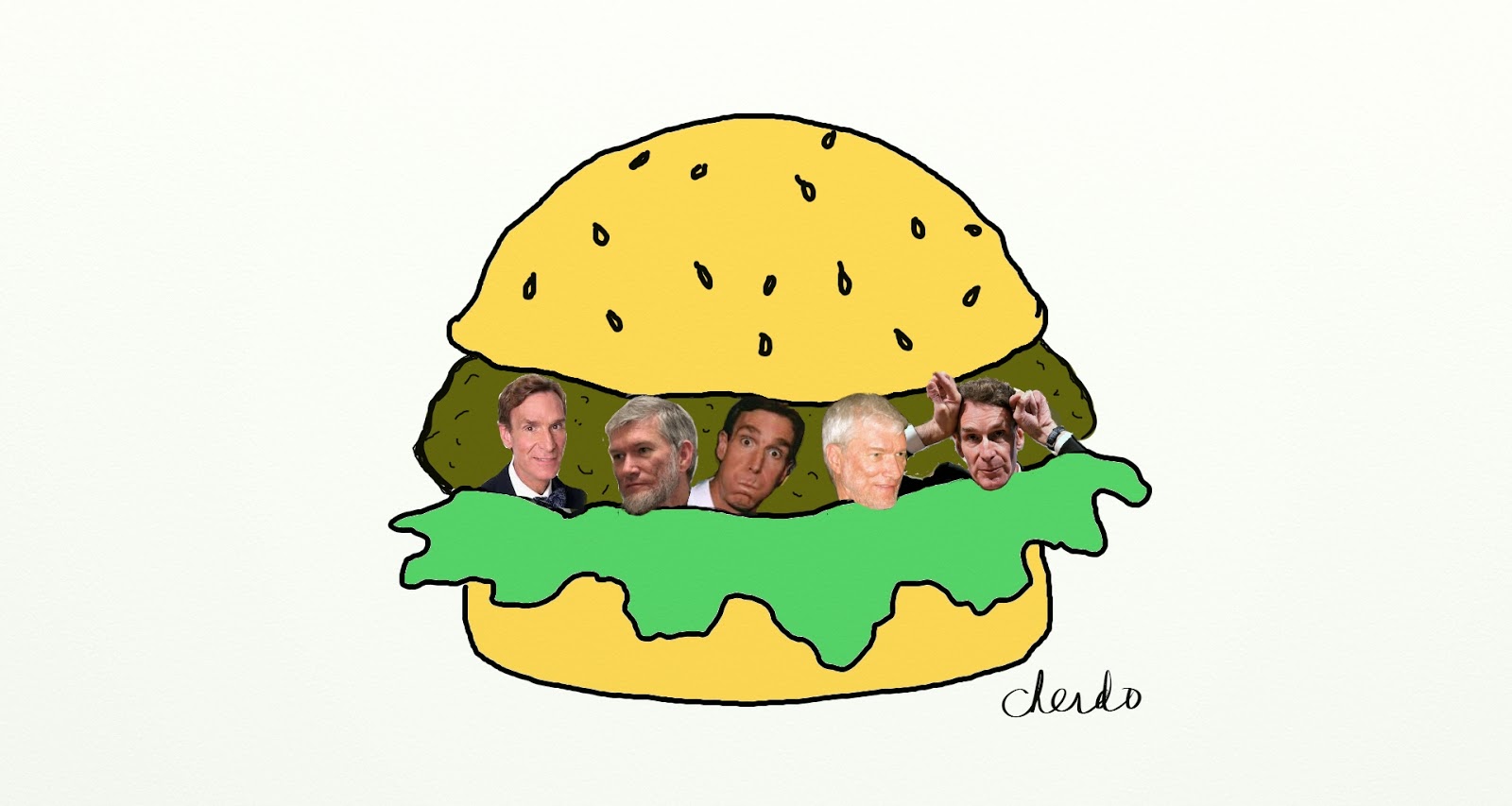 In February 4,2014,  Mrs. Nye's bouncing bow-tied bundle of joy, Bill, and Ken "the biblical thunder from down under" Ham got together to debate.   It was the big night for  Evolutionists versus .Creationists

I'm told this was about education.  I look at this totally different than anyone else, I guess.

Have I missed something?  Does a science book and a book of faith match up - ever?   Don't they both have totally different goals and stories to tell?  I know that without a science or theology degree.

Bill Nye, the Science Guy, made an effort to stress the need for science in the classroom.  Ken Ham pointed out that all theories about Creation - by virtue of being labeled "theories" - would have equal time, side by side, in education.

Where was the snappy Bill Nye theme song?  They should have played that before every Nye comment.   This might not have been fair, because I don't think Ken Ham has a theme song.  But he did have a whole museum.   It's a hard one to call.

We have a way we that solved this in high school (Go,Fitch Falcons!  Class of 77!)  that might be enlightening.  The kids that were all about science and wanted to study it further took a lot of science classes.   If you took a science class, and you didn't like it, you didn't take those kind of classes again (aside from the mandatory, you gotta do this or not graduate kind of stuff).  Kids that were very involved and connected to their faith were involved in a lot of Youth and church related activities.  Not only that, I can recall that I took classes that I was required to take that had a whole lot of views I didn't agree with and I sort of thought, "Well, it's good to know where they are coming from."

College is even more clear:  you chose your major. You chose your path.  People of faith use prayer in that decision making process.

This isn't about debating - gee whiz, as debates go that was not a true debate.   This is about a whole country full of people who believe different things, and they all inhabit the same space in a society where we wave the personal freedom and freedom of religion flag every waking moment.

So be free.  It comes with the burden of tolerating other beliefs.

I put all the Ham and Nye views under the heading of "knowledge" and I don't have a problem with it. It even works with my educational philosophy:  obtain all the knowledge you can and use it appropriately...in accordance with what I believe.  Education shouldn't be fear based or something you sling at someone else.

In the end, both of these guys went home unconvinced of the validity of the other.  People are like that; they're rigid and just get way too keyed up about what other people think, as if there is any chance that we all will be on the same page.  This wasn't about education, and didn't impact education.

Here's some of my educational concerns (just a few):


Here's another one that concerns me that is not educational:  the general lack of passion in some of our youth. Ham and Nye were at least passionate about what they believed and wholeheartedly thought it was valid to stand up and defend it.   Believe what you want, because you will anyway, but be passionate and know what that is.

Someday, someone will ask you seriously - not to argue the point, but to truly understand what you believe and you need to be ready to give a good, clear answer of the what and why of your belief.   When that magic moment occurs, you can actually connect to someone else and share information in a way that may impact them or change the way they think.

I believe in moderation in all things, even moderation - because you have to be passionate about something.