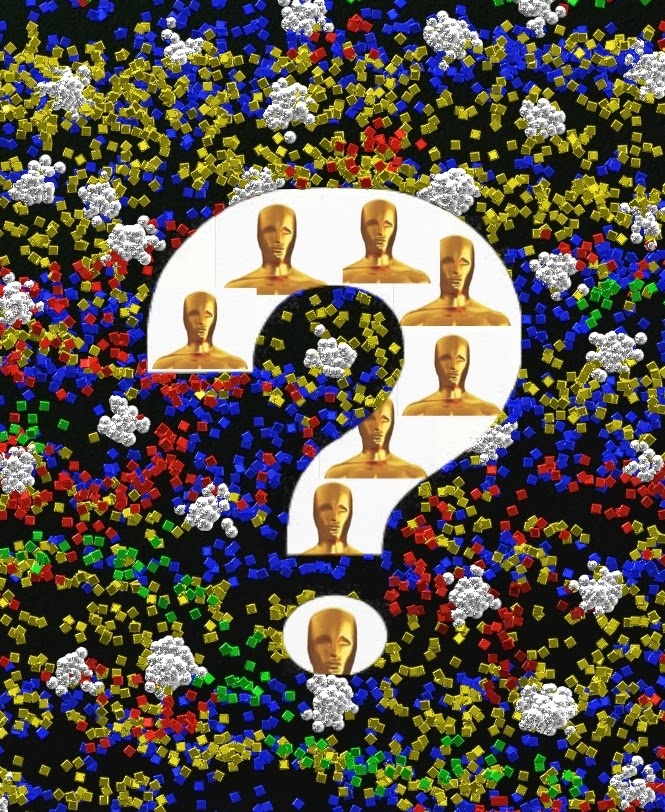 The 2014 Academy Awards were last night and journalists from Tinseltown will be out in full force working hard at commenting and speculating about every single aspect of the broadcast before we have scrambled our eggs for breakfast on Monday.

I'm just going to represent the flipsters and moms-in-comfy-chairs.  Throw some glitter and confetti in the air, and I'll just imagine I have popcorn (Atkins...fiddlesticks).

These are just a few of the questions that come to mind:

Top movies:
Did you notice that all the movies were about situations you don't ever want to find yourself in?  It's not all Cinderella and Working Girl pictures this year.


The Stage:
Congratulations to all the actors and actresses, producers, extras, make up, wardrobe and mystery jobs (what is a grip?) on your big night.