While shopping and running errands, a few interesting signs caught my eye and I thought I'd share them with you.  I'm thoughtful like that;  I'd feel bad keeping this all to myself.

First of all, there was this intriguing graphic ode to the conventional banana.  Or perhaps it was a slam; maybe the bananas just weren't trying that hard or pushing themselves like other fruits.  But having seen the sign, all I could think was "where are the unconventional bananas?" If I was having guests for dinner and I'd planned a fancy fruit salad, I've got to tell you - I'd want the unconventional bananas.  Perhaps they come in more interesting shapes.   At the very least, my guests might be impressed at the fact that I am not peer pressured in the fruit department. 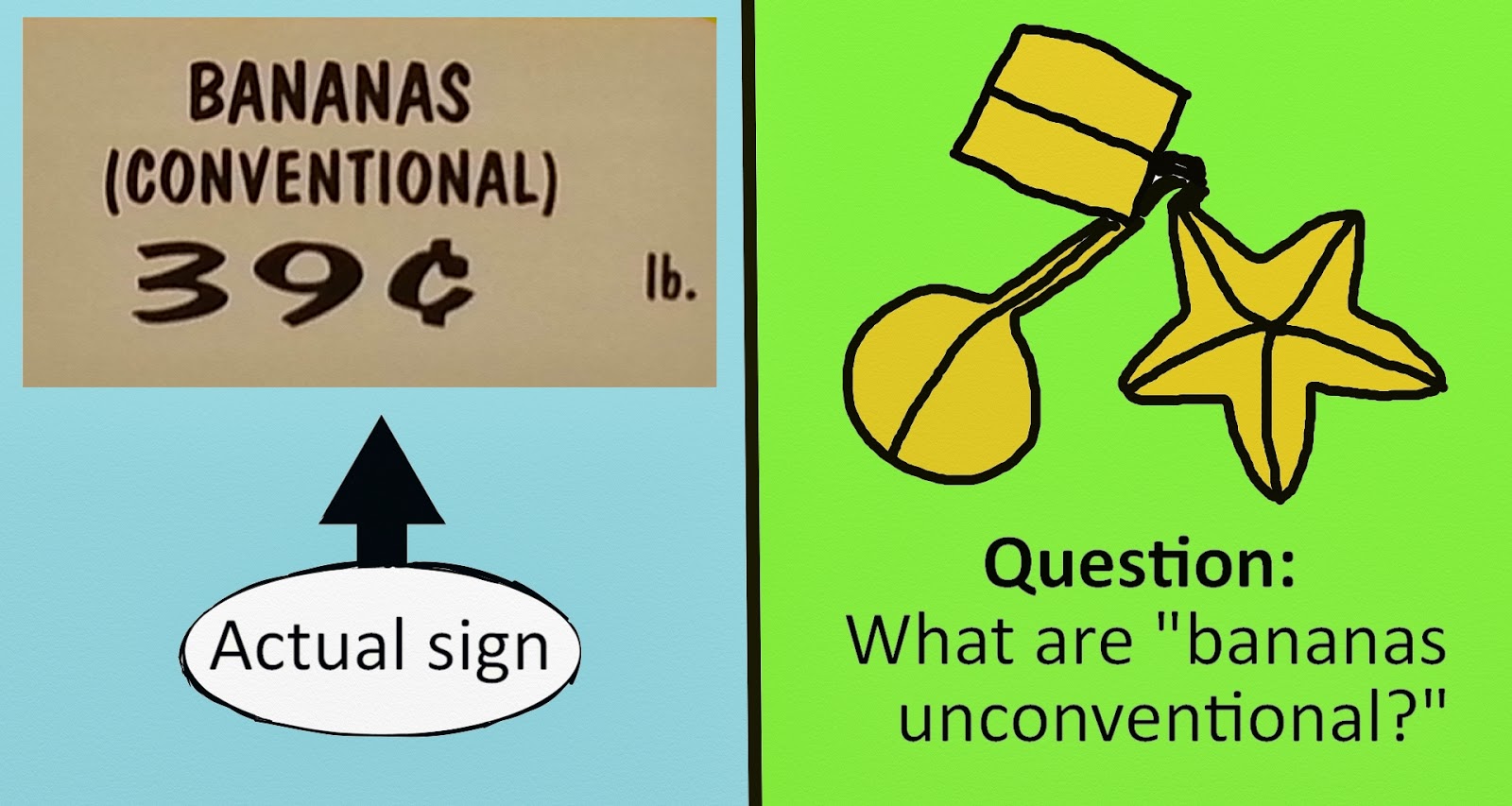 This was not the last weird signage I saw, however.   A local restaurant had the sign below displayed prominently in their window.  First, I want to remind you that someone paid to have this sign made because they thought to themselves, "Wow, when they find out we have chicken livers, we'll be rich." Well, maybe not in so many words, but you get my meaning. 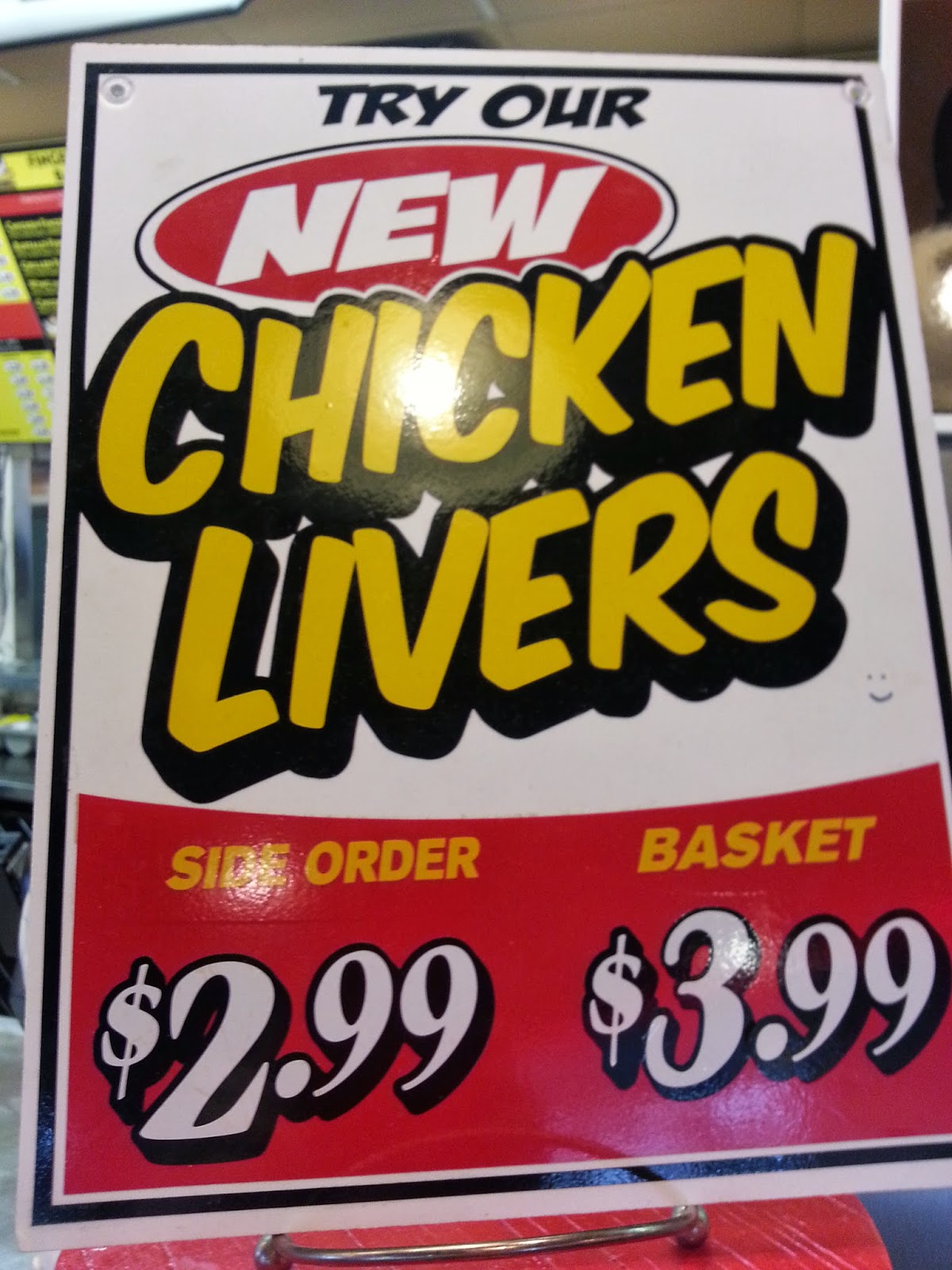 Or was this a scenario where they had tried to sell the OLD chicken livers for weeks on end, unsuccessfully.   There they sat under an industrial strength heat lamp as their hopes and dreams faded with the slowly degrading little chicken livers;  soon they looked like chicken raisins.  Why did the public reject them? What is happening to the society we know and love?   Finally, the owner approached the bank for a small loan...the future of his business depended on finding NEW chicken livers.  The old ones just weren't working.  Zap...you're brought up to speed.  Hence, the sign. 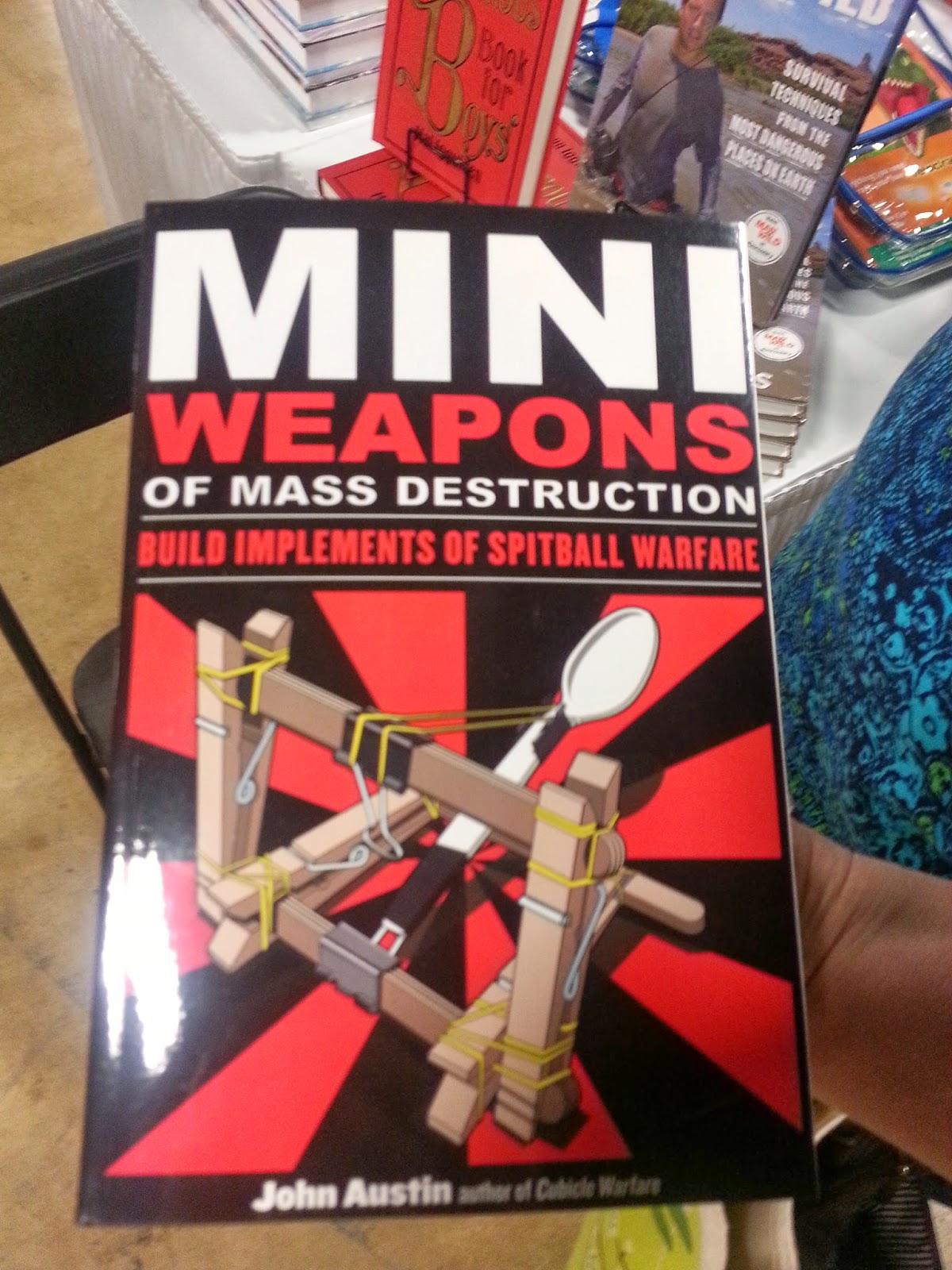 Lastly, I want to submit a theory to our military. Is it possible that when we were looking for weapons of mass destruction, we might have not expanded our search wide enough?  We should have thought outside the box. Because author John Austin has helped me understand that there can be mini weapons of MASS destruction.   Perhaps our units of top notch soldiers needed this information. They might have been looking at large chemical factories and underground bunkers, when it fact they should have been checking purses and fanny packs.

And if we can, in fact, make mini weapons of mass destruction, doesn't that make a big impact on our military budget?  Someone needs to study the efficacy of this approach.

On a completely different note, my son will not stand by me in a store if I have my cell phone in hand.  Weird.