Ukraine, I Salute You 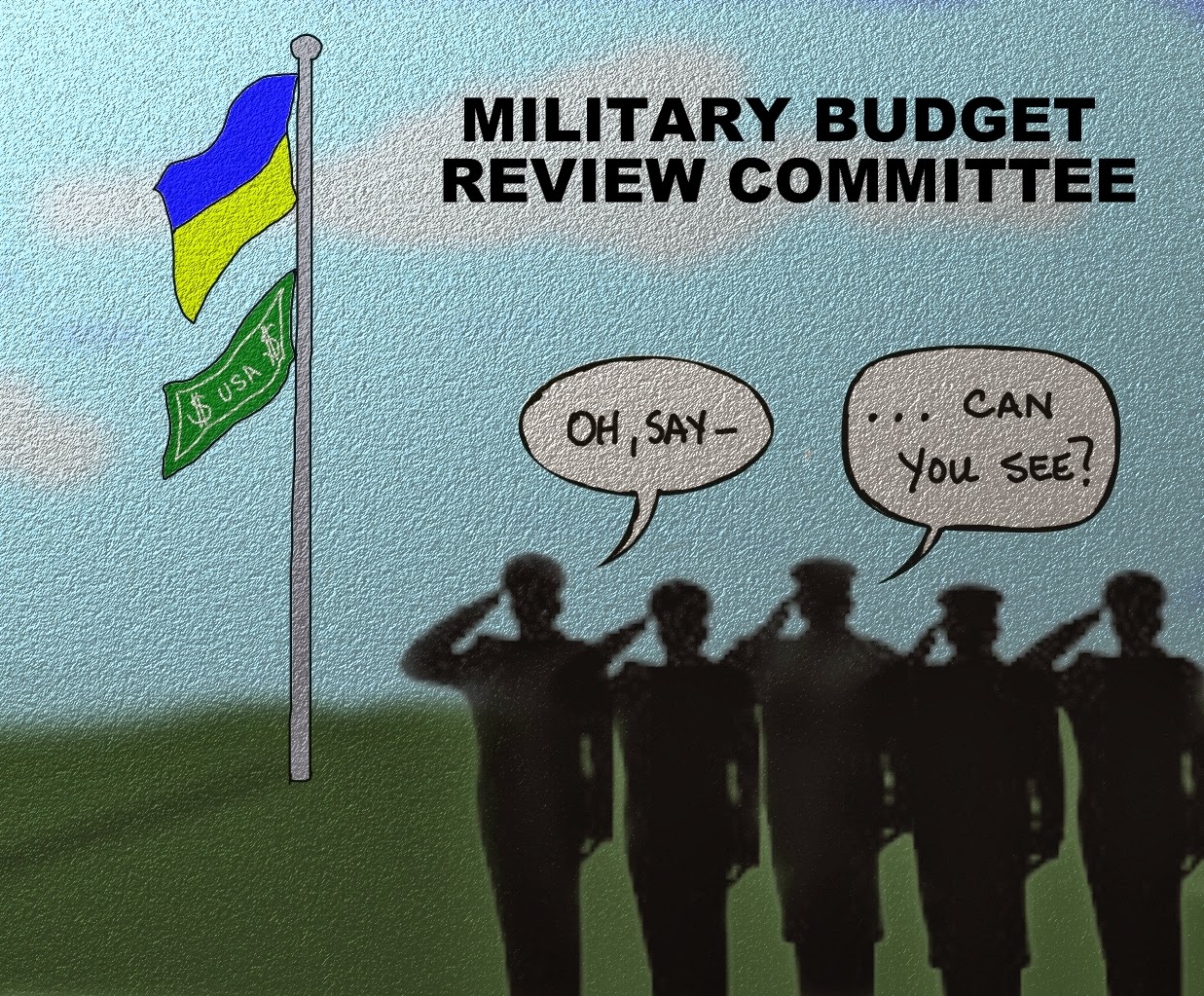 Massive military budget cuts are on the way according to Secretary of Defense Chuck Hagel, in the president's upcoming defense budget.

Do you know who IS getting money, though - like a billion dollars?  The Ukraine, that's who. Their leader was ousted less than a month ago, and pre-emptively, we want to rush in and help them face new economic issues in their fledgling government.

Secretary of State John Kerry remarked, “Here in the streets today I didn’t see anybody who feels threatened, except for the potential of an invasion by Russia.”   He added that the the money is supposed to cushion the impact on households.

Cushion my impact, man!  Doesn't everyone fear the potential of an invasion from some big nation somewhere?  That's sort of why I thought we needed strong armies.  Like 522,000 thousand or more, but I'm just throwing that number out there.  It's that tricky little word "potential" that makes your army prepare for the possibility of defending some place like, oh, I don't know - the United States of America, for example.

I have nothing against the Ukraine or any other country; I don't pretend to understand all the intricacies of foreign policy (please don't email me a detailed, didactic explanation...I'm comfortable in my moronic state).  My desire is that everyone would thrive and prosper.  But I have to tell  you, my first thought is that my tax dollar might help our country thrive and prosper.

My second thought is that we keep giving the military the short end of the stick, and I don't know why we don't return their loyalty and service with an equal measure of loyalty and respect.

Washington, you deserve this tirade because you've held our budget hostage and threatened shut downs and cuts in the past while politicians wiggled and squirmed their way through the process of balancing the budget.  But this billion dollars is whisked away within 30 days of the event.

In Tennessee, government shut down of national parks caused communities around the Great Smoky Mountains to lose revenue during the peak tourist season in 2013.  Get out your pencil and do this math, junior accountants.  The cost of keeping the whole park open was $60,100 per day - but the impact to tourism and businesses surrounding the park was $3.1 million per day. Don't forget, those businesses pay taxes.  Some businesses closed, and now their employees are in this shaky job market - potentially with 102,000 ex-military, if the military cuts happen as proposed.  Where's a Ukrainian when you need them!

So, Ukraine, I salute you!  You managed to grease the wheels that move the almighty dollar when they were all but stalled for Americans who sought help.

Here's another question:  Isn't this where we used to step in and try to help negotiate first?  What is Henry Kissinger doing this week?  If he still has the knack, it shouldn't matter that he is 90 years old.  He'd appreciate the company.

Ukrainians everywhere should sleep easy knowing I have no political clout, because that is where I'd start - with the peace talks!  To help it along, I'd spend about $150 on a bathroom door to put between the two leaders.   I have solid experience with this method. Once you are on the other side of a bathroom door, everyone starts talking to you.

I could potentially save the government $999,999,850 and give Kissinger something to do.  Sweet.  Send those dollars right over to the Pentagon before it gets whisked away again.
Posted by Cherdo at 7:00 AM