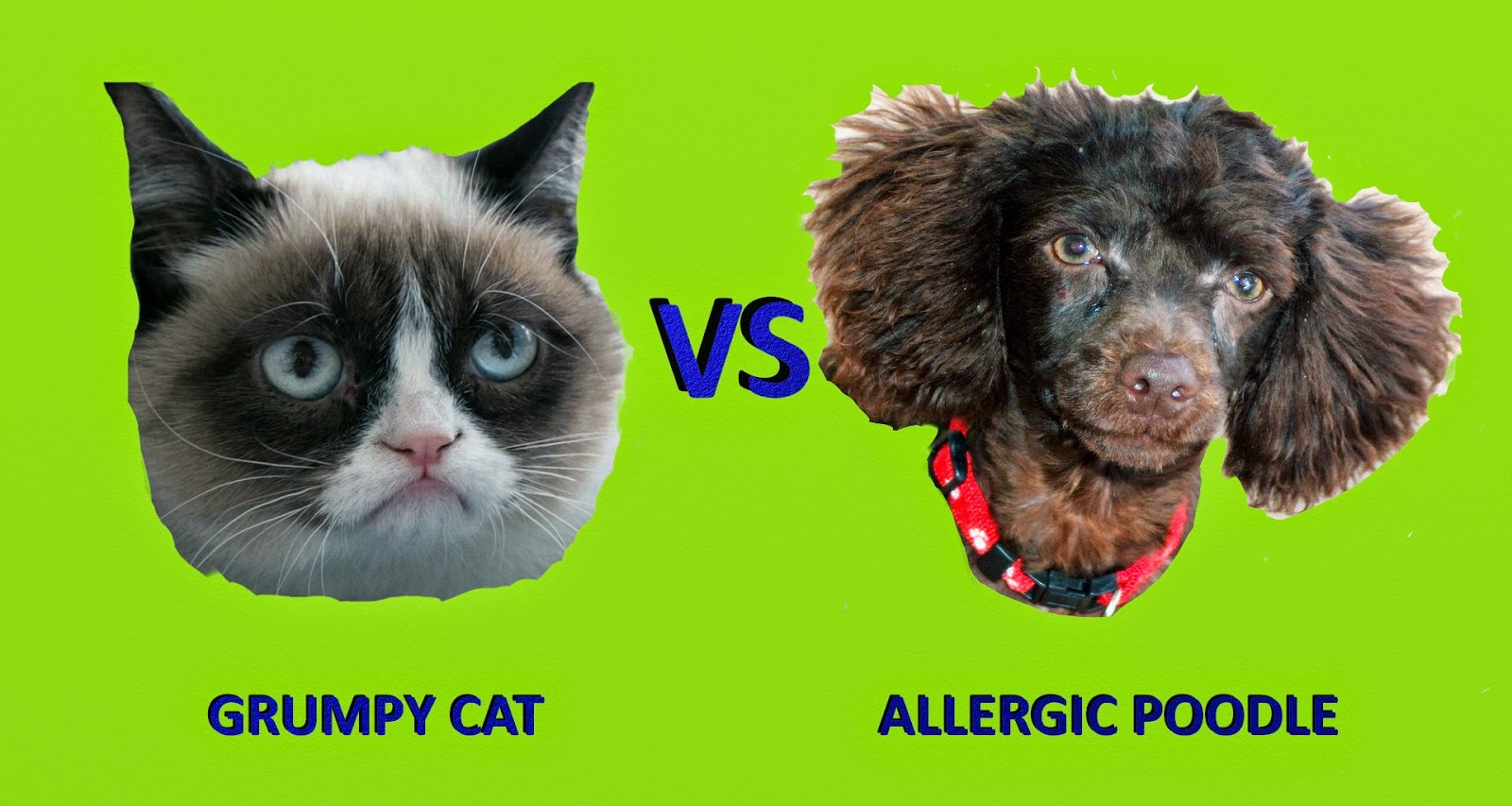 Take a look at these two animals; both beloved pets.

On the left, you have the famous Grumpy Cat (aka Tardar Sauce).   The frumpy frowning feline internet cat-lebrity who celebrates her "Super Terrible 2" birthday party in NYC on April 29th.

On the right, you have the Allergic Poodle (aka Coco Loco), who celebrated her fifth birthday on April 5th - we like to call that "Still Alive at 5".

So why is Allergic Poodle not as popular as Grumpy Cat?  Here are a few possible factors:
It's probably for the best that Allergic Poodle doesn't get out and about - more exposure can only bring more allergies.  I've done the math and I can't afford for her to be more popular.