I Give These Rock Stars Permission to Retire 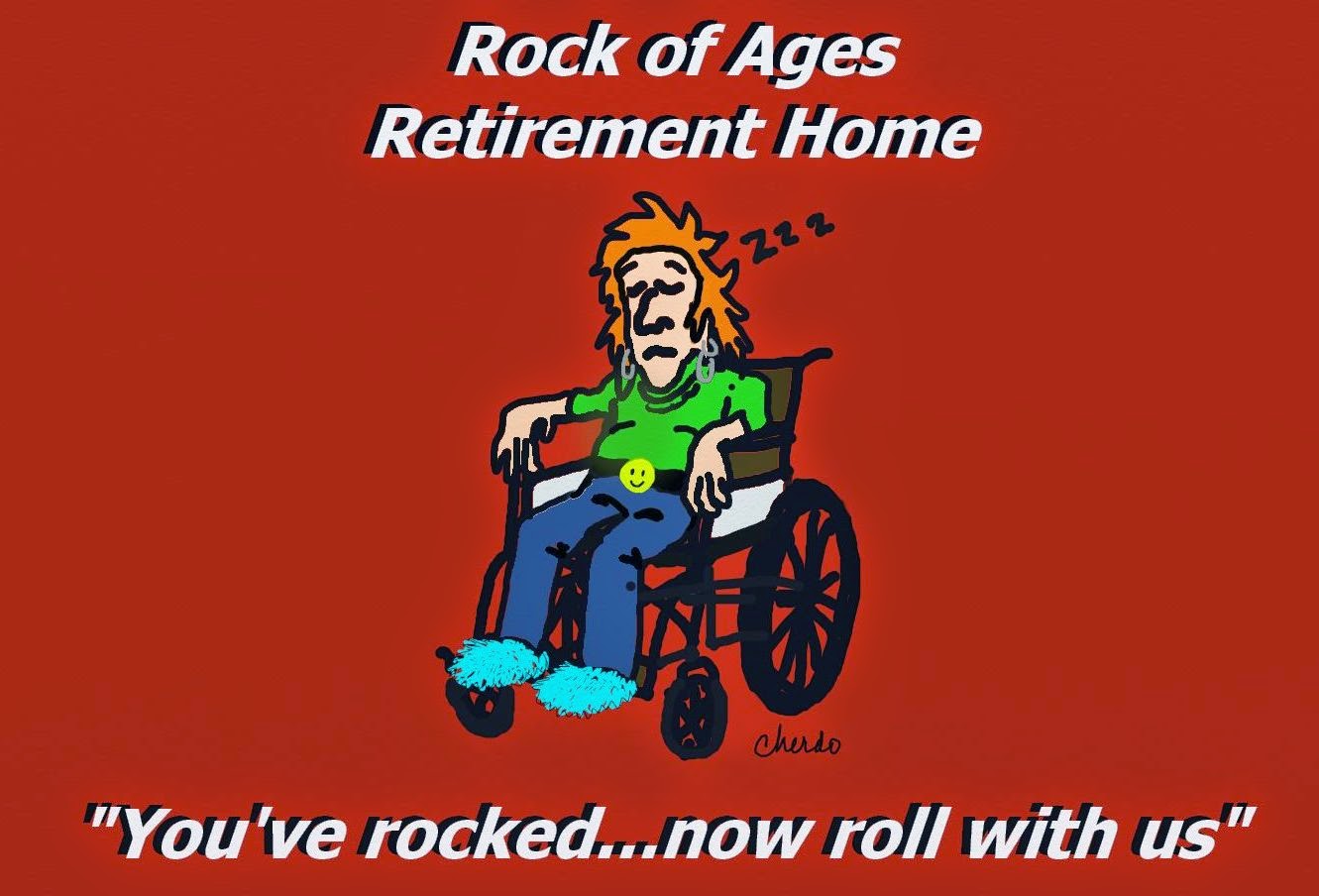 One of my favorite pastimes  is to evaluate and compare the aging process of the rock stars of my youth to my own downward spiral into geezerhood.

It's a twofold process;  first, I feign amazement when I find I am the same age as some of them. Me and Michael Jackson? Who knew? Next, I compare how well I've held up (again...my mug) to how well they have held up. I'm mum about those results.

Frequently, they win. Basically, I look like a dumpling with a head and glasses. The only thing I really have going for me is consistent use of sunscreen.

This isn't a vanity thing, I'm a big fan of a multitude of rock stars of the past and I live in a perpetual state of "where are they now?" No one loves the oldies like Cherdo.

There ought to be an old age home specifically for retired rock stars.  Catering to the aging trendsetter, they could have hair stylists who specialize in colors that don't occur in nature - like pink and lime green.  No hospital gowns for this crowd;  everyone could maintain the look that made them famous...plus some fuzzy slippers. Most will have lost their hearing by then, so catching a few extra winks ought to be pretty easy.

I'm wondering if some of these stars of yesteryear are waiting for permission to quit rocking. Maybe no one has offered to take on that task, but hey - I've said it before, I'm a giver! I don't mind letting them know that it might be time for a change.

These are some of my favorites from my younger days. Let's see who needs a push to the nursing home encouraged to rest and gracefully enter a well earned retirement. I've inserted a few links to illustrate the current state of rock affairs.
I give three of these rock legends permission to retire!  This could turn into a government program.
Posted by Cherdo at 7:00 AM