Last Saturday was such a beautiful day in Knoxville!  Hubby and I decided to go downtown and check out the Dogwood Arts Festival. 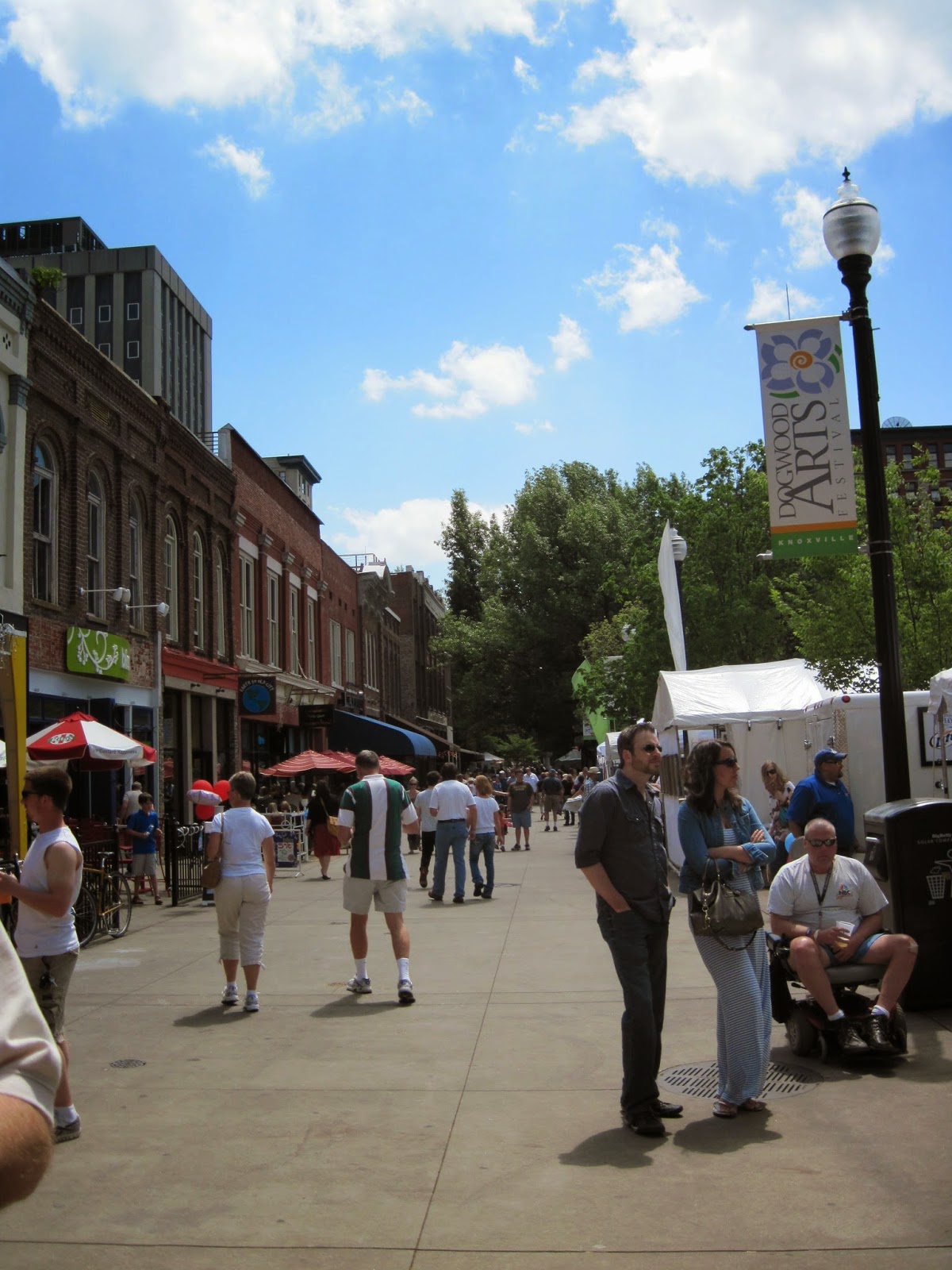 For the uninformed, the Dogwood Arts Festival in Knoxville is music, entertainment, culinary arts, food trucks and a whole mess of artists showing off their wares.  All this converges on Market Square and Krutch Park in downtown Knox-Vegas.

Meanwhile, in neighborhoods all over town, dogwood and flower aficionados roam the "dogwood trails" - painted pink blossoms on the road and sidestreets that lead you past some of the great gardens and front yards of Knoxvillians who actually spend time in their gardens and front yards (as opposed to desks and computers).  It turns out, Knoxville is covered with dogwoods and a significant portion of population have brag worthy green thumbs.

In the midst of all this, I am still a people watcher at heart.   Some minor observations about the festival folks:


Okay, Knoxville...remember, Jazz on the Square and the Biscuit Festival are on their way.   See you then!