My Funeral (This is Your Invitation) 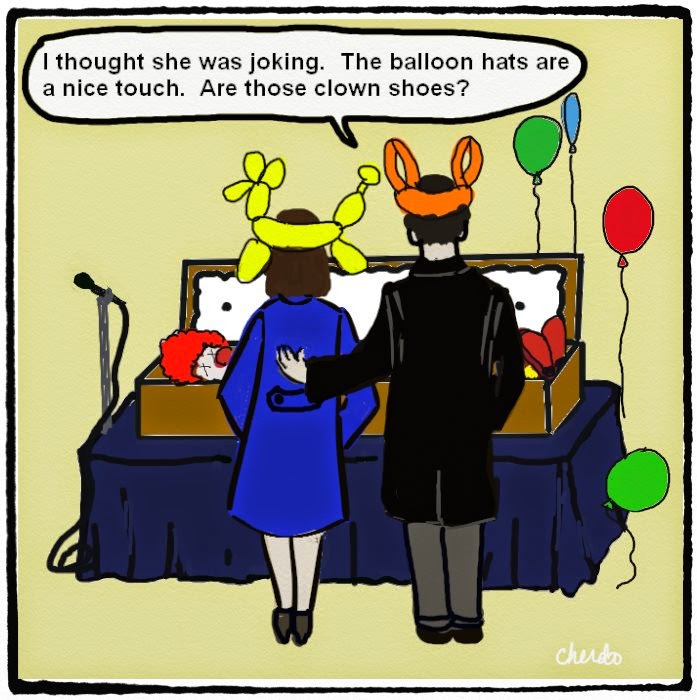 Someone posted a picture on Facebook that I thought was hilarious.  It was the Grim Reaper and below the image it said "Will someone please go to my funeral dressed like a Grim Reaper? Don't say anything, just stand there."  I laughed out loud, and shared it, of course.

Lucky dog that I am, several people agreed to do just that, so the Reaper appearance is a sure thing, unless they beat me to the dirt nap (crossing my fingers that it's me first!).  I'm holding them to it.

Considering all the possibilities, I'd like to give thought to some other ways to liven up the event - or at least make it a topic of conversation for a while.

If you're willing to help with any of the arrangements, let me know (I can't promise I'll croak any time soon, but it's like life insurance - you plan, just in case).

Well, there we go - check that planning off my list.  Sweet.
Posted by Cherdo at 7:00 AM