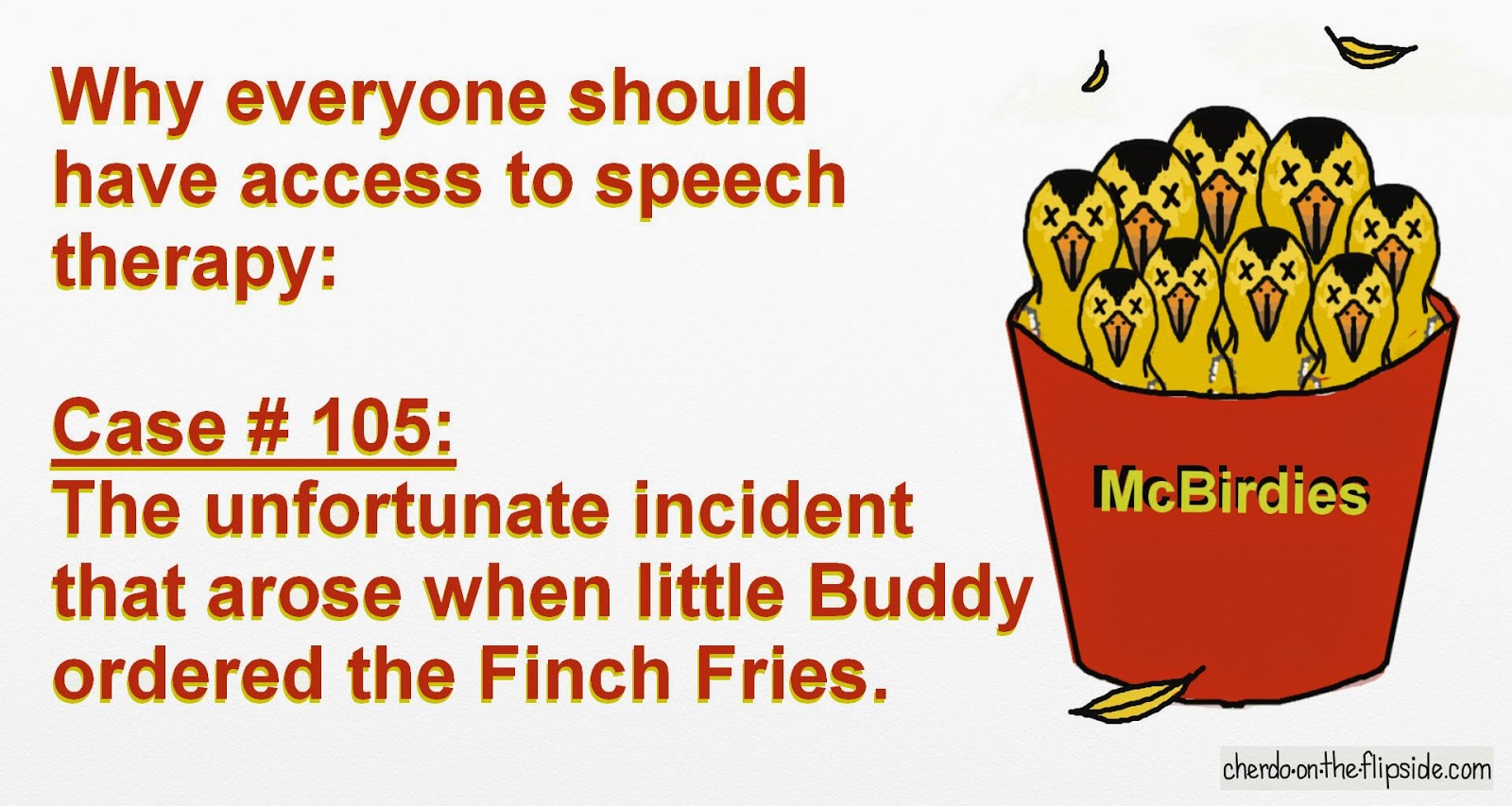 Magoo, my middle son, was the cutest kid.  With a head full of blonde hair and sweet smile, the only thing that could possibly make him cuter was the way he talked.  He struggled with the pronunciations of several letters or letter combinations, I guess I should say.

Both family and friends would have a hard time translating Magoospeak at times and so I took advantage of a friend's offer to evaluate whether or not he needed speech therapy.  Marilyn was a speech therapist, but more than that, she was a compassionate and reasonable person who could easily see that I'd be paying out of pocket for any therapy Magoo received.  That needed to be considered, but for some reason, most professionals ignored my frugal single parent state in favor of pushing their "product."

Leaning in to talk to Magoo, Marilyn questioned him about his toys and friends - anything to get him talking.  Recalling the evaluation, the image of her face and the fascinated smile come to mind.  She was nearly gleeful as she told me, "that was the most interesting set of mispronunciations" she had ever heard.   Here's the highlights of Magoospeak:

With the air of a true professional, she told me he would grow out of it, and I'd be told that he needed speech therapy - and I should ignore it.  She was exactly right, as the years passed each mispronunciation disappeared;  sometimes slowly or sometimes erratically.  He'd miss the "fr" in the word french, but say fries correctly in the same sentence.  By fourth grade, it was all normal.

Just as she predicted, the school nearly demanded he had speech therapy, and I declined.

When Gonzo came along, my last son, he had one letter he mispronounced.  "L" was "y", thus dubbing my pal, Lillian - or Lil - "Miss Yill."  When someone told him that "l'il" was short for "little" in a story title, he determined that her full name was "Yiddle."  That soon passed, too.

One Christmas, years later, Juggernaut found a Christmas ornament I had purchased that had the ability to record a message.  I had recorded him and Magoo when they were four and six.   He took the ornament and recorded something else over it...something truly dumb, like "Anarchy!"

As Juggernaut would accurately report, I freaked.  The message was lost, and I just loved the little voices on that ornament.  It was the only recording I had of Magoo in full on Magoospeak, excited about Santa and both boys trying to get their voice heard.  Each Christmas, I would pull it out and listen to it multiple times, and now it was gone.

In that moment, I could understand why some animals eat their young, but Juggernaut was already 6'5", so that wasn't happening.  Score one for the teens.

I miss hearing someone ask me to jip his jipper.  Moms are like that.