Snake on a Bike (A Slithering Sequel) 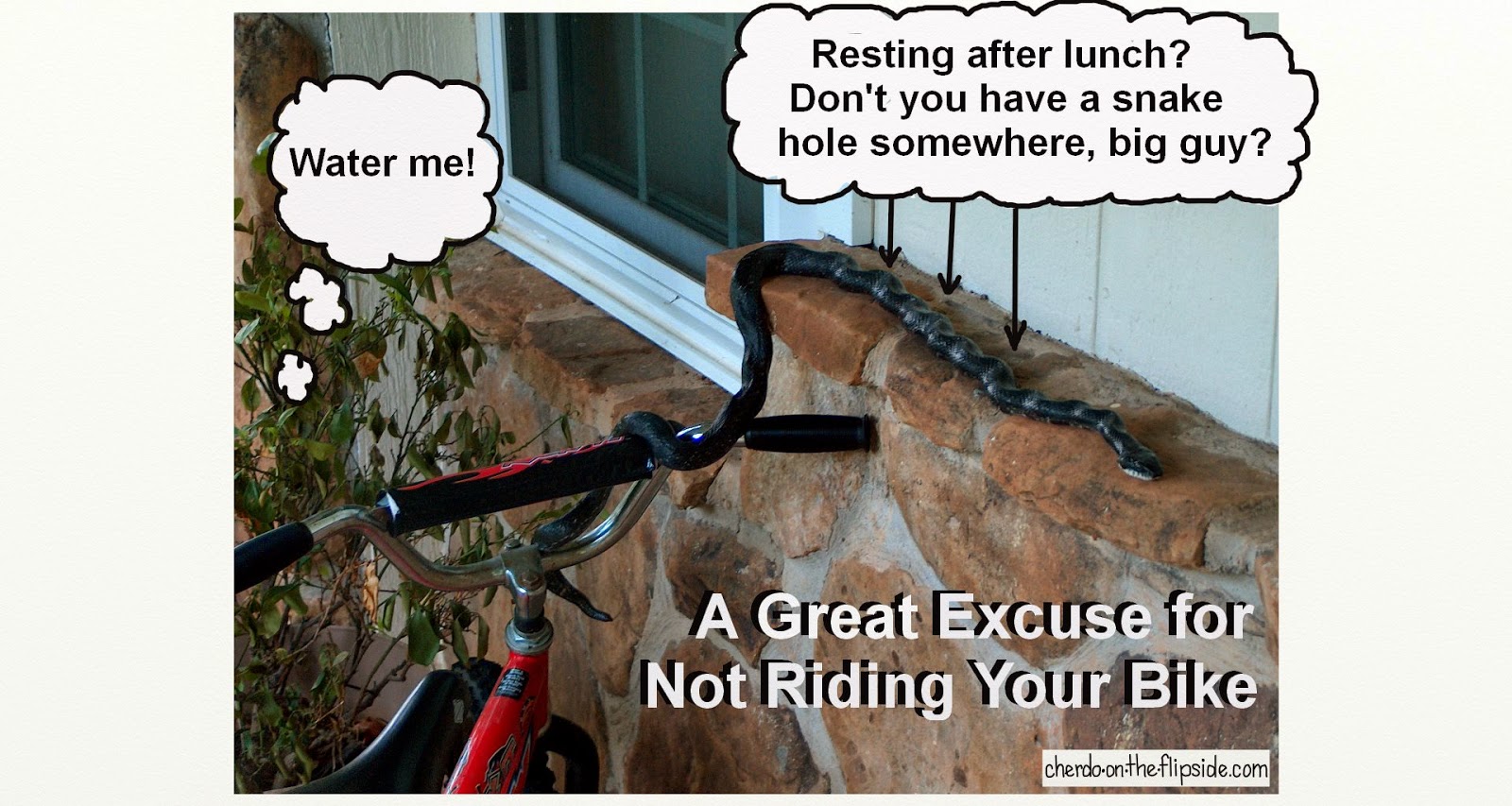 Snakes are a hot topic, if the blog views are any indicator of their (ahem) popularity.  Peeps, they're only here at a rate of one snake per year - and they've been known to skip a year!  My house is pre-snaked for the next 12 months;  it's safe to visit, really it IS.


But I have one more snake tale, just to tide you over till the next visit.

Gonzo was about five and feeling kind of squirrelly one day, when I decided it was time to accomplish something - so I called on that most motherly of commands:  "Go outside, Gonzo!"

I love this.  Toys, games, kids, a huge swing (don't let engineers design their own swing;  you've been warned), animals, trees, a big ole' flat yard, a great big driveway you can use like your own street - surely, there was something out there to do.

"Ride your bike - that would be fun, " I stated with the confidence born of an impatient woman with a short cleaning fuse and one hand on a vacuum.

Out he went.  In two minutes, he returned.

"Can't."  The look on his face was on a confusion and deep contemplation (for a five year old).  You know that look, if you have children.  Eyes half squinted, weird mouth contortion, and the affect of one who finds thinking somewhat painful - or at least, uncomfortable at the moment.

"Why not?" I said, challenging the claim.

"There's a snake riding my bike."

I didn't hear that right.  It sounded like he said there was a snake riding his bike.  Now I had the weird look on my face. I needed clarity.

"There's a snake riding my bike," he repeated.

His bike sat right on the front porch, so I opened the door and looked immediately to my right where the bike sat propped against the rock ledge on the porch.

Draped over the handlebars of the bike was the tail of a black snake who had decided to take a snooze on the ledge.  Granted, the snake may have been paying his respects to my miniature orange tree that was desperately in need of water. We didn't talk much, he and I, and I don't think he understood what I yelled - I'm not even sure it was in English.  He definitely was visiting post lunch because it looked like he had swallowed golf balls (but I'll bet that is not accurate).

Snakes on a Plane?  Light weight. I call that, and raise you one front door and a bike.