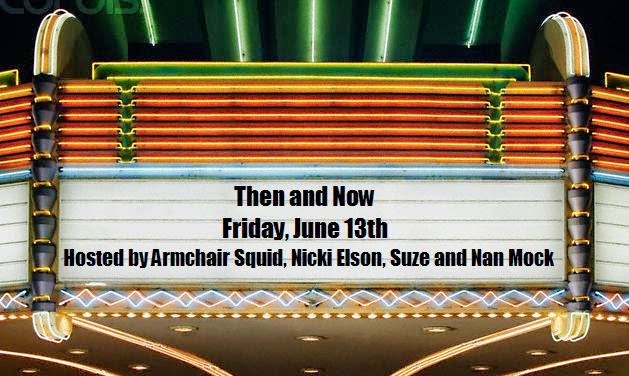 Hey, it's a bloghop (and I don't even know what that is - yet, I participate).  Am I not the fun flipster, or what?

All the participants are blogging about a movie that they loved when they were younger, and how they see it differently now.  The movie I chose was Carousel, a 1956 film adaption of the Rogers and Hammerstein stage play.  It starred Shirley Jones and Gordon MacRae. 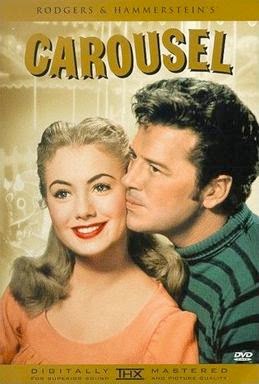 Opening scenes find the main character, Billy Bigelow, in heaven, and goes on to tell the tale of this big, brute of a carny and the sweet, innocent Julie who falls for him (while he was on Earth, of course).  Billy is telling his story to the Starkeeper, in hopes of returning to the earth for one day. Flashback... 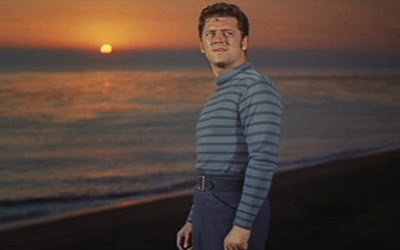 When I was young, I thought this was so romantic.  The couple had so many things stacked against them, people were openly hostile to their union, but Billy stood by Julie (pregnant at an important juncture in the tale...preventing Billy from leaving her and returning to the prestigious carnival barker trade in a totally non-got-ya way).

Young Me:  Everyone is against this relationship - friends, family and skeptical lowlifes. All conclude that there is no way it will work - but they still believe in their love!  Hey, it wasn't Billy's fault he got fired from the carnival!  His lady-boss was jealous of his new love, Julie.  He had to do whatever he could to provide for his newbie family!  Don't be a hater because it was criminal!  Billy decides he needs to get money "the old fashioned (criminal) way" and falls on his knife in the process.  Cue You'll Never Walk Alone... sniff, sniff...got a tissue?  Billy returns to earth fifteen years later, sees the stress his daughter, Louise, deals with because she is the child of a carny.  He appeared to her, but he is the same old pushy Billy...she runs to her mother, Julie, and the movie infers that Julie realizes Billy is there, even though she can't see him.  Heartfelt feelings of love and loss bubble up.  Could someone sing You'll Never Walk Alone again at Louise's graduation?  Fade to black. 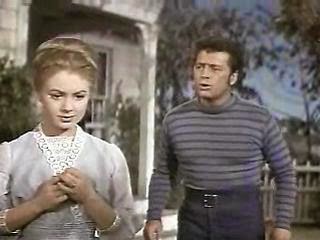 Old Me:  Dang, girl...  Julie, there's a zillion men out there, and you picked a carny?  Why didn't some of those well meaning friends get you involved in a few meet and greets, eh?  If everyone is against you and your boo, there might be something to it.  Your guy is a troublemaker, and he'll make you a very personal batch o' trouble, too.  Run, girl, RUUUUNNNN.  Go to college or something!  Never trust a man who wears his pants that high-waisted.  He's up to no good.

But the music of Roger & Hammerstein really holds up.  Ah, a musical love fest.  I'll sing You'll Never Walk Alone and If I Loved You in the shower today, I'm sure.

But, to recap - girls...chose wisely.