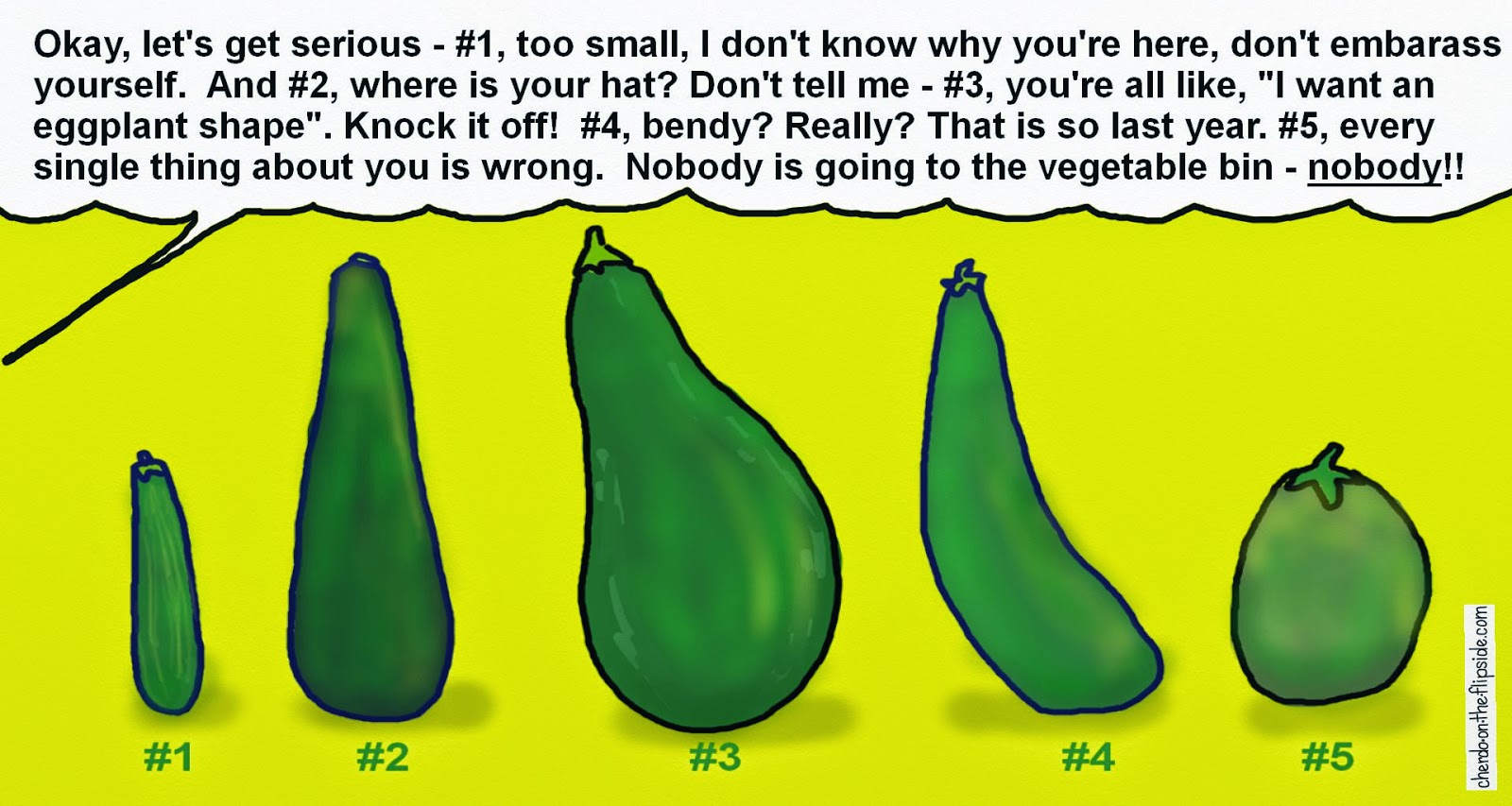 Though I know they are prolific, and that I only have a few recipes for zucchini, I still bought a four-pack of plants for my garden. The only zucchini they had at the local nursery were in a four-pack; so how bad could it be?  Hubzam actually told me to just throw away three of the plants. Well, gee whiz, that just sounds wasteful! So, four plants went in the ground.

They grew amazingly fast. Did you just say, "Duh?" Hush.


In preparation, I created a mental list of what I would do with the zucchini.

Puffed up with organizational skills, I determined zucchini haters are just victims of poor planning. If you know what you are going to do with your zucchini when it is ready to pick, that's half of the battle. The other half is simply realizing that you don't need to plant much of it. My memory must not be as good as it once was because four plants was four times too many - so all the air is out of my organizational balloon, in that regard.

You see, I've been at workplaces where conniving fellow employees spend all year acting like your friend - just so they can gift you with zucchini. I've perfected my "no thanks" by repeated use. Feigning a pure carnivorous diet is not out of the range of my acting options. I'm willing to go the extra mile to keep it out of my house when the zucchini cultists come a-knockin'.

Example: Somewhere in Sevierville, a poem hangs on an old man's wall, explaining how I think he should be called Zucchini Jack, for his garden expertise. Later verses address what I will do to him if he continues to send me zucchini via his daughter. He was an especially difficult case that required me to dig deep into my literary bag of tricks. Apparently, they appreciated the humor in verse and had it matted and framed. That's fine, as long as they don't send me "appreciation zucchini." I live only to amuse.

If I am going to eat zucchini, I'm going to grow it, too.

Two weeks after the first zucchini was picked, I've fried it, Parmesan cheesed it, added it to a vegetable marinara, mixed shredded with other vegetables for an omelet, made oven fries, made zucchini bread, etc. Ever the optimist, I'm still willing to try some new things - give me that recipe, peeps!

Giant leaves of the plant obscure some of the zucchini, and we don't find them till they're full sized baseball bat or watermelon sized. Those mammoth zucchini would feed a family of eight, with leftovers, if you could ever give them away. Really, people would rather go hungry.

We pulled up some of the plants just to stop the insanity, but it continues with the remaining plant.

At this point, I am the pickiest, most wasteful gardener on the planet. I'm having a zucchini beauty pageant out in my yard every day. Zucchinis are paraded under my nose for inspection and the only ones that have the slightest chance of getting indoors are the perfect ones. And still - I make no promises!
Posted by Cherdo at 1:37 AM