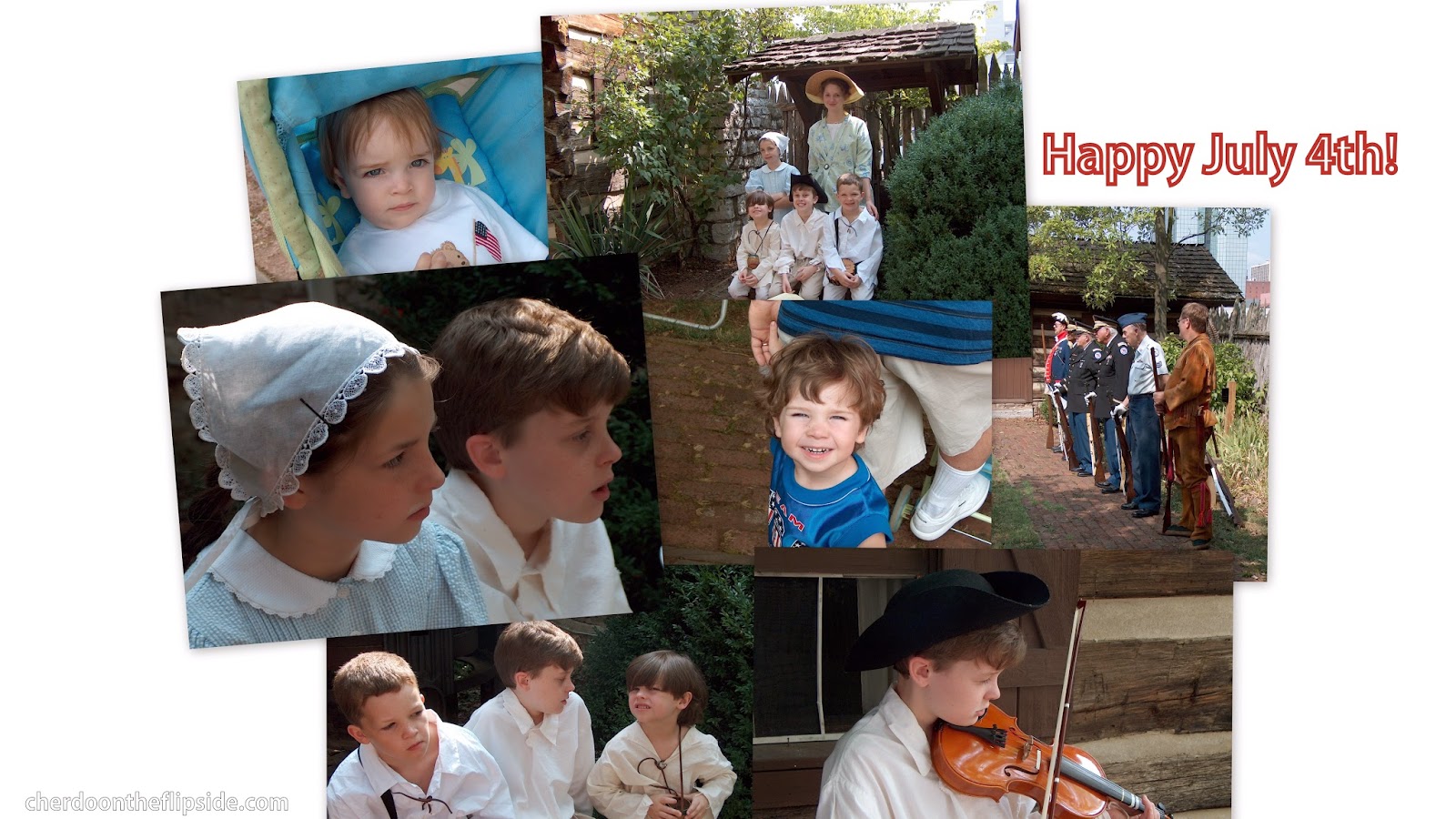 For many years, my friend, Lordo and I had a task for July 4th.  Just for the record, a friend of Cherdo has to have an "o" at the end of their name...just ask Jacko, Trinnio, Pattio...you get the picture.

Lordo and I would gather all the kids together and work with them for a month in advance in preparation for the July 4th celebrations at a local historical fort. Costumes were required, of course! We spent untold hours looking for tricorn hats each year - there was something so fun about wearing them, that short people lost them in the following months.

The fort was usually windless, hot and packed with celebrants when we arrived. Armed with their lists, each child would step up to the microphone and recite the names of the signers Declaration of Independence by state. Public speaking fears, we attack you when you're young!

One year, Gonzo bravely played patriot melodies from colonial times. It's amazing what you can get kids to do when there is a huge red, white and blue cake involved.

The gracious hosts of the event continue without us; our kids are older and their volunteerism has shifted, but one of my favorite memories will always be the days at the fort. 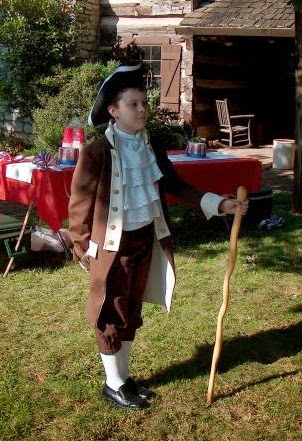 Have a happy, fun and safe July 4th!