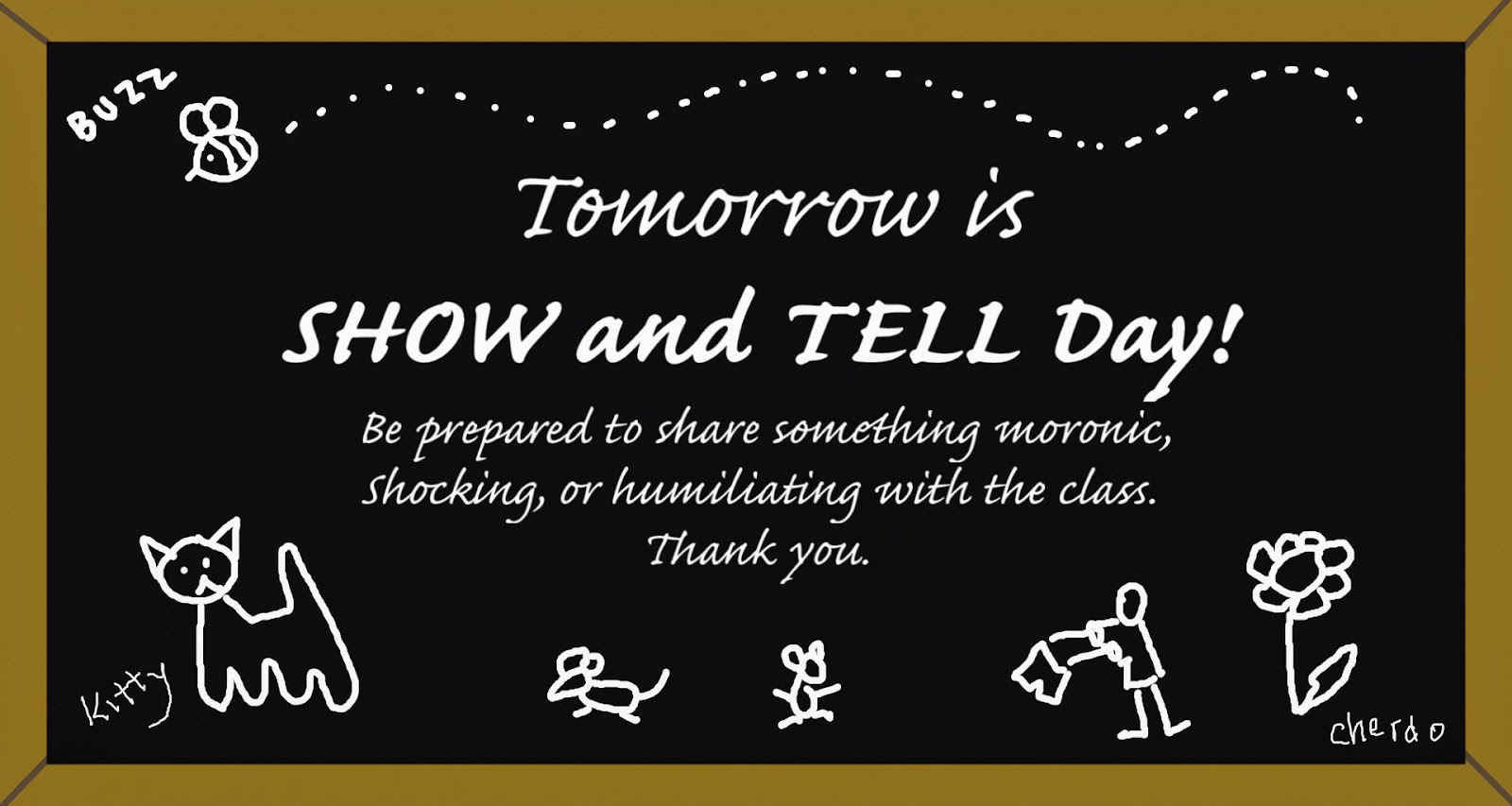 Kids are funny. If you're lucky, they're funny without embarrassing the stew out of you. As someone who has spent a great amount of time with kids, I've heard some really funny stories that their parents might not be too keen on, if they knew they were "sharing."


Here are a few of my favorite, totally true stories (the names were changed to protect the innocent, if we ever find that someone was, in fact, innocent):

We were talking about nicknames in class once and I asked the first graders if they - or a member of their family - had a nickname. Johnny said his mom's nickname was Shaddup. That sounds like a pretty unusual nickname, I told him.

He went on to do an impression of his Dad and Mom talking: "Shaddup, you don't know what you're talking about" made me realize he meant "shut up."

"Sure it is; it's like when you're real name is Alexander, but everyone calls you Alex or Al, " he explained.

In a science class, one of the boys proudly announced that his Mom was the oldest of all the moms in the whole class. She had just turned thirty one years old.

Not knowing when to shut up myself, I told him that I was forty-eight.

He started screaming, "Forty-eight! Oh, my God! I don't know anyone who is forty-eight! I can't believe you are forty-eight! My grandma isn't even forty-eight! You're the oldest person I've ever met!"  Loudly repeat that twenty more times to get the full effect.

For a time, my oldest two boys were in a very nice daycare while I worked day shift.

Their teachers had one day of the week that was "show and tell day" and it was a huge hit with all the kids. Having never participated in show and tell before, it was very exciting for them and they looked forward to it.

The boys would look through toys and souvenirs from vacations in search of the perfect cool thing to show. I'd quiz them about interesting things they had seen or read and encourage them to share the story with their friends.

You'd think all that planning would do the trick, but I came to dread those times when the daycare workers were broadly smiling and pointing at me before I got in the door. Someone had winged it for show and tell.

A young Juggernaut got himself in a bit of trouble when he decided to drop his drawers one day at daycare. You know the feeling - you just have to air everything south of the navel. You don't? Me, neither.

With a firm scowl, I asked him if he still thought that was a good idea or "fun", considering the fact that he was now in trouble.

Magoo, aged 5, was devastated when he forgot his toy for show and tell. The teacher calmed him and encouraged him to just take a minute to share something really special that made him happy or sad or interested him.  He froze; nothing was coming to mind. The teacher added, "...or you can just tell something about a member of your family."

The lightbulb in his head finally came on. He thought of something to share that was both sad and happy, he told his teacher.

"My mom doesn't have a pee-pee," Magoo said with pride, "but she can pee out of her butt."

I changed day care soon afterwards. "Show us your magic" is not the greeting I want to hear at every drop off.

Upside: After that day, I always packed the show and tell stuff myself.

Do you have a great show and tell story? Post it in the comments below.