What Was Your Congressman Doing During the Federal Shutdown? 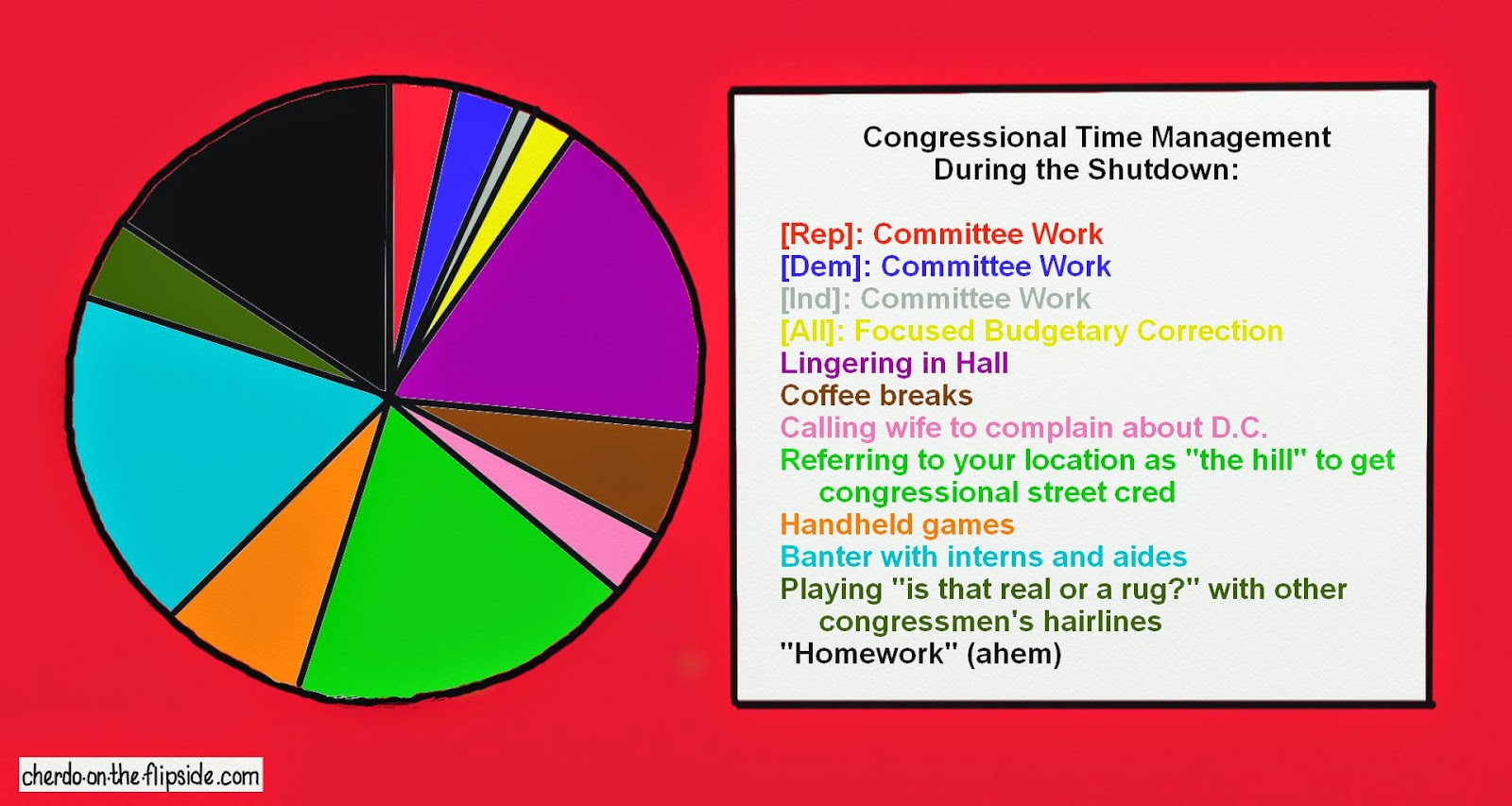 Hurricanes and snow storms have been tied to dramatic spikes in the number of births reported at hospitals in the past. Just for the record, I'm not pulling stats here, folks - just reading the news. Without going into too much detail, that spike just might make sense, if you think about it. Bad weather, job cancellation, can't travel, more time together with your mate...yada, yada, yada...here's junior.

Reporter John Moritz of the McClatchy Washington Bureau claims that nine months after the federal shutdown that crippled many federal functions, D.C. hospitals reported a spike in births.

I wondered what congress was doing during the shutdown. Let me get a grip at the implications - while the average Americans are all white knuckled and holding our breath, waiting for our congressmen to resolve the issues that led to the federal shutdown...they were doing WHAT?

This just screams: "Give me a pie chart!"

My complete lack of data and experience in politics aside, I'm surprised that this spike occurred in Washington, D. C. Something makes me think that if I thought the entire country was depending on me to act, I'd act. The pressure of my congressional duties and the responsibilities of the job just might make me hyper-focus on my role in the "fix" that would squelch that shutdown. In fact, I seem to recall being told that the congressmen were putting in extra long hours. I'm not sure THAT is the act I'd be thinking about at such a critical time.  Perhaps I should have asked, "Long hours doing what?"

Now, congressmen (and congresswomen) are not the only residents of Washington, D.C., but a whole heck of a lot of people who lived there worked at federal jobs that were in jeopardy. In my mind, there should have been a whole city of uptight federal workers, worried to death about their future. Apparently, no so much.

"Dave Ramsey might not be totally on board with this idea, honey, seeing how my job security is nil...but what we might want to consider is adding a few more mouths to feed."

[By the way, if you are a devoted, responsible congressman, please accept my sincere apology and promise me you will stick your congressional leg out and trip any identified slacker congressman at your earliest convenience - and as often as you like. It will make it easier for me to know who they are when I watch the live streams. I'll use my vote to tidy up the room later.]