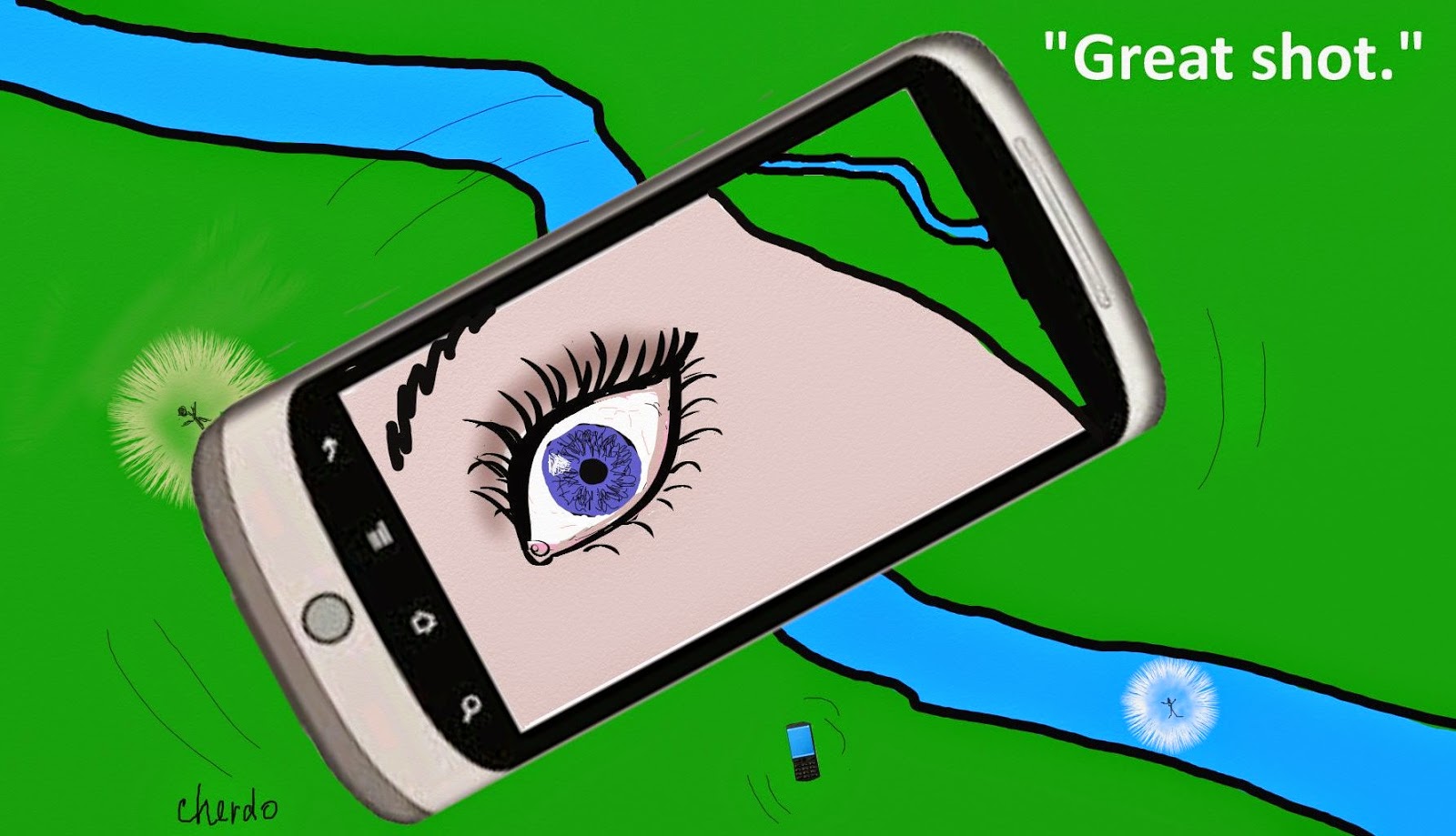 [ A tip of the hat and thank you to author Medeia Sharif for sharing this news story...it's the stuff that fuels The Flipside. Check out her page and purchase several hundred of her excellent books. Christmas is just around the corner...]


The Washington Post reported that a Polish couple taking selfies at the Cabo Da Roca cliffs in Portugal fell to their deaths last Saturday. Something inside me wants to see those last pictures; I mean, I didn't cause their death and I certainly don't wish that on anyone, but you know the last one is a doosie.

I don't understand selfies (hey, I apologize for tackling this same issue twice this year - see the March post about Selfabsorbies).  Pictures of other people? Sure, I love pictures of other people, particularly my family. In fact, when I croak, I die with the knowledge that twenty thousand digital photos of vacations, kids, pets and scenes worthy of painting will be safe and sound on my computer's hard drive. Have at it! What will be missing? Selfies. My role is behind the camera, not in front of it. I'm saving my family the trouble of taking their own selfies. What is that called? A youie?

Desperate for a profile pic a while back, I took three photos in rapid succession with my phone's camera and told myself that would have to do. It was still too much reality visible on that picture, so I ran it through a cartoonizing program. The other profile pic I use was taken by a stranger when I spoke at a seminar. The trend to photograph one's self has not caught on here at Casa Flipside.

What is the point of the selfies? Do the photographers really think their acquaintances log on to see if there is another picture of Miley Cyrus with her tongue hanging out? I have a dog for that point of view, and she is live action tongue hanging 24/7. If I knew the specific motivation behind it, I could better understand the phenomenon.

Take a good picture of your new haircut? Fine. I want to see the new you. Good for you; it's a great feeling to have a new 'do. Professional shot for an author, model or artist? Again - I'm fine with that; it make sense. Put yourself out there, because that is where your biz is.

Take a new picture of yourself every other day and post it? Why? Do you look different? Is this a game, like "spot the new wrinkle on Bertha" or "guess what is different about my septum?" Are you missing and want to be found? Because I'm using plastic milk jugs now, and I won't see your picture on a carton. So, I guess that would be sensible.

Hubzam accuses me of being electronics obsessed nearly every time I use a cell phone. Smart phones have been moving closer and closer to handheld offices for those who muck about online or juggle schedules and people. I'll admit that it only seems sensible to me that I use the drive time, when no one is talking to me, to catch up on some of my checklist fodder. Basically, I'm agreeing with him...sort of...sometimes.

While Hubzam is hard at work in his office, I am dealing with the public out in the barely real world. True electronically addicted and just plain oblivious people are everywhere. Walking and talking may be a stretch for some, but add texting, Youtube and gaming. Good grief, sit down people, you're a traffic blocker. People with to-do lists and plans are trying to move it on down the aisle. I'm jaded.

What's the harm? Why don't I just mind my own bloggin' business?

Because Polish people are walking off cliffs in Portugal while taking selfies. Not one absented minded tourist...TWO of them. TOGETHER. On the same cliff, simultaneously.