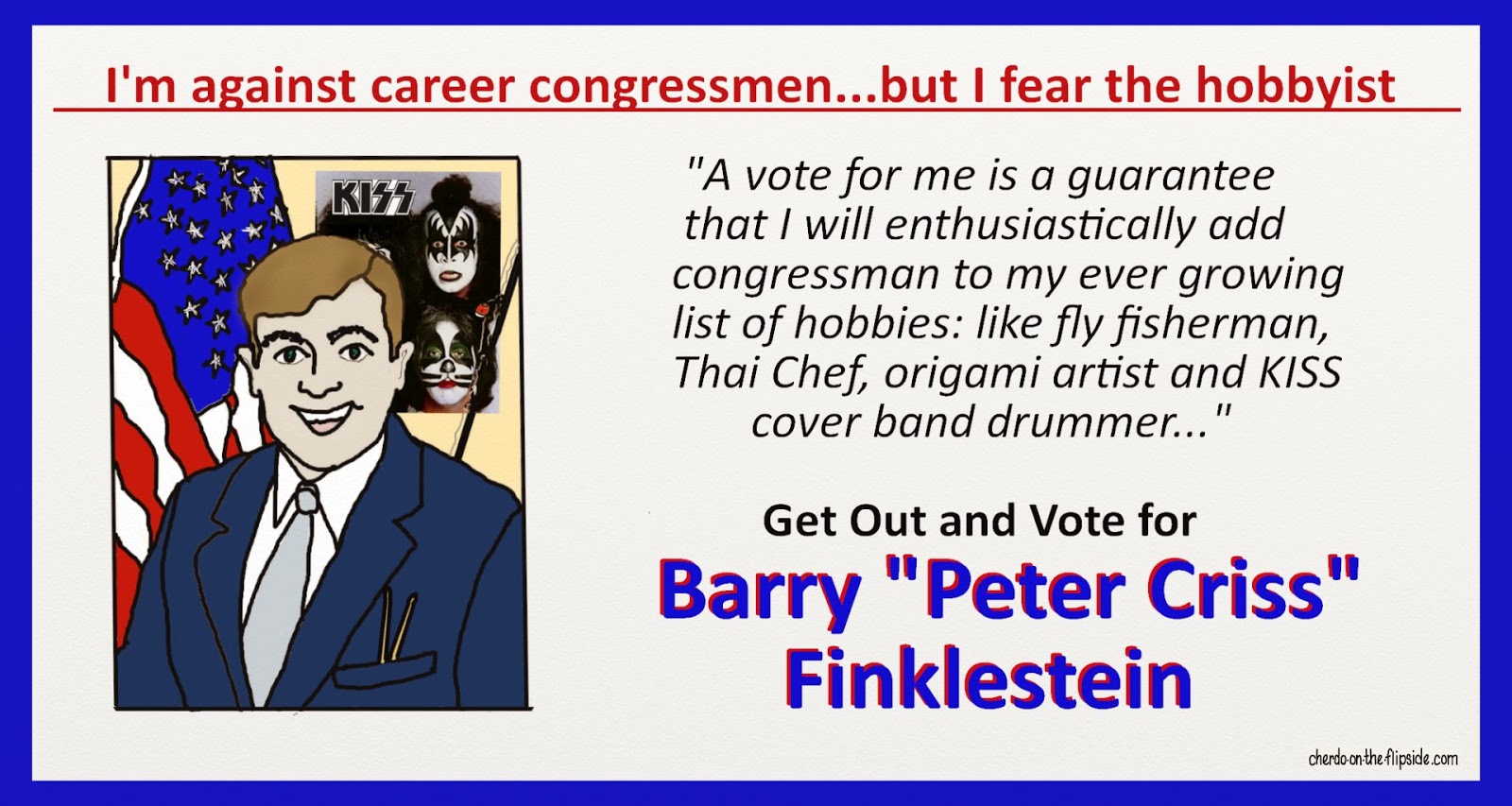 Congressional term limits are a hot topic lately, and I've listened to the many pros and cons on the subject. Lord knows we could use some new blood, perhaps someone who understands the role of a representative of the people (cough, cough). Right now, I'll take a new anything - new blood, new parties, new carpeting - new problems, even!

Examining the current line up, I yearn for a more citizen-like congress, as opposed to lawyers, elitists, movers and shakers who have taken root on Capital Hill - all while developing an ever worsening case of constituent amnesia. Those roots belong to a non-fruit bearing tree, in my humble opinion.

It seems like the more time spent in office, the more powerful the politician. Great news, if you are a true public servant and want to make change for the betterment of the people. By the way, I do believe we have a few, but I don't believe they are the majority. Sadly, most of the corrupt politicians eased into that sweet spot having learned the ropes and made the connections over many, many years.

Then again, Biden has been in office for a long time and he still couldn't manage to make a simple phone call to Marty Walsh to congratulate him on winning the vote for Boston's mayor in 2013. He called the wrong person twice. He finally solved the dilemma by leaving a message on the phone of a chick named Toni. Close enough, you seasoned political tiger. It's not like we can kick you out now. Does anyone know what he can do really well?

Lobbyists have some of these guys bought and paid for, ready to perform like a moolah-stuffed marionette. If only their nose would grow when they dished out the whoppers. Maybe there wouldn't be so much time spent securing these relationships if the elected official wasn't hanging around for very long. Call it the Brevity Cure for political inefficiency.

On the flipside of this issue, the politicians who actually have the connections and experience to get things moving also usually have tenure. Brilliant as they might be, a brand new congressman will take a while to get up to speed, whatever that "speed" might be. Just how long might that take? Do you want someone sitting on the Hill who can't make anything happen for a year or two? That feels like we might not be represented at all.

In the end, my fear is that we might accidentally replace the career congressman with the hobbyist congressman. I feel that would be the equivalent of your friend who buys all the expensive yarn and the crochet hook but never finishes the sweater.