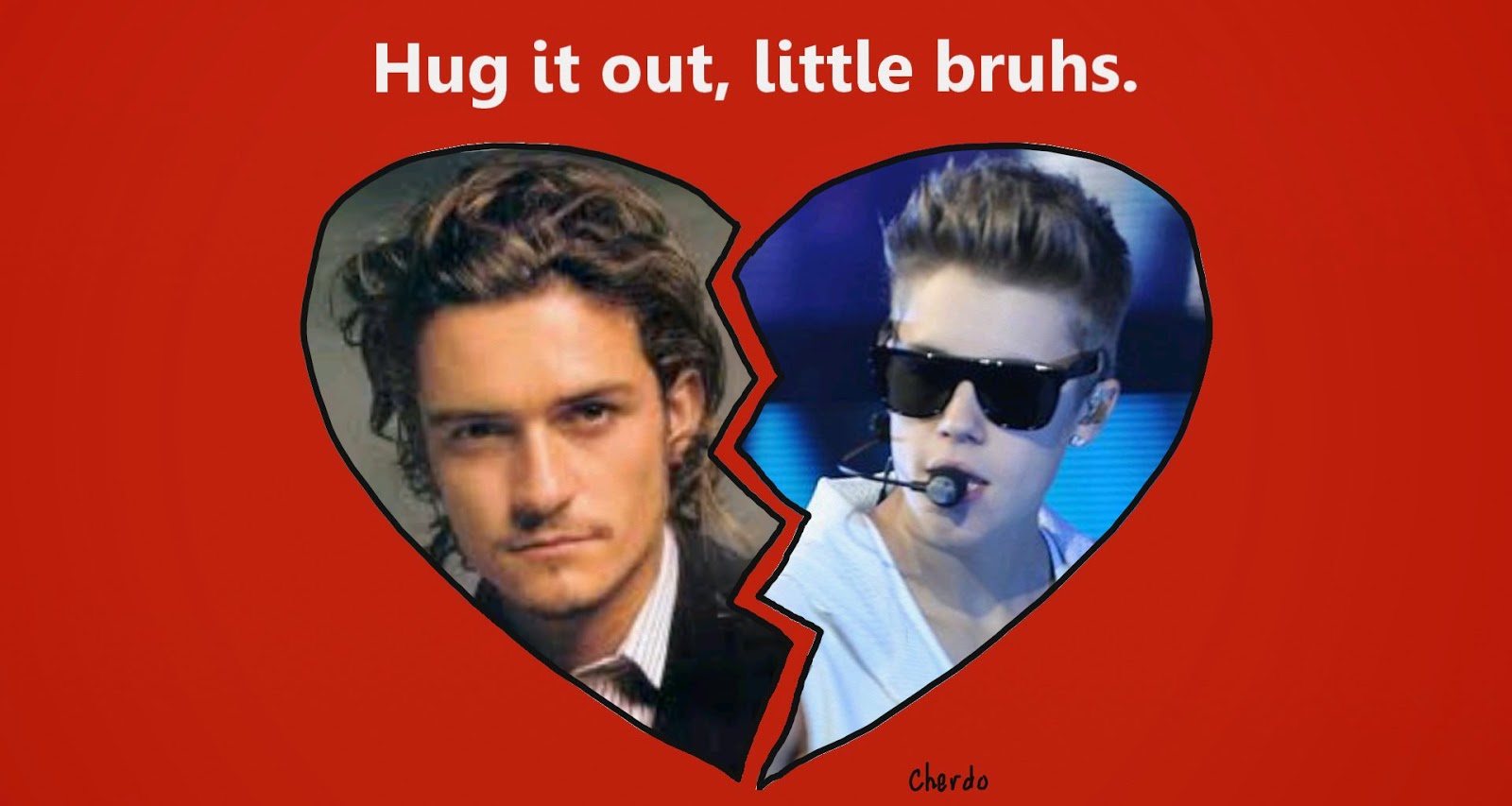 I love stories that come out of nowhere and truly have a surprise twist. Technically, I guess it came out of Ibiza, Spain; but I digress. If I could just figure out what it is that makes one story more newsworthy than another in the collective consciousness of people. I'd be rich.


The media has just taken off with this; it's crazy. Without even paying attention, I'm willing to bet I heard this story ten times. Using my super Google powers, I did a quick search to determine whether this was the big deal everyone made it.

A quick search of the terms, "orlando bloom justin bieber" turned up a mere 49,600,000 hits. Any more than fits in my living room equals a big deal. That would be a tight squeeze.

Why is this news? Maybe there's something that has been left out.

What topped off this story nicely was the number of people who were giving Orlando a brand, spanking new high five and a virtual pat on the back.  Poppin' the Bieb is apparently cause for celebration and an instant celebrity boost.

If you have a "Deport Bieber" bumper sticker, it's back in vogue.

[Insert large, flipsider smirk here.]  I'll never understand celebrity. Boost 'em up high, slap 'em down low. None are as great as we claim nor as bad as we quickly assert. People are fickle.
Posted by Cherdo at 12:30 AM