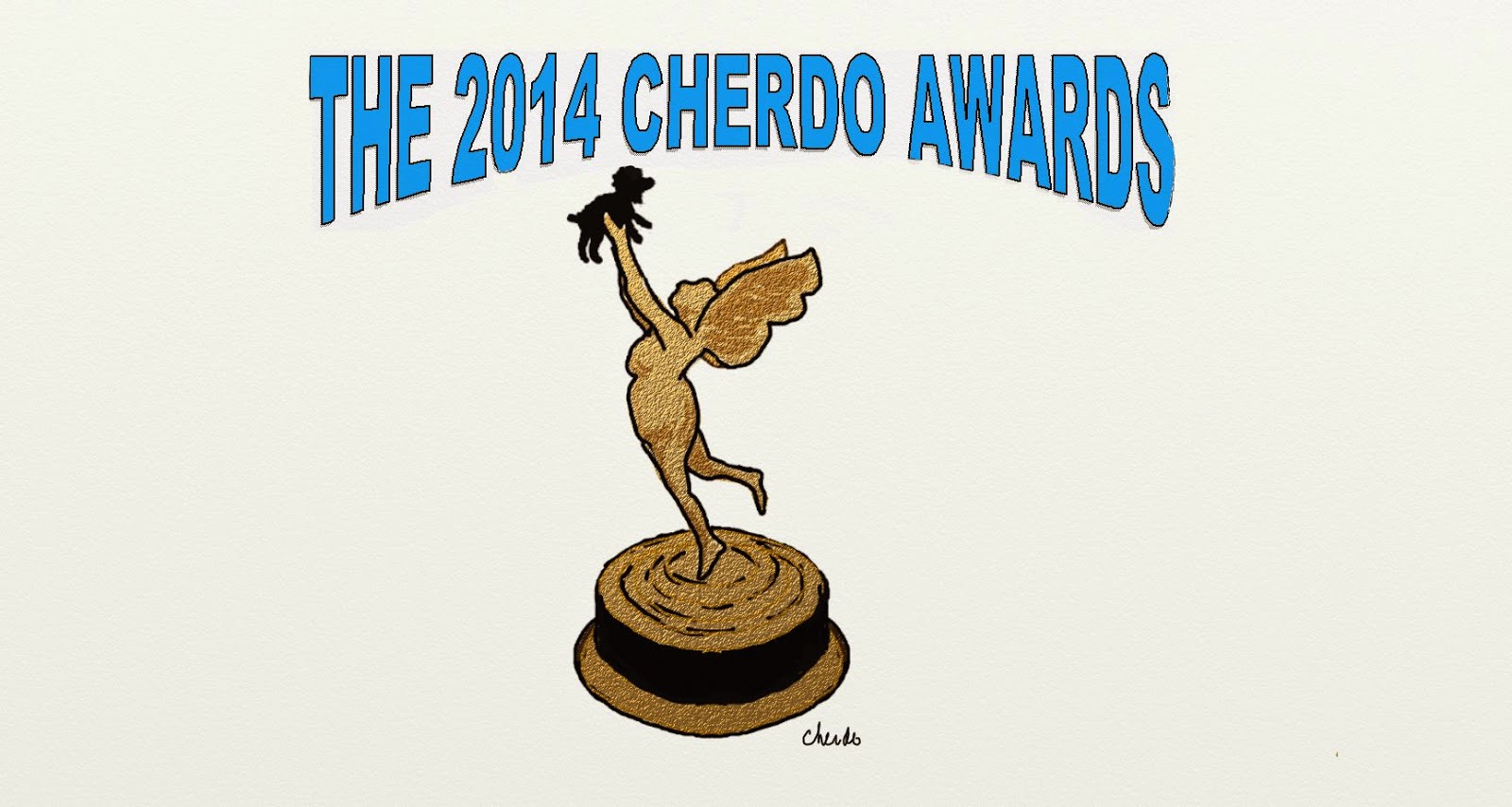 As I lay tilted and secure in the comfort of my mid-range priced leather recliner, the televised Emmy Awards seemed to be lacking some serious categories that are important to me. Who can fill that void?  The 2014 Cherdo Awards can, that's who!

Before I proceed, may I point out the fact that the Cherdo award is the only official statuette that dares to have batwing arms, back fat, and super butt. Wings were not ornamental, but necessary to realistically allow the golden lady to lift herself to one tippy toe foot.

The current Emmy statuette has an eating disorder; it's scandalous. Her wings look like rock 'em, sock 'em robot controllers...not that I'm bitter. 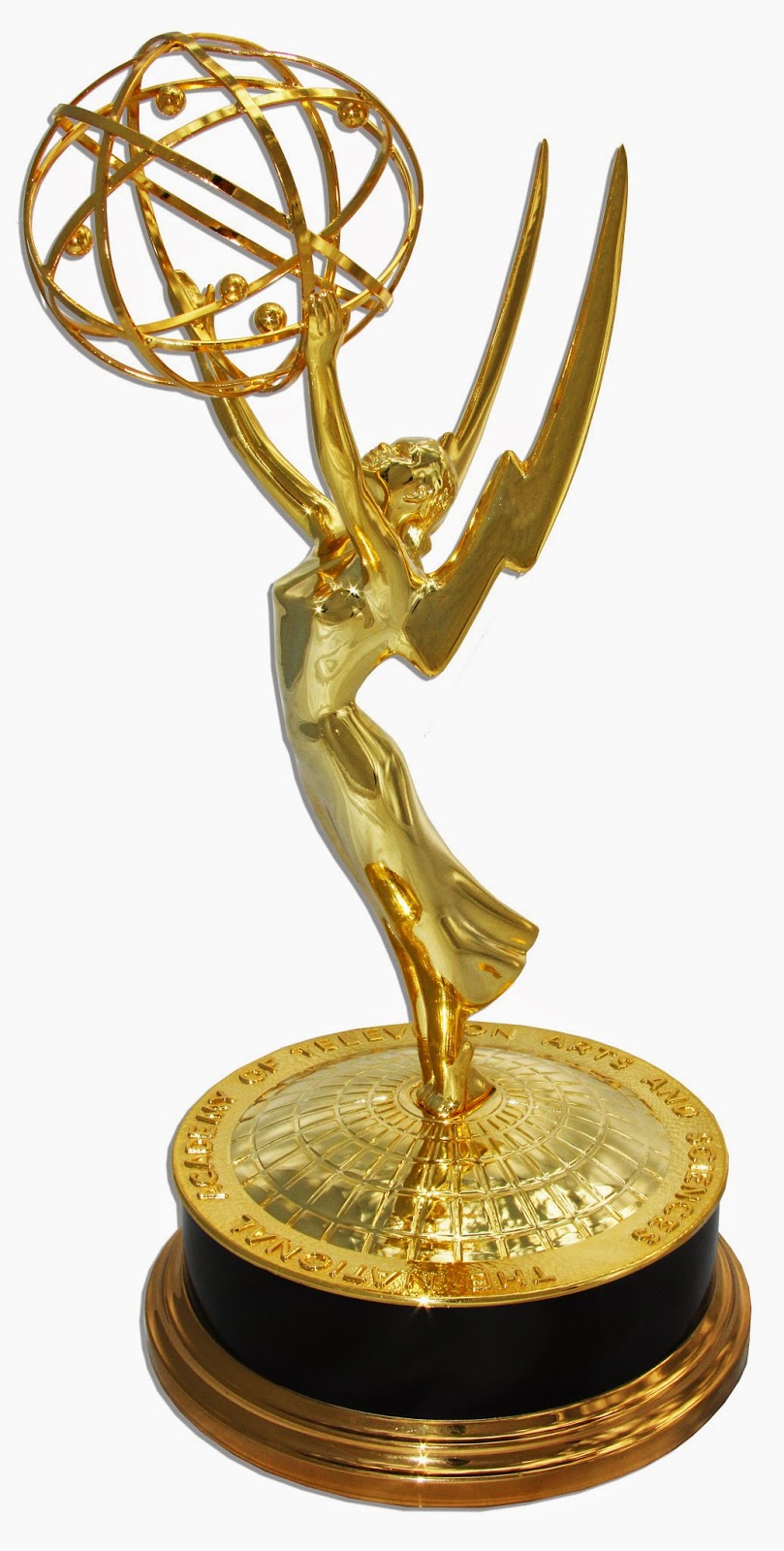 The Cherdos' categories may be more specific than the Emmys, but we strive to acknowledge the extraordinary.

Best Acting, Drama - I'll Die if You Don't Let Me Out Episode:
Coco the Wonder Dog (this could also count as an outstanding whirling Dervish-type dance number). 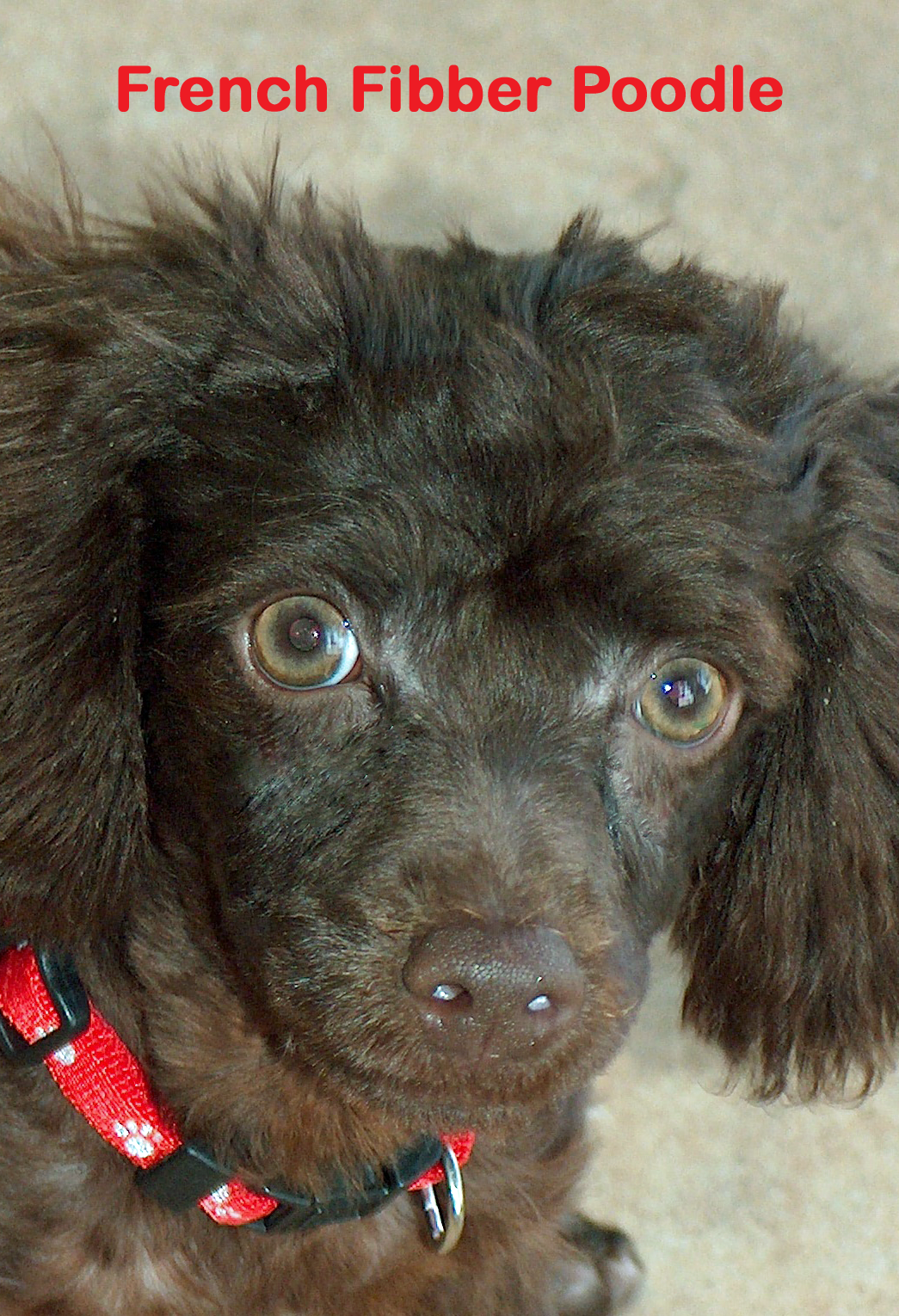 Best Acting, Drama Series - Ignoring the Dog
Every male in my living room. I love the sincere commentary: "Oh...did she want out?"

Best Supporting Actor, Animal:
Charlie (does he really have to do anything?). If that face doesn't scream "I support you," I don't know what does...and you know it's an act. 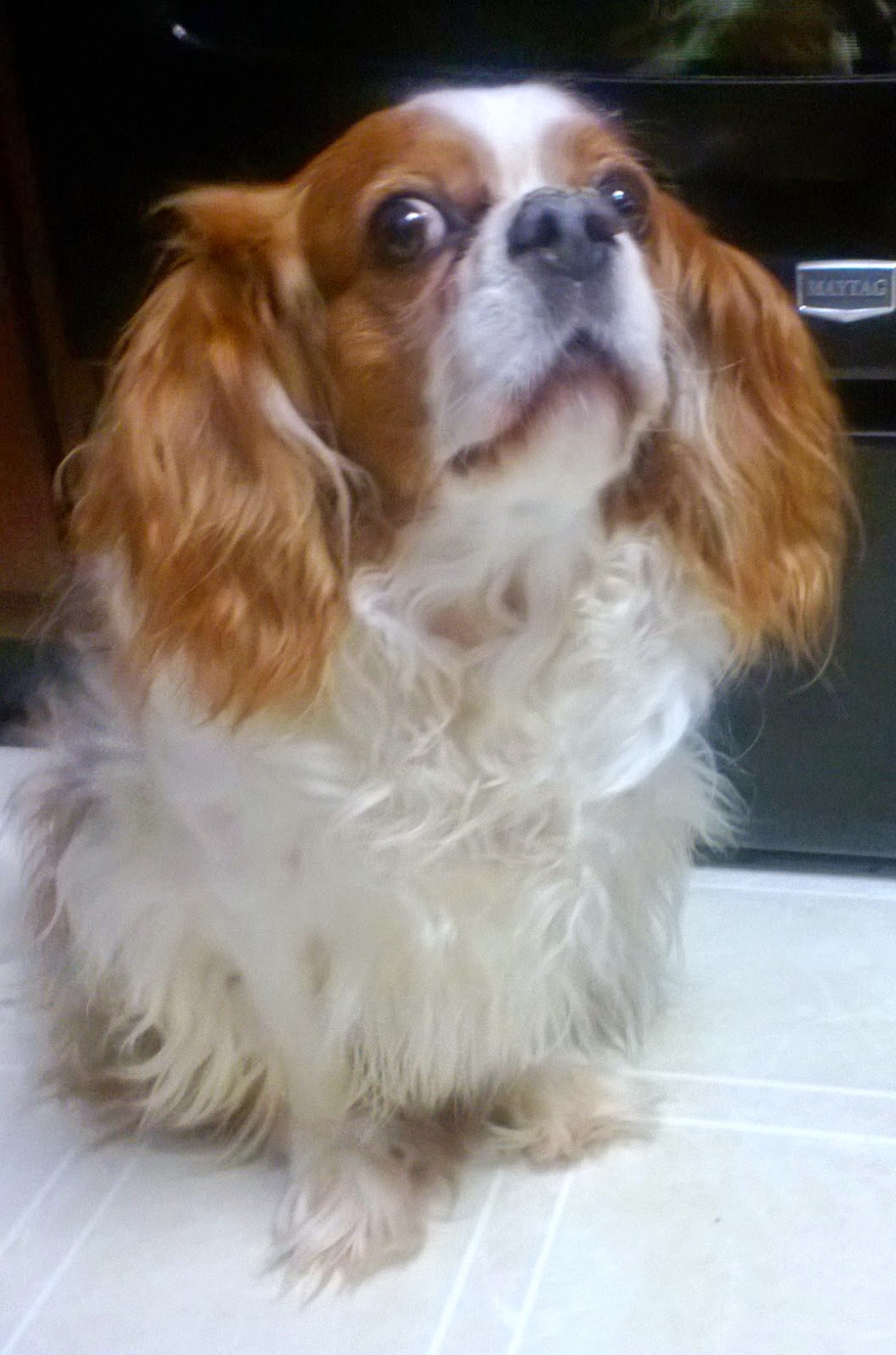 Best Acting - Comedy Series: Pretending the Dog Constantly Needs a Walk
Every little girl who visits me. The acting is very convincing. Have at it, girls; I don't care if you walk my dog a hundred times. We're good.

Best Acting - Comedy: "I Didn't Know This Needed to Go in the Dishwasher" Episode:
Gonzo the Teenager...so convincing. You almost believe that he didn't know where dirty dishes go OR that we put them in the dishwasher every time they are dirty. Classic.

Outstanding Original Song:
Tie: Hubzam's "Yak Smack Be-bop Boop Boo Deedle Doop" and Hubzam's "Cherdo is the Queen of America Song."  Both are enthusiastically performed each time Hubzam feels something needs to fill the dead air space. Special acknowledgement for including all the words to the song in the title.

Outstanding Achievement in Sound Mixing:
Whoever is in the downstairs bathroom right now...amazing...sliding the award under the door. Don't come out...really, it's fine. I wish the name "Game of Thrones" wasn't already taken.

Best Commentator - Reality According to Juggernaut:
Juggernaut. It's a thing of beauty, really. You don't stop him because you want to see how far he will go. It's like watching a shuttle launch.

Outstanding Video Journalism:
Magoo's 3 Minute Magic Demos (they are really fascinating). Extra credit for the fact that the viewer will keep watching it over and over, all while saying, "What in the world...how did he do that?"

Congrats, peeps and pups. Everybody, we're off to the after party!