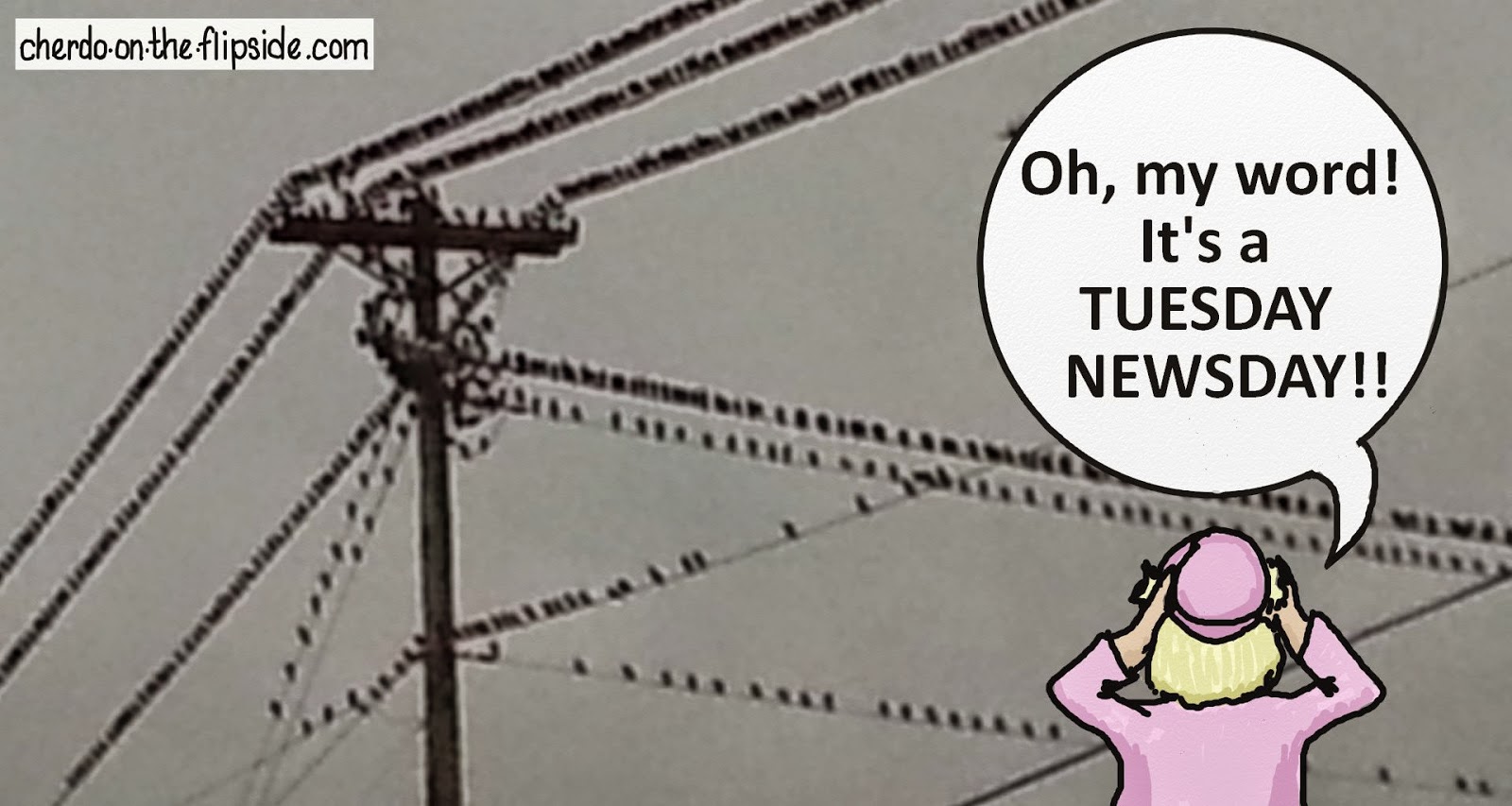 While sitting in my car at the stoplight, a strange feeling came over me as I looked at the sky above and realized I was surrounded by thousands of birds perched on every available telephone wire. A tornado of feathers swirled overhead. What was going on? Tippi Hedren was nowhere to be seen, nor Alfred Hitchcock...I knew it must be:  TUESDAY NEWSDAY.


Each day, as I indulge my news addiction, a few stories jump off the page and make me do a double take.  To be fair, these gems didn't get enough discussion for me, so let's look at them again.

Apparently, today's theme is crime and the young.

If I go to prison for jumping into a zoo enclosure, I'm going to use a stolen cell phone to call my baby for bail, enjoy a few hours of freedom and get back for an early bedtime. I'm all about that life.