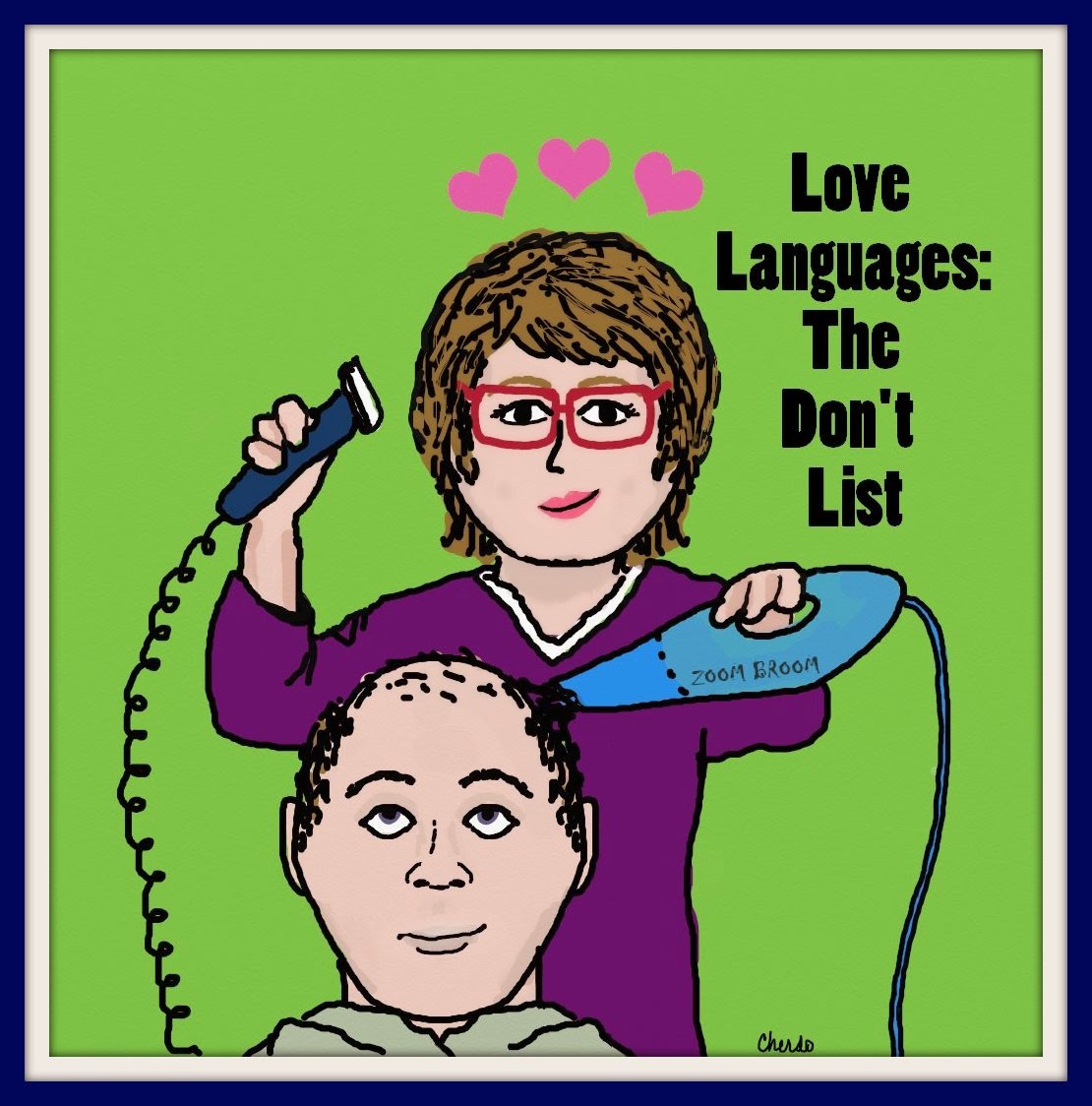 Of those five, receiving gifts would be the one that my Hubzam never requires (actually, it's a little irritating). The Man warns me preemptively that he doesn't want gifts for his birthday or Christmas. I rarely listen, but he makes it clear that gifts are not required.

Removing that "gift" love language from the list resulted in a new opening and allowed me to customize it. The modification makes it more realistic to our current Flipside-era of romance. I present to you "things I don't do" for love: