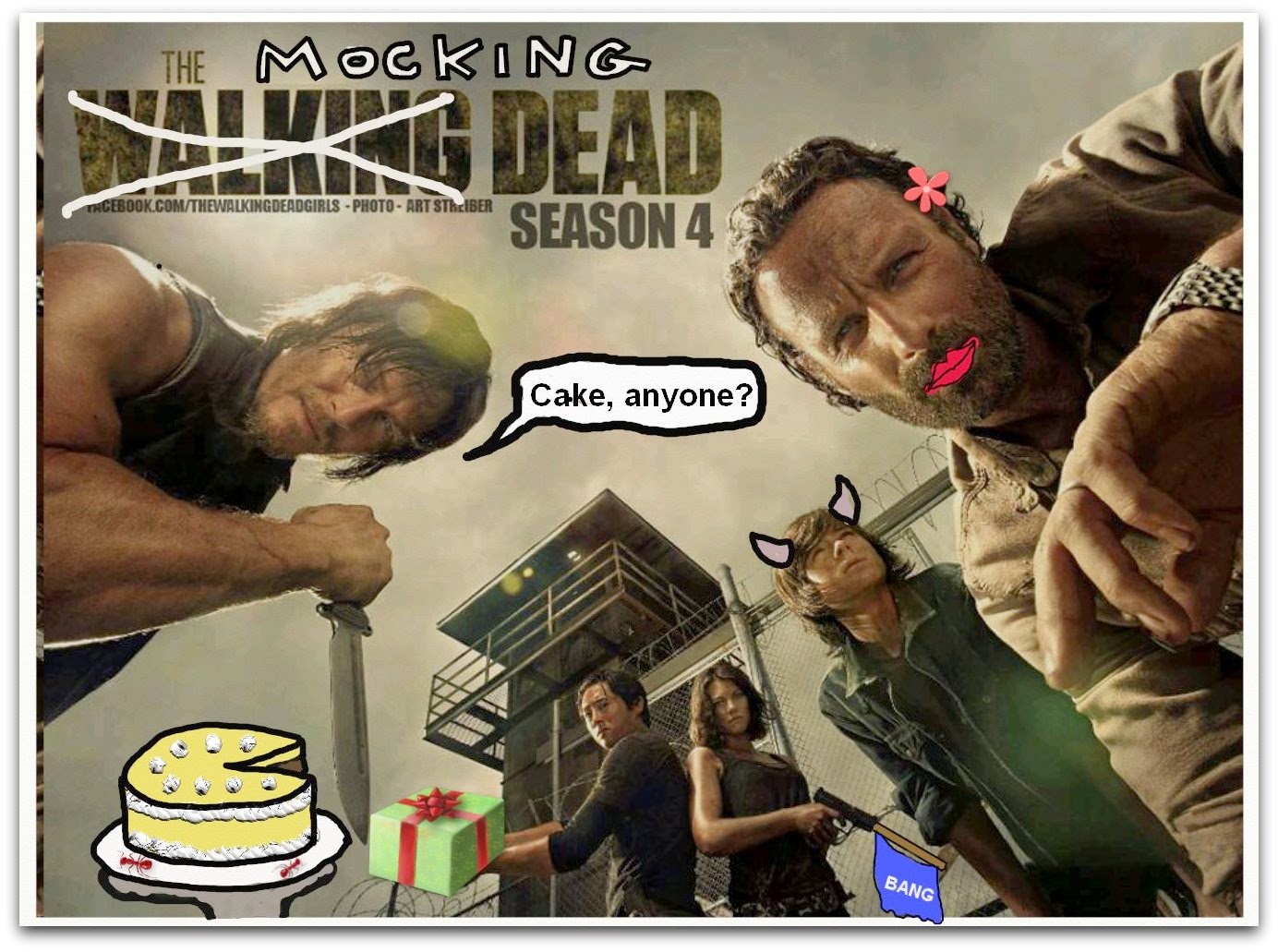 Since the 2010 pilot on AMC, my family has followed the series The Walking Dead.  If you're not familiar with the series, The Walking Dead is the story of Officer Rick Grimes, who awakes from a coma to find a world with more flesh eating zombies than the south has pinto beans. Throughout the series, various groups of survivors band together, experience the love and loss of their members, and regroup to move on down the road. Along the way, living people and walkers (zombies for the un-hip, non-TWD watchers) attempt to destroy the various survivors for reasons that include, but are not limited to, survival.

The first season was unique, in my humble opinion; it was a truly new idea for a weekly series. Officer Rick is quick to determine that the world is a different place from when he was admitted to the hospital and he sets out to find his family. Meanwhile,  his wife, son, and best friend are traveling with others and doing their best to stay alive, unaware that Rick has survived. There's a gratuitous romance between Rick's wife and his best friend. We learn that the way to destroy the zombies is to brain them, literally; shoot them in the brain or stab them in the brain. Just give those goobers some kind of brain damage, yada yada yada. Oh, by the way, stay away from Atlanta.

Everything else, plot wise, is very much like this: see zombie, kill zombie, hey that zombie used to be my neighbor, kill the zombie anyhow, stare and ponder dead zombies, oh-no-a-zombie-snuck-up-on-you-while-you-were-staring, enter new character who saves your bacon at the last minute, more zombies...more gross scenes with sub-muscular, blood mucked mondo skeletal funk monstrosities (I apologize for making up words, like sub-muscular, but I may do it again - perhaps the apology was premature).

The Fam (everyone needs a nickname, even my family) sat mesmerized and aghast as TWD reached new heights of drama, fear and necrotic sludge buddies battles. We watched with all the lights on, and I complained if the curtains weren't totally closed because clearly that created a point where our own yard zombies could look in the window. All curtain gaps were referred to as "zombie holes."

With the next season, I could see that the Fam was losing the zombie fear but maintained some of the affection for the series. Though we enjoyed season two, we didn't think it was the end of the world if we missed the most recent episode on the first showing. Television lovers know that is a sign that, in the words of B. B. King, the thrill is gone. Still watched it, but not as thrilling.

We complained that no one ever said the word zombie - they were "walkers." Come on, just once - call them zombies, just for old time's sake.

By season three, we rooted for different groups of survivors or walkers based on mundane or inane reasons. A new villain, the Governor, entered the series. The Fam popped popcorn and shouted suggestions for the actors.

The walkers were walking right into a Zombie Mockcapolypse. They were our snark prey.

We decided to turn off cable and get Netflix; we were mocking the television for way too much money. It insulted the frugalista in me. Besides, we found several YouTube options for poking fun at the series, like a clever concoction called Bad Lip Reading.

When season four finally hit Netflix this week, we were ready to binge watch once again, but the mock-love is a permanent fixture now. While watching, the banter was all about those illogical details we crave and question simultaneously. Apparently, we've got issues with germs and cleanliness.


At least they lost the Hyundai.

[Something is looking in the window at you. I'm just sayin'.]