Liberty and SATs for All 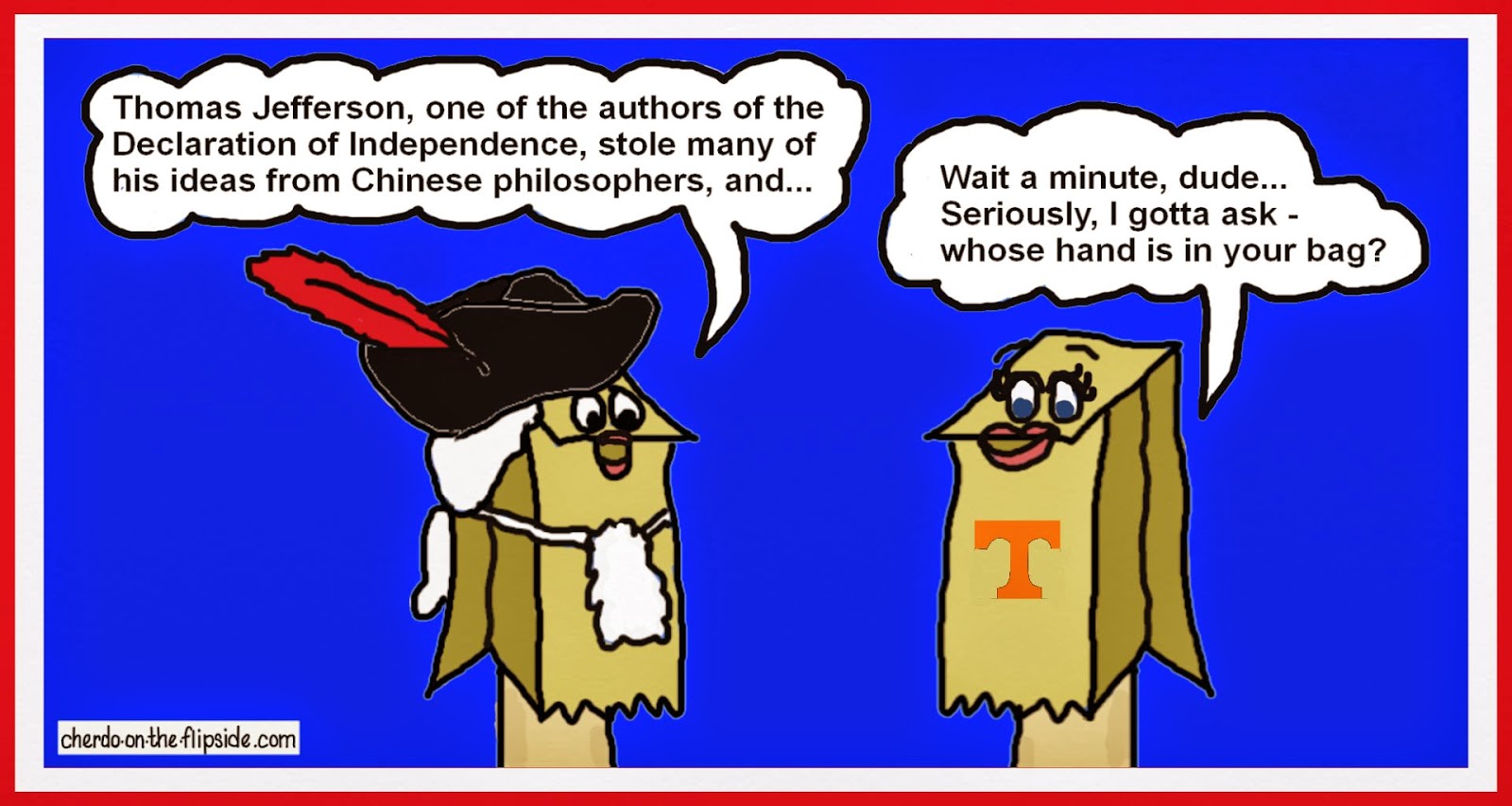 Whoa, buddy! Stop the presses on the revised SAT test!

Those folks at the U. S.College Board are trying to pull a fast one on the fine students of American colleges and universities. Let me rephrase that: they are being accused of pulling a fast one on the fine Chinese students who attend American colleges and universities. That is what China's official New China News Agency said when they heard the SAT revisions will include some of the U.S. founding documents. Those changes may appear as soon as Spring of 2016.

"Including content from America's founding documents in a revised U.S. college entry exam has drawn attention in China, with worries the materials may impose the American values system on students," the agency said.

I have a difference of opinion on a lot of issues with other countries, but when I visit them I know that they are indeed a foreign country and I'm just passing through graciously. Granted, attending college might be a little more intimate, but I still wouldn't expect them to change the entire culture of the country for me. If I were that worried about being tainted by a foreign country's ideas or culture, I'd stay home. It's the basis for my decision to stay away from Iraq, for example; it's not on my vacation list at all.

Slowly, I feel myself turning into my "love it or leave it" patriot father, God rest his soul, who would have advised the students to study in their own homeland if they didn't like this one. I didn't see that one coming. Well played, DNA; well played.

Back to the subject at hand, let's say the designers of the test cave and modify to appease the foreign student from China. If we include "The Selected Works of Mao Zedong" as part of the test, is that fair to American students who would be impacted by Chinese value systems - and are going to school in America? I'd like to think that the American student would read a passage about Mao Zedong, answer the question tied to that passage, and go on with the test. I doubt they would give it another thought.

Sounds like "someone" is afraid that "a certain group of students," bright and intelligent, would read about America and think "hey...that makes sense." The world just can't have young people walking around making decisions about their future like that, is that the deal?

This thing has inspired me to ask the test designers to make a whole section entitled: "WHAT IS SO FREAKING AWESOME ABOUT AMERICA." Hey, we're complainers, but we live here. There's a whole lot of awesome in the good ole' USA.

But that leads to another issue: if they are going to modify it for the Chinese students, what about the other countries? This is a bad precedent if favor one group over another, right?

Even more importantly, what about the American students that think math and science is from a totally different planet; they don't speak the language? Don't they have rights? Can we modify the SAT for them?  How about a few hints that they can review before they answer?

Suggested modifications for Algebra and Chemistry for the non-proficient students:

Question:
True or False: Group 1A on the Periodic Table of Elements contains the Alkali Metals.
Hints for Chemistryaphobic students:
a)  The answer rhymes with "flu."
b)  It's not the answer than rhymes with "balse." Balse is not a word, by the way. Don't write it down. We repeat: don't write it down.
c)  Are you still sitting by the Chinese kid? Cover your eyes like you have a headache and look to your right. Hurry. That kid is not lingering on this question; he'll be flipping the sheet over soon.
d)  False just sounds so negative. I'm just saying. You don't want to start college with negativity.

There's no easy answer. Oh, wait - there is! You have a test that is required for college admission and you provide an empty chair to anyone on the planet and invite them to make the effort to pass the test. Enroll students who have adequate scores and who truly wants to participate in the American educational system.