2 Days to Halloween: Reality Can Be Pretty Scary 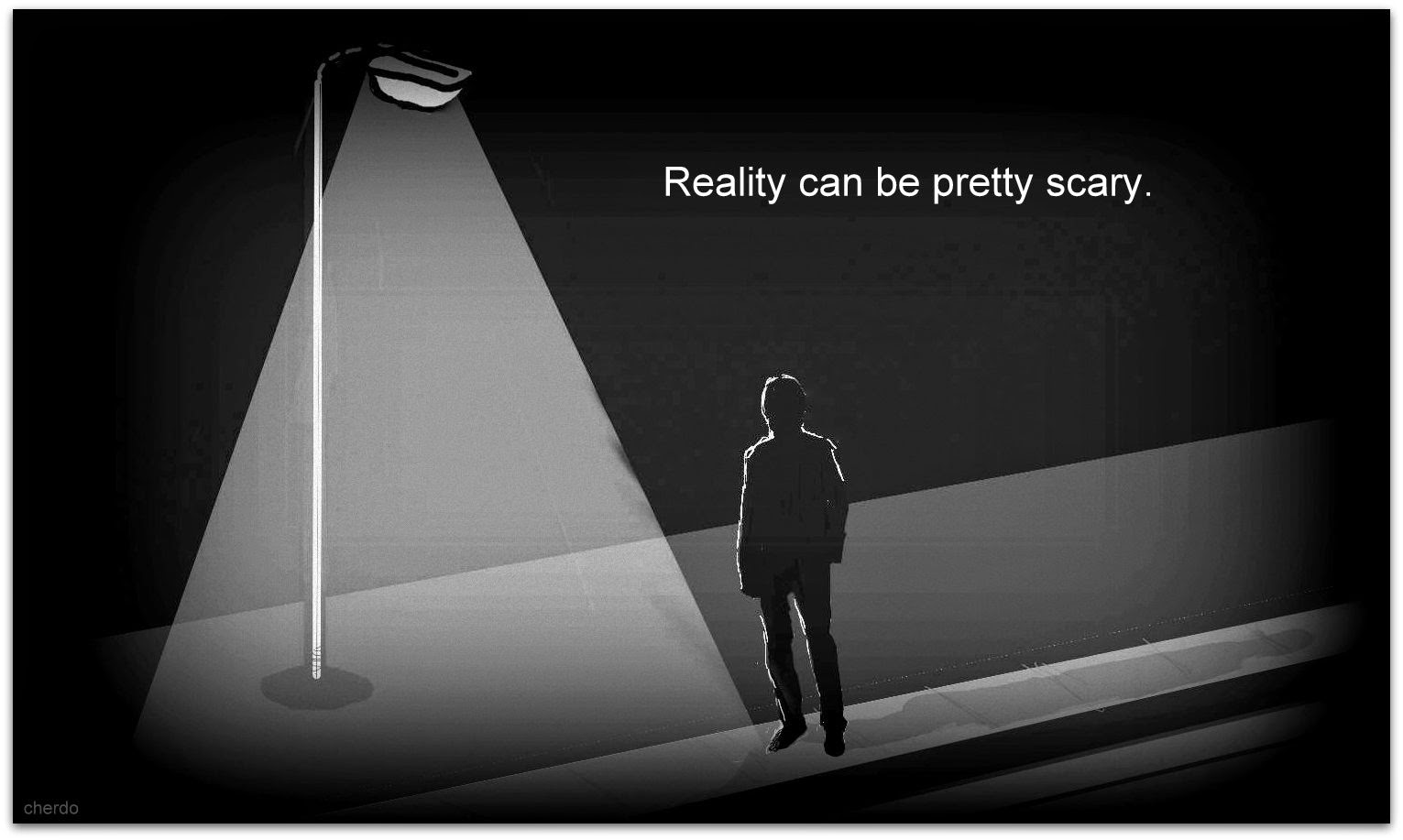 It's Thursday, and Halloween is tomorrow - do you count that as day 1? We've been having a debate about it. Seems like the sort of thing you'd want to mention on the first day of a series, eh? Just to clarify, these meanderings are not the scary part (ha ha).

Today's scary post is based on reality. A few weeks ago, Stephanie Faris (most excellent Tween author, plug, plug) ended her post with the question:  "What is the scariest true story you've ever heard?" and I posted my own scary story - something that actually happened to me. One of my readers thought I should add it to the lists of scary things leading up to Halloween. I aim to please.

It's not exactly a ghost story, as you might expect, but it did haunt me for a very long time.


When I was about sixteen I was walking to a friend's house on one of the main roads in my home town when a car pulled up and asked if I needed a ride. Never, ever would I consider such a thing, even though this guy appear normal initially. He was wearing a white dress shirt and I could see he has a light colored coat on, like a trench coat - only it was really wrinkled, like it had been pulled out of the laundry basket. Of course, I declined the offer and barely slowed the pace of my gait; in fact, I started walking a little faster. Looking around me, I wished someone was nearby but I was on a part of the street that had several businesses that closed at five and it was already dark.

Then he parked the car and got out, still talking, "Hey, what's wrong, I just wanted to give you a ride." That marked the beginning of the scary part; I couldn't imagine why he got out of the car. I looked over my shoulder and realized he was walking very quickly towards me.

Frantically, I ran and looked for some place to hide - I was afraid I couldn't outrun him. This incident happened to occur right in front of a garden/plant nursery business that had a pretty big lot. Piles of bagged mulch and seed lay all around on pallets. The biggest maze of pallets, however, consisted of some baled straw stacked high. Weaving in between the stacks, I found a dark corner to crouch down and hide. He followed me, but didn't see where I went after I ducked behind the first stack. For several minutes, I could see him under the security lights, looking for me and cursing under his breath. It was the most vile, nasty language. He was so angry; he was stomping and looking all around. He sounded like evil personified, and that face was burned in my brain. Pure fear can do that, I believe; it can imprint a powerful image till you can't forget it - even if you wanted to do so.

As I hid, thoughts raced through my head so fast that I felt like I had lost the ability to comprehend. What in the world was this guy thinking? What was his plan, had I said yes to his offer of a ride? How long is he going to keep looking for me?

I understand what they mean when they say "an eternity passed." In reality, it was probably ten minutes - but I remember each second so vividly. He finally left and by that time my whole body was shaking and I felt like I couldn't breath. I stayed in place for a while longer because I thought I saw his car pass by again. When I thought the time was right, I ran in the opposite direction, constantly looking all around me.

Two years later, I saw that same face on television when they caught a known serial killer. I knew that face with absolute certainty; I'd seen it many nights in my sleep.


They said all his victims had the same look - it was exactly how I looked, too. Same color of hair, same basic style.

I dreamed about him coming back until he was executed.

As I typed this out tonight, my hands began to shake again and I felt like my body was vibrating. Maybe I'm subconsciously trying to reject the memory.

Reality can be pretty scary.