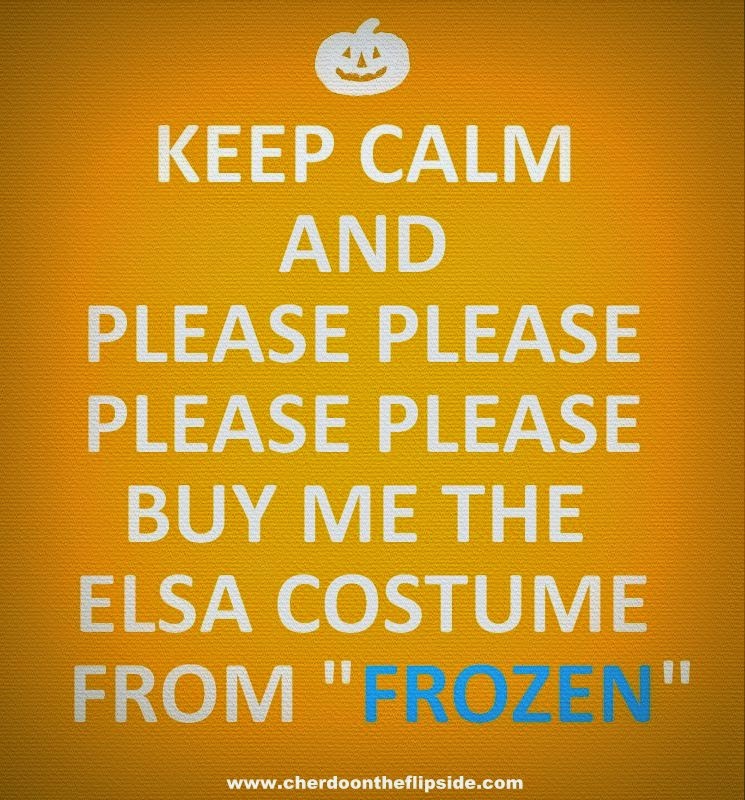 We've all heard a version of the cheeky saying about how we are all unique - just like everyone else. No where is that more apparent than with kids and Halloween costumes. The scariest Halloween fear for some kids is that they won't get the purchased costume that will make all their Halloween fantasies come true.

Costumes made by Mom were the pits in the minds of my friends. No hot plastic mask? No shiny, flammable material (I'm a geezer)? Are you crazy?


Marketing executives everywhere should be patting themselves on the back.

In my various excursions into the deep, dark recesses of my local "department store" I keep running into mothers with children in the throws of full-on costume angst. Begging, pleading, rejecting and cajoling; it's an art form, really. I feel sorry for these poor parents when those children are teenagers.

If you listen to the banter, everything kids say indicates they want something special...and then they pick a costume on the rack of thirty exact copies. Apparently, Elsa from the movie Frozen is a hot ticket this year; it was mentioned over and over.

I also feel sorry for the parents who have to put up with tantrums from teenagers. Really? What are those kids doing in the midst of a bunch of kiddies? And girls - what are you thinking? Oh, wait...they're buying costumes that look like working women involved in some kind of roll playing (in a bad way).

Somewhere on the path to adulthood, the serious Halloween enthusiast will look in the mirror and say "I will not be caught dead in the same costume as someone else at that party." Yeah, buddy...that's the spirit.

Wearing the same costume as another adult...oh, the humanity! And the sure-fire way to make that fear a reality is to purchase a costume. This is the Halloween flipside.

I've won a few Halloween costume contests because I am not afraid to humiliate myself. While working for a healthcare company, for instance, I dressed as a Witch Doctor and wore one of our "preferred provider" name tags. I've carried around a cereal box with a knife in it (serial killer) on one Halloween when I needed to be in important meetings. Once I dressed up as a cow, put a ring in my nose, wore a bell around my neck and carried a bucket for a purse all day.

Poor Hubzam is not immune. We went to a party as a Caveman and his Cavewoman once.

You get the picture...delayed adulthood masquerading as true adulthood. When adults do Halloween, they're serious about it. 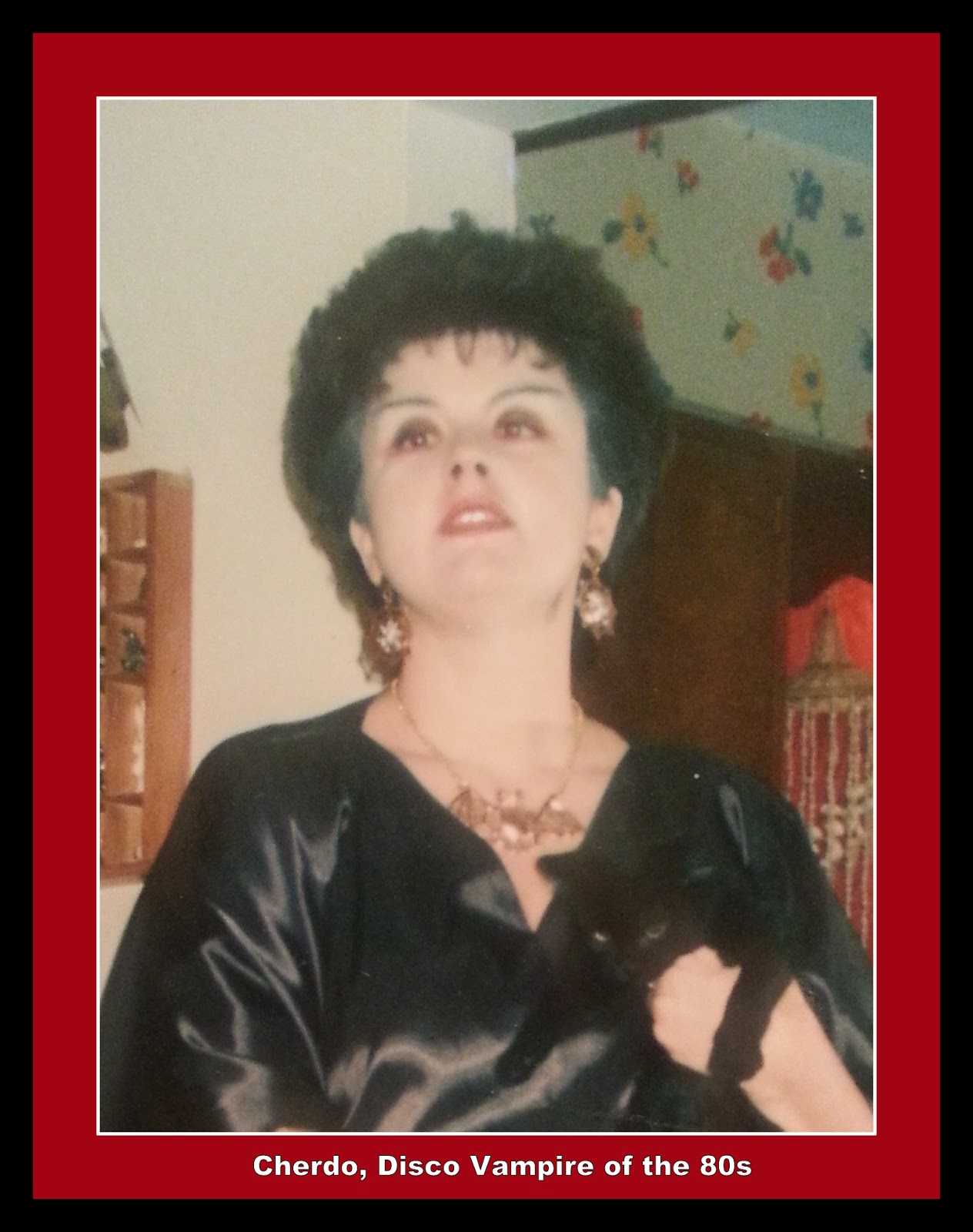 [No...I don't look like that anymore...it was a long time ago. A bit of trivia: I couldn't see without glasses and I had one wandering eye, yet I walked around like this and I still don't know who was at my party.]