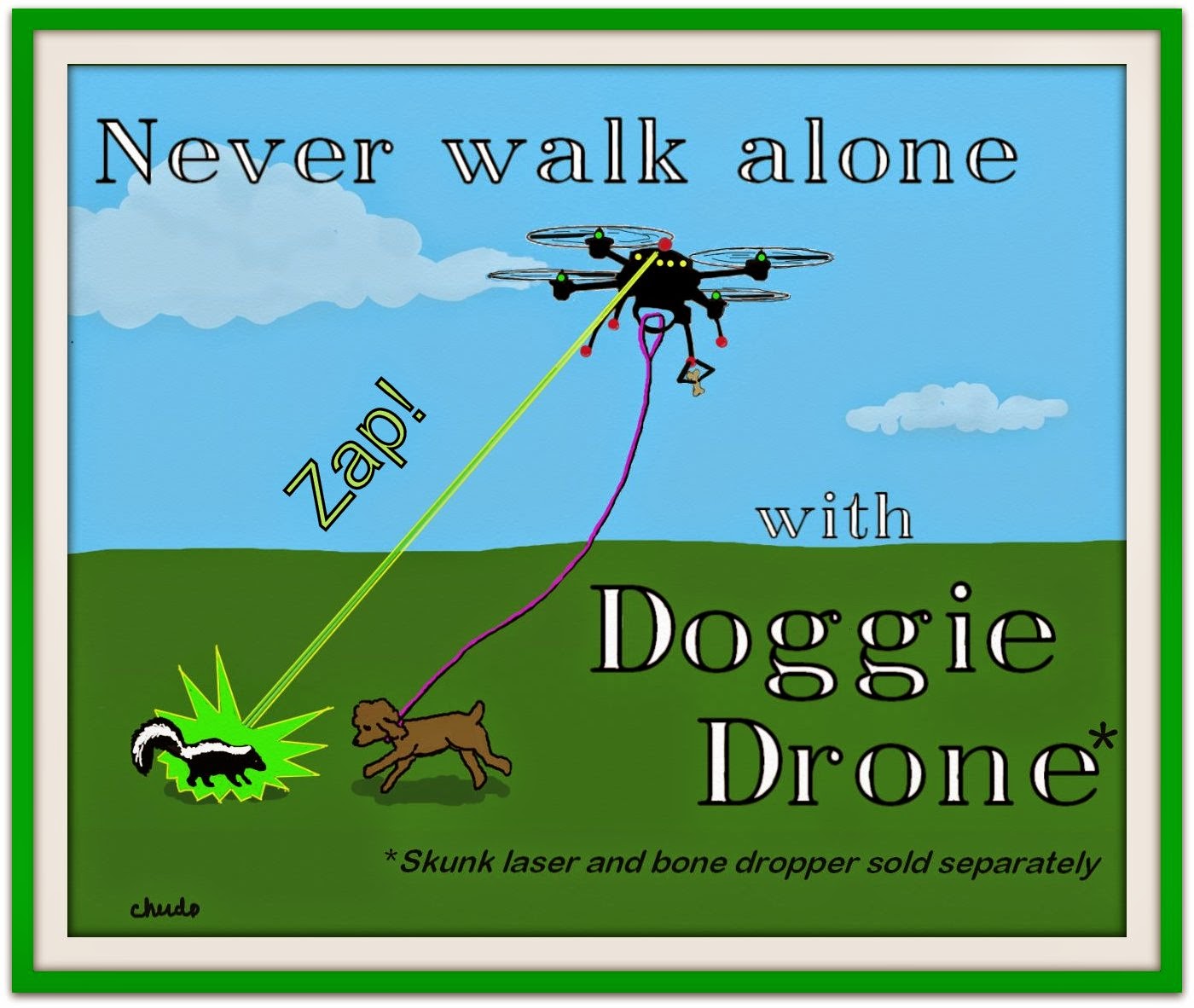 After Coco the Wonder Dog was dog-napped (I know, I should shut up about it already), her free wheeling days were over, basically. No more will she frolic like the wild, exuberantly feral poodles of France, running freely in the fields. Any time she is outdoors, she is with someone - and she's on a leash. At night, when it is pitch black outside and a long trot to the street, I could trust her to attend to business and return quickly. Coco is like a little kid who is afraid of the dark.  It's the skunks that I don't trust, and they are also outside making the rounds. The last thing I want to happen is for me to open the door and have her run indoors after being hosed by an irritated, stink mongering pole kitty.

It makes me mad to think that I have a three acre yard that was fine for her running and exercising, but I can't control the neighborhood kids who will call her away from her yard. Not that I'm bitter.

Walking the dog is not that much of a chore but it is something that has to be done three or four times a day, regardless of weather, illness, guests, and just plain laziness on the part of one or more of the family members (and yes, that includes me). After all, this dog is six years old and I'm pretty well set in my ways, too. She was on autopotty till last January.

Remember, I'm a flipster, which is just a nicer way of saying "geezer", the synonym of flipster. You learn something here every day, don't ever doubt it. You're welcome, pop culture enthusiasts and AARP cheerleaders.

In this age of technology, there had to be a solution to my doggie duties dilemma. Little, flat, robotic carpet and floor sweepers are everywhere; set them up and they will do their thing. They have one purpose in their mechanical lives and they seem to do it well. I pondered a yard robot, a yoomba, if you will. Could the yoomba handle the pre-mow grass, and still hold on to Coco? The more I thought about it, the more my inner voice cried, "Ah Yoomba, schmoomba..."

Suddenly, the imaginary light bulb above my head flipped on as I considered other existing technologies that I might modify to solve my dog walking problem. I need a Doggie Drone.

Already equipped to hover, terrain is not an issue for a drone. Besides, the greatest part of my yard is flat and clear.

Standard equipment with the Doggie Drone would include a doggie leash of adequate length (retractable, of course). The drone would be able to keep up with Coco and she could regain some of that run time.  This idea was sounding better and better all the time. But optional modifications would be available on my drones.

Now that I've seen the Amazon drone, I'm thinking my Doggie Drone might also be equipped with a box of dog treats. A dog will do everything faster when the task completion is rewarded with a treat. Skunk lasers are probably a night time necessity, too. One might argue that skunk tasers would be more humane, but I'd still be afraid the skunk would raise a stink about that.

Once everyone is using them for dog duties, I'd sell the data collected by the doggie drones across the nation back to the CIA at a government contract inflated price. Entrepreneurs need a plan B.
Posted by Cherdo at 12:30 AM