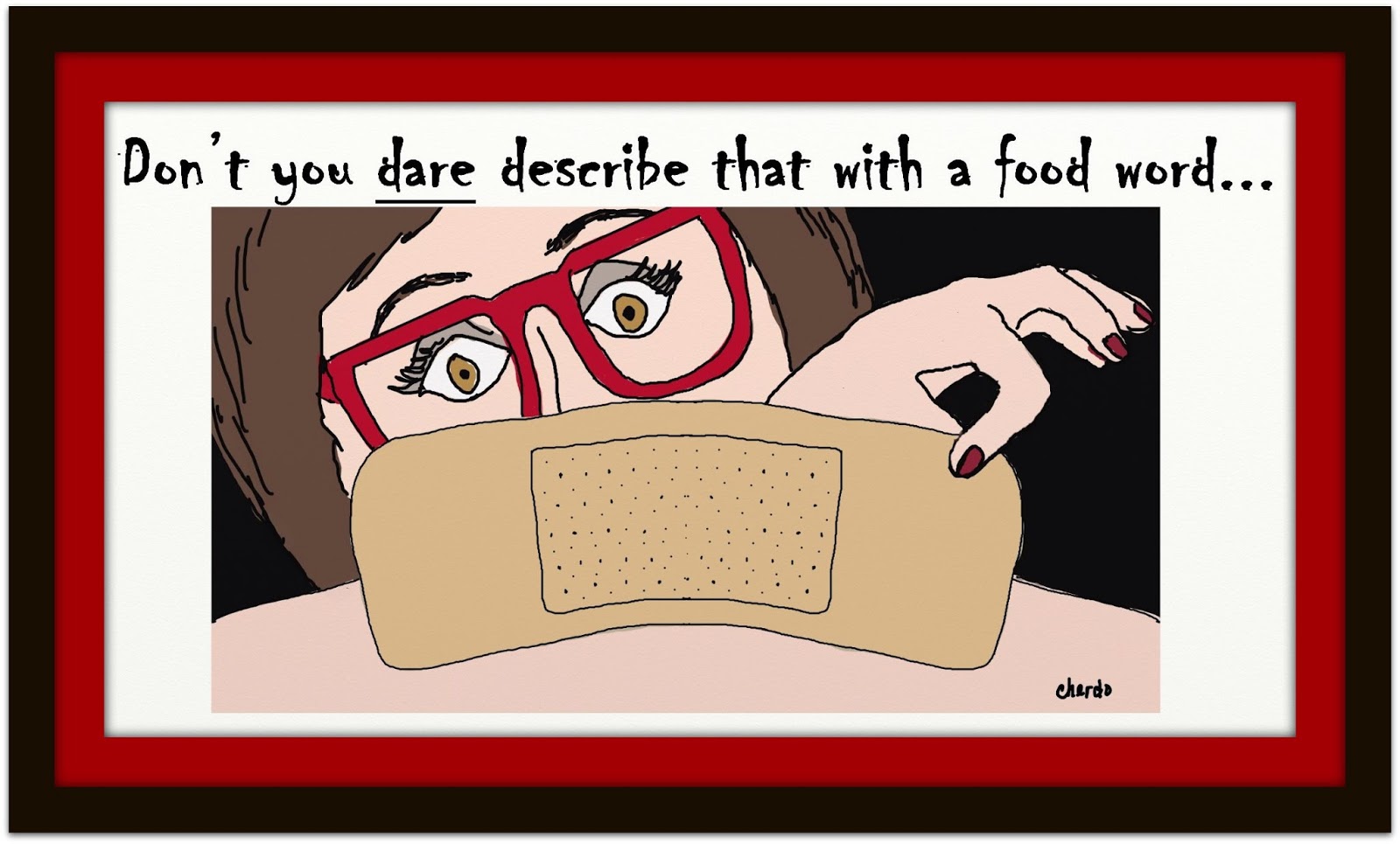 This topic has been on my mind for years - even back when I was a nurse myself, with Flo Nightingale, it bothered me. It's not limited to nurses, however. Doctors do it. Nurses' aides do it. Publications do it. Before I break into song, someone explain this to me:   What possesses people to use food words to describe funky diseases or medical conditions?

Actually, I've never seen a big uproar about this, though some might chime in if I mention how distasteful it is (no pun intended).


Think about it:
Every time I see terms like that, I have to ask: can't we come up with another adjective? Mr. Webster wrote a whole book of just words and meanings; any phone that can handle an app can download a free dictionary - or better yet, a Thesaurus.

I've thought about rebelling against this trend and just taking it over the top by using food terms inappropriately everywhere, and see if I am asked to explain what I really mean.

I said things like:
This small protest may cause humanity to change their ways. We've evolved, linguistically, people!

Then again, there's nothing that sounds dumber than walking around doing the dumb thing that you thought was dumb enough to deserve a soapbox.

Before I abandoned the rebellion, I did call the five grocery baggers, all grouped around the cashier but doing nothing, "a cashew cluster."

They just smiled and said "have a nice day, Mrs. M!"