Is Geezerdom on the Horizon? 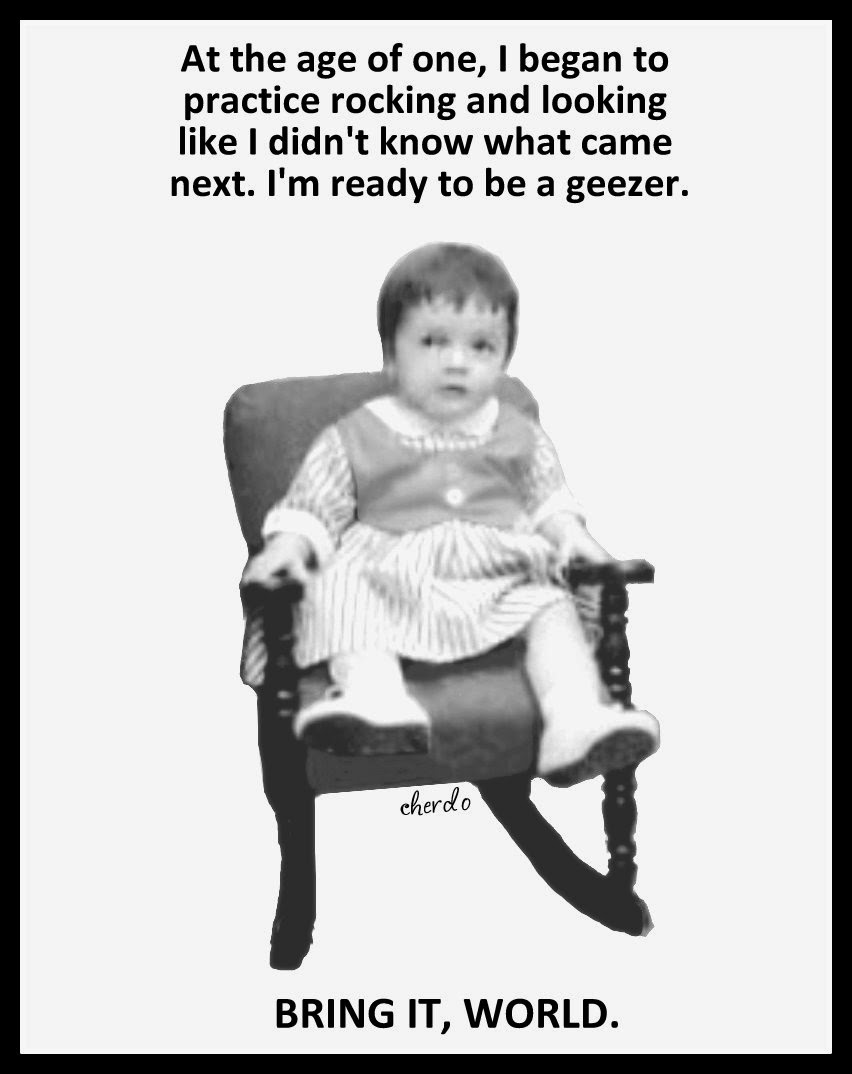 How do you know you're a geezer? If I had a nickel for every time I was asked this, I'd have a...oh, never mind.

I can only address my own personal journey to self-awareness of my own geezer potential.  This doesn't cause me alarm; I've been preparing for the rocking chair since I was a tot. Lately, however, I've had several clues that indicate geezerdom may be nearer than I thought.