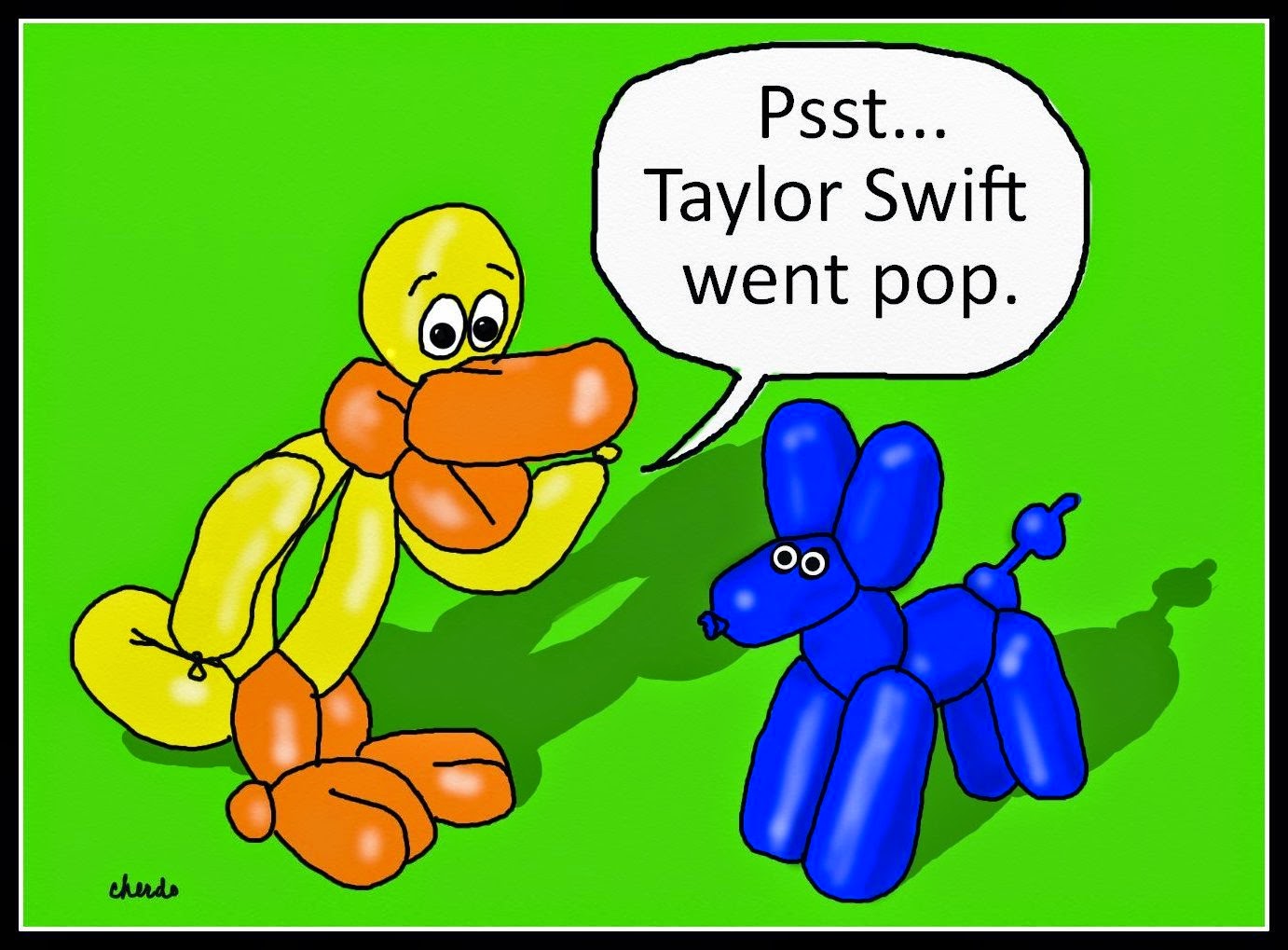 Now, I'm sure that there were those who didn't like her music before and there may have been others who like her music - then changed their mind. But the main flap I'm hearing (and it has to be prevalent to get on my useless - nay, near oblivious - radar) is that Taylor has gone pop and abandoned her country roots.

I don't care. That sounded a little cold.

Let me expound on the topic by saying that I don't know why anyone cares. I can't stir up true emotion for people I don't actually know; she could be the offspring of a Stepford wife for as much interaction as I have or will ever have with her personally. We don't move in the same circles, shockingly. All I will ever see if the "persona" that she, or her team of public relations professionals, want me to see.

Again...it doesn't matter to me. Whether she sings country, pop or dances the hanuma wannama while eating a banana has no bearing whatsoever on how my day will roll out...or unravel. The act of purchasing Swift's recordings is now, and will forever be, optional. As a matter of fact, it doesn't affect the Taylor haters, either. So, what's their beef?

If you don't like something, ignore it. It's easy to NOT buy an album...I've done it for years (talking to you, Marilyn Manson). In fact, I'll probably not buy albums I despise all day. It's hardly aerobic; no sweat. Try it. Think of a song you don't like. Now don't buy it.

If I were in the market, though, you could do a lot worse that Taylor Swift (Bjork). She has talent, can hold a pitch, writes her own stuff and darn it, she is cute and peppy. I'm not even part of the overall fan base and I recognize those characteristics as being crucial to fame.  If she is laying in an alley shooting up heroin with a Jihadist, it's news to me - and I like that, too. I don't want too much reality with my music icons (George Michael, Justin Bieber, Jerry Lee Lewis, Axel Rose, Tommy Lee...just so you know).

DISCLAIMER: I am not now nor have I ever advocated laying in an alley and shooting up heroin with a Jihadist. Honestly; I'd find that counterproductive and a real career killer.

Taylor Swift is young, beautiful, talented and rich and laughing all the way to the bank...you've got to expect the haters. Rationalizations for this hate is all over the internet. If someone is genuinely put off by her existence, I propose the appropriate action is silence and of course, don't buy the merch. Boom. Good comeback, public.

I'm no expert on Taylor Swift music, but I do love this song. Not a hater; hate the hating.