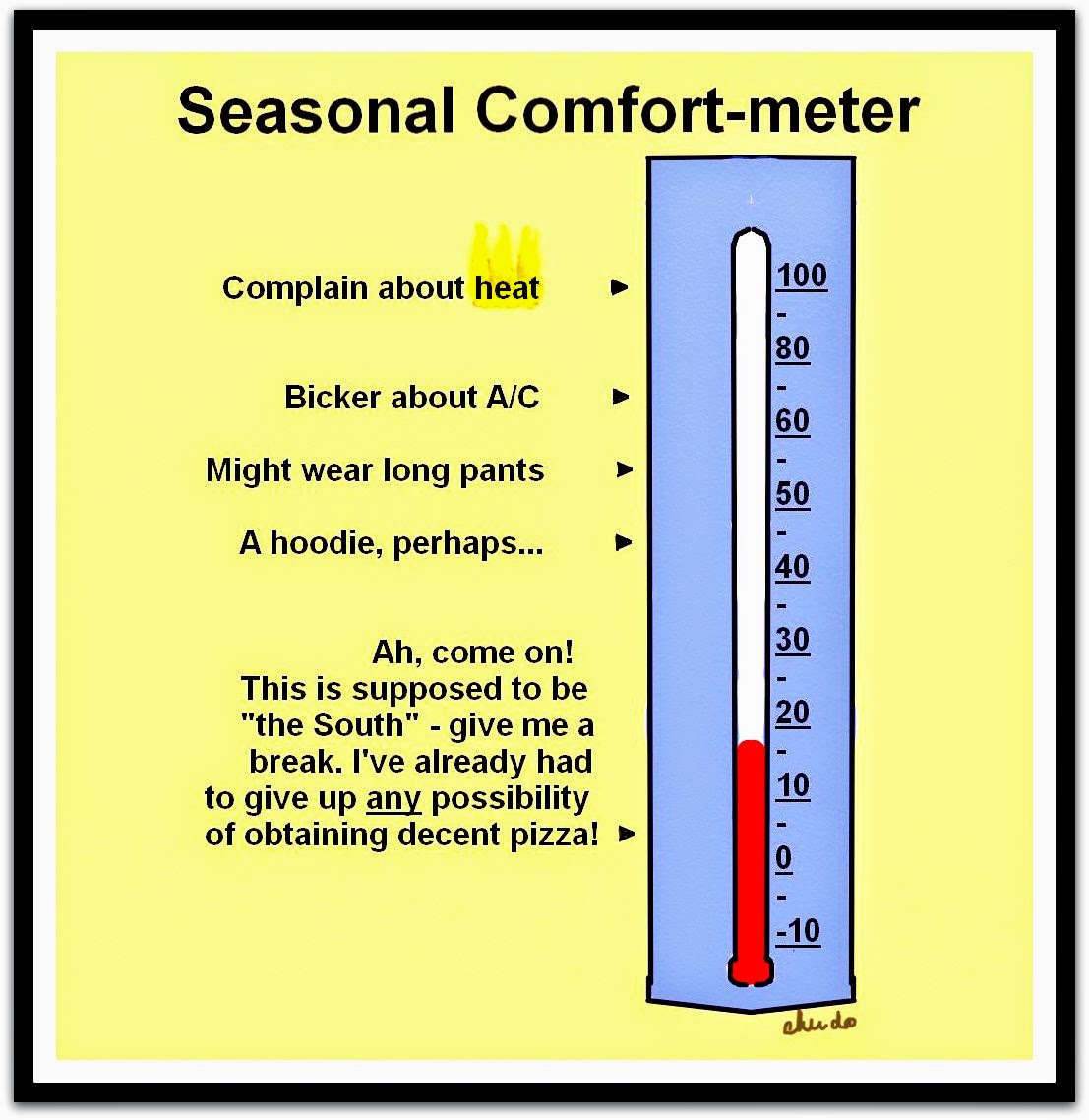 
During the season of "Winterish", there is a chill in the air and the arrival of the first frost is hotly debated by way too many people. There's usually some snow somewhere along the way, but no snow drifts or potential snowmen can be projected for any given year.

[Ohio friends: I wish you could see what happens in Tennessee when someone says the word "snow" on the weather report. First of all, everyone rushes to the grocery store and stockpiles like it's World War III and they're battling it out south o' the Mason-Dixon. You can't buy a loaf of bread or chili beans...in Tennessee, all cold weather is greeted with a crock pot of chili. Long before the first snowflake is actually seen, kids huddle around the television and wait for school to be cancelled. And it frequently is cancelled. The first time my kids told me school was cancelled, I told them they had to be wrong - I looked outside and there were about six snowflakes floating around. I was wrong; they cancelled it.]

Prior to this year, I've managed to go straight through to December without putting on a coat or abandoning my oh-so-comfortable high dollar sandals. Oh, it has been chilly and cold in past years, but not enough to bother me. Long sleeves usually do the trick. While walking through the stores, I'd be comfortable, yet see others in big winter coats and scarves complaining about the cold.

I confess, I felt superior in an insane, meteorological way. Like I actually knew Al Roker and he controlled weather for me; we all know that feeling.

The first cold snap of the season is here and apparently, I am becoming an actual native after living here for twenty-four years.  As the temperature dipped below freezing, I felt every stinkin' drop of the thermometer. Brrrr!  Totally out of character for moi. I've actually changed plans because the cold felt so miserable.

All this must be leading up to being the old spouse, griping about the cold and arguing about the thermometer settings. Complaining about blanket ownership and forcing my Popsicle toes on my unsuspecting (and hot blooded human bed warmer) husband - I can see the future. I'll probably get a heavy babushka and shawl and start talking with an eastern European accent to complete the picture. I'm cold, ya'll. For the first time in my life.