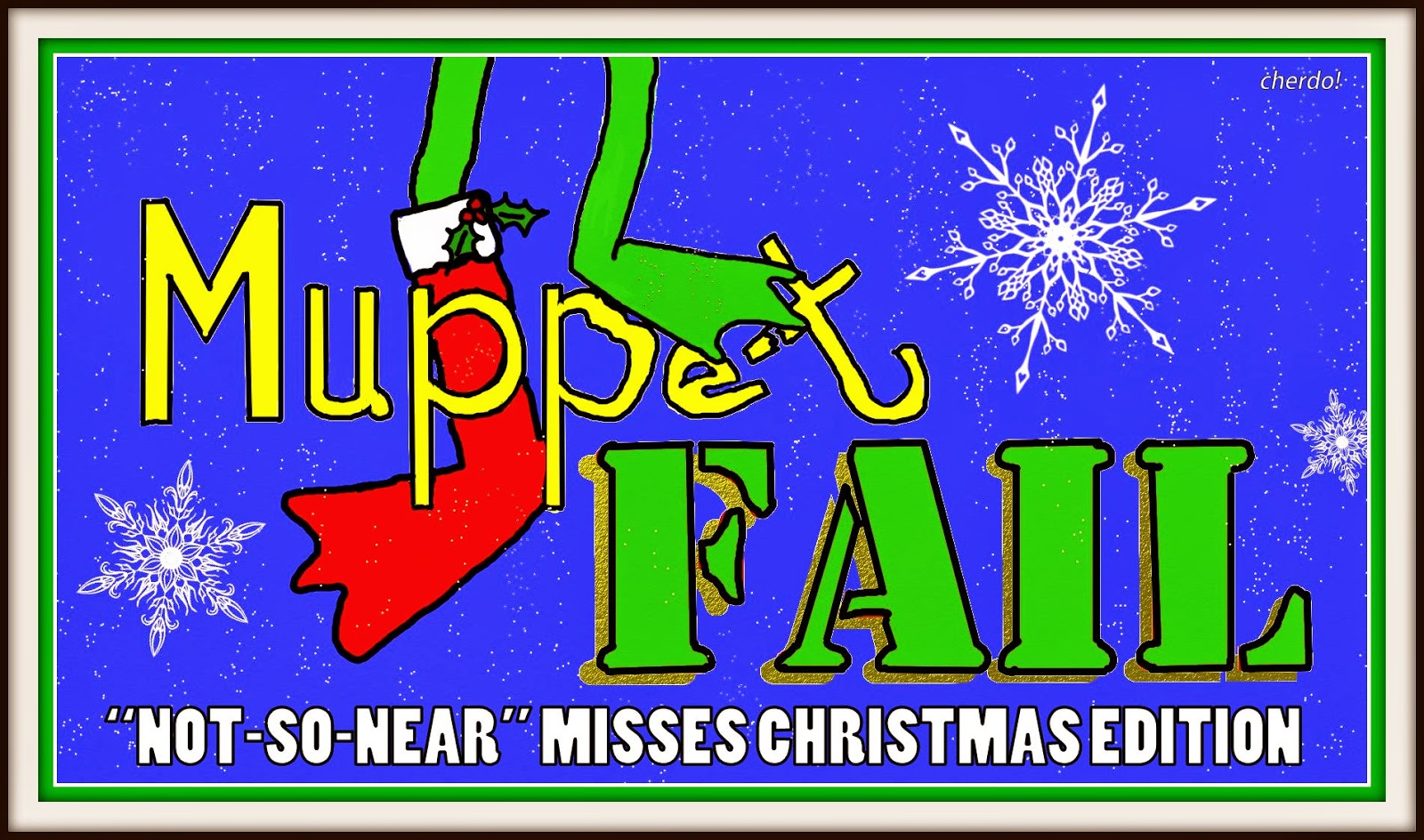 Once again, we address the sad saga of the Muppets that didn't make the cut, the overlooked creations that were tossed aside with no regard to how felt...felt.

You may recall our old friend Hairy Joe, sidekick of Ásbjörn the Icelandic Foreign Exchange Student from the November edition of Muppet Fail:

"Hairy Joe never clicked with audiences. You either love  yellow demon eyes or you don't; it's a polarizing look. The twisted horns reminded people of...well, you know who. The look on his face never changed: yellow eyes, staring ahead, mouth gaping open...steam rising from his lips. Hairy Joe never met a comb. He had an odd smell, more like a real mountain goat than a felt covered prototype."

Never one to be easily dissuaded, Hairy Joe reappeared at the Muppet studios once more in December claiming to be Joe Henson, cousin of Jim - which didn't go over very well. Turns out, they're kinda of touchy about random use of the name Henson. Who knew?

In the spirit of Christmas, Hairy Joe brought his "A" game by dressing as a stoic, but jolly (he claimed) character he called the Ram-elf. For a brief period of time, it looked as if there was some genuine interest in ole' Joe. When one of the Muppeteers tried to put their hand in the Ram-elf "muppet", a spontaneous burst of incontinence revealed that Hairy Joe was an actual animal.

So close, and yet so far.

Defeated, Hairy Joe went back to his humble joebode and tried his hand at greeting cards. He's looking into getting fitted for blue contacts. 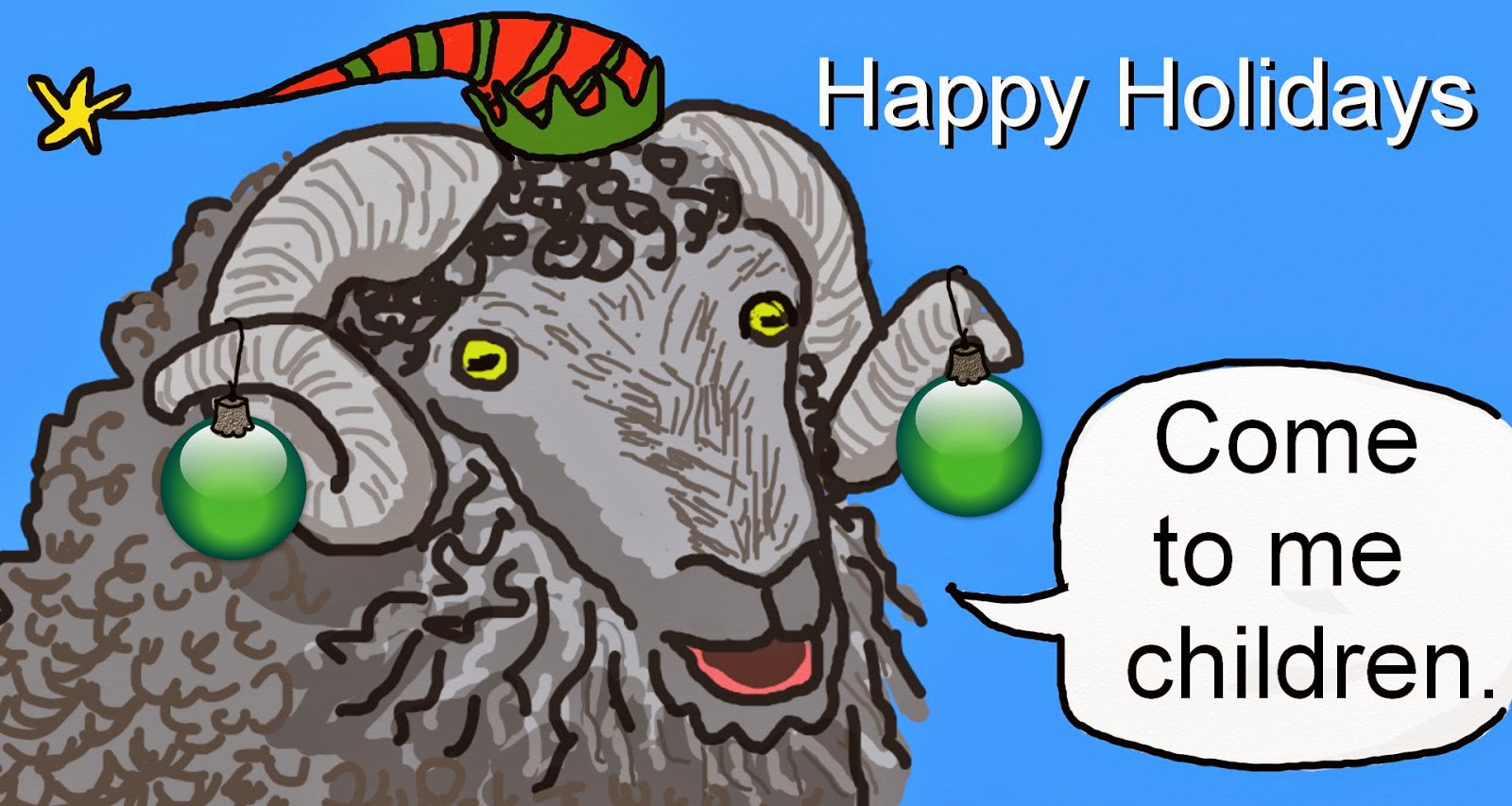 Another failed muppet was Wartburg, the Christmas Angel. With his green eyes and lumpy brown skin accompanied by a puzzling scent of rotted mulch, how could any child resist him?

Wartburg's backstory was that he represented things that children saw outdoors in nature that might be frightening, like a big bumpy toad. With his big toady smile and stellar manners, he would win the children's trust and become a household name. Kermit was yesterday's news. The potential for educational opportunities looked  endless. The creators truly thought this would have a calming and comforting effect for children.

During the character pitch, one of the creator's (nicknamed The Moron by co-workers) happened to say, "...and you don't have to be afraid of Wartburg, he's already dead."

If only they could have foreseen the reaction of children when confronted by a dead toad muppet. I mean, really, who saw that one coming? 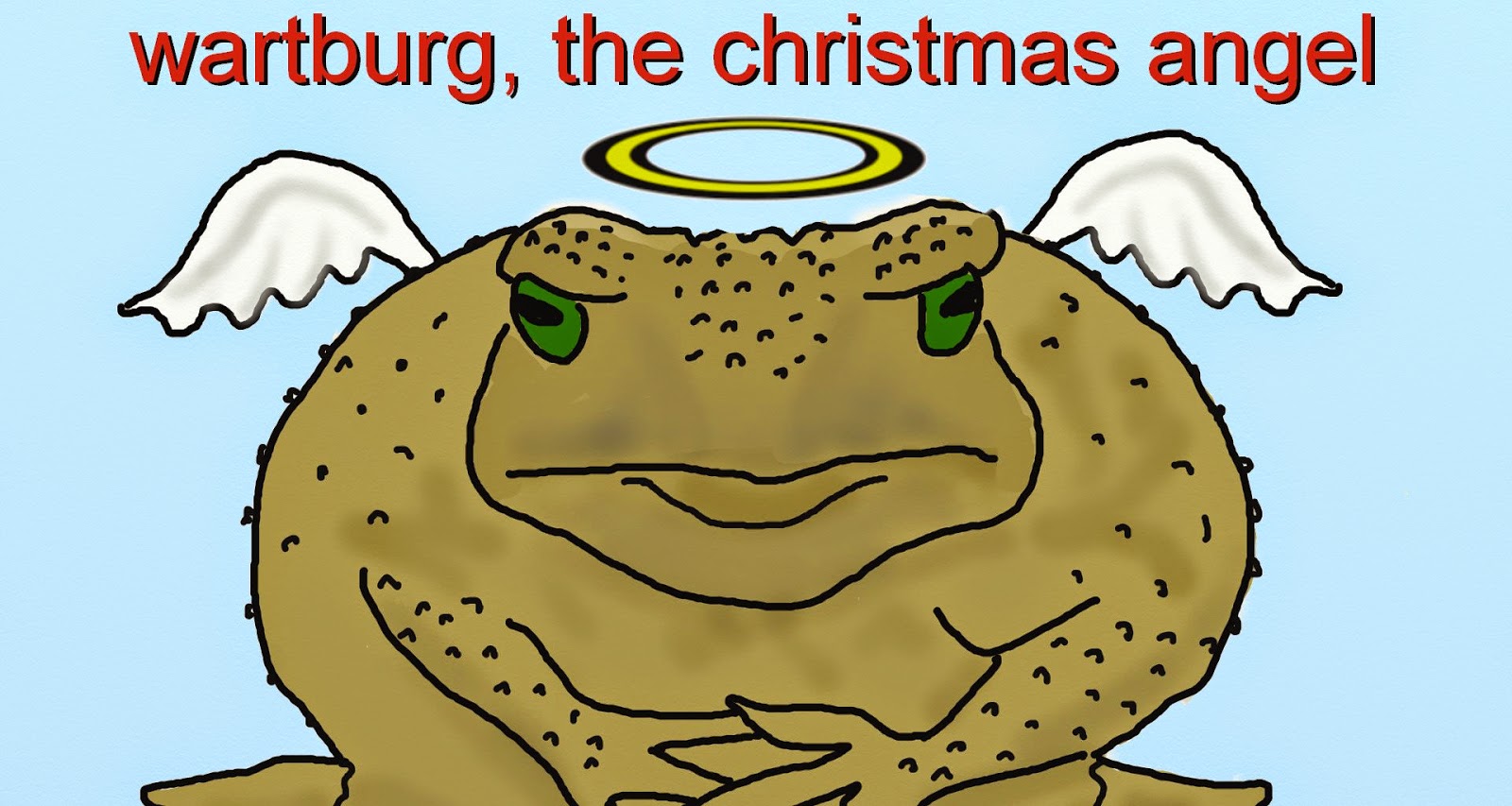