No Snitch on My Shelf 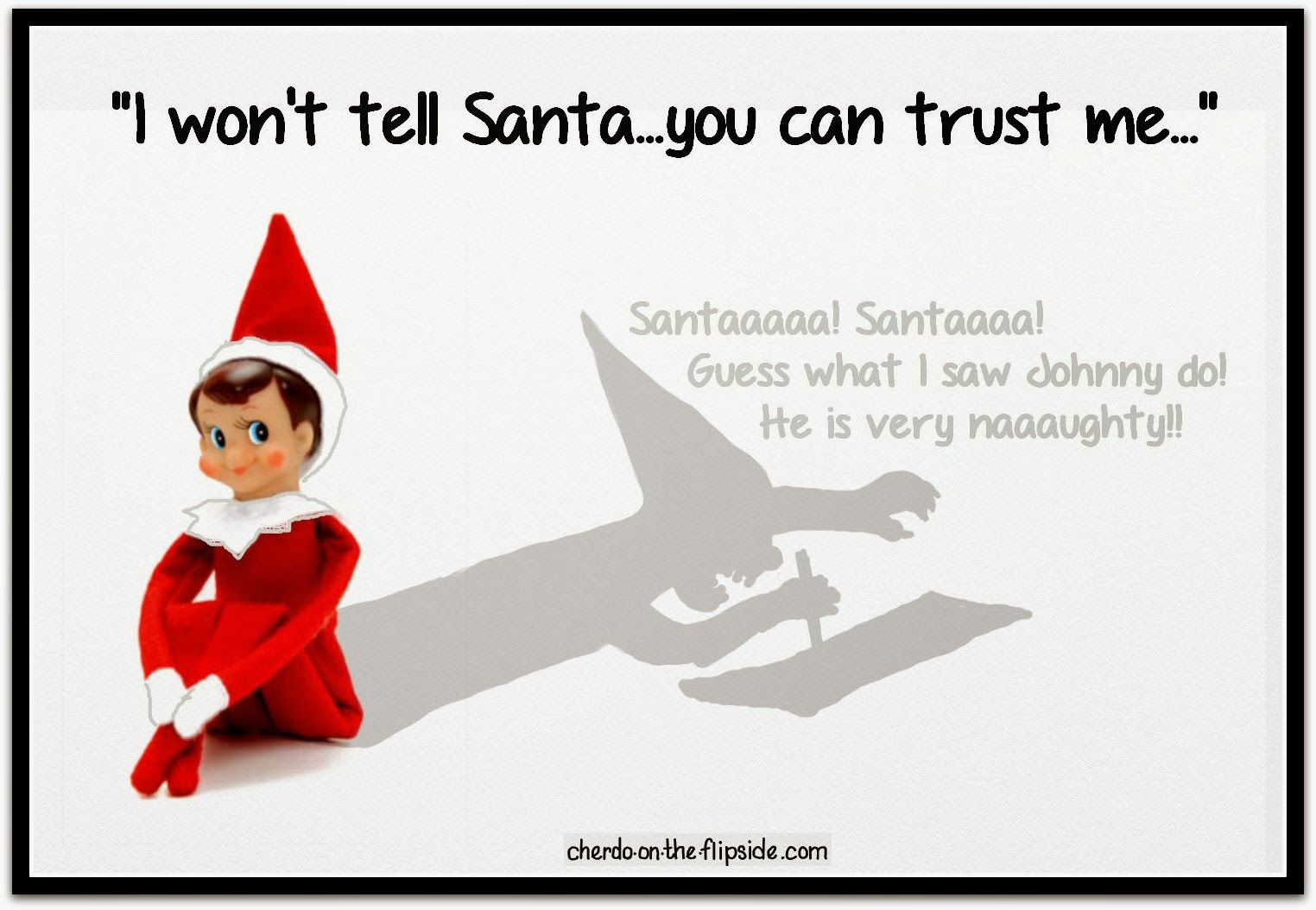 The Elf on the Shelf is a children's book explaining the story of Santa's scout elves, who are sent to be Santa's eyes and ears in homes around the world! Hurrah, for Santa! Uh...wait a minute...the scout elf is doing what??

You heard it right. Santa's watching you, kids, and he is in league with that snitch on the shelf. As if it's not creepy enough that "he sees you when you're sleeping, he knows when you're awake."

The contemporary tradition that surrounds the "elf on the shelf" is that the elf helps Santa manage those pesky little naughty and nice lists - and the elf gets a little help from Mom and Dad, too. Parents get in on the act by hiding the elf all over the house or placing it in staged scenes, moving nightly. It's fun, right? Unless, of course, you forget to move the elf. More than one parent has reported a total meltdown when the elf didn't get moved.

"You forgot to move the elf! You're ruining Christmas!"

"Me? I thought it was your turn to move the elf? Why did your mother buy that thing anyhow! Yesterday, it was glaring at me in the bathroom."

Okay, okay...I know...it's a cute idea. But I'm against introducing new characters in the Christmas story. There's 365 days in the year to choose from. Why didn't the author chose another time of year with the Fairy in the Dairy, a lovely winged creature who hides behind the milk and keeps track of your calcium intake? Or the ever popular Sprite in the Night who makes sure kids get enough sleep. How about the Troll by the Bowl who reminds you to mop the bathroom?  Friendly, helpful characters...that's my suggestion.

Besides, if I were a kid, I'd be leery of a miniature guy in red who keeps creeping around the house, possibly looking for a reason to put me on a naughty list and report it to Santa.

I have a tradition of my own that we call Mr. Bones Sits Alone. On any given day, he's hanging around somewhere (he even wore an elf hat for a while). Bones has no ulterior motive in anything he does. I think he was riding a flying pig last time I saw him and it doesn't even occur to him to rat you out to Santa. 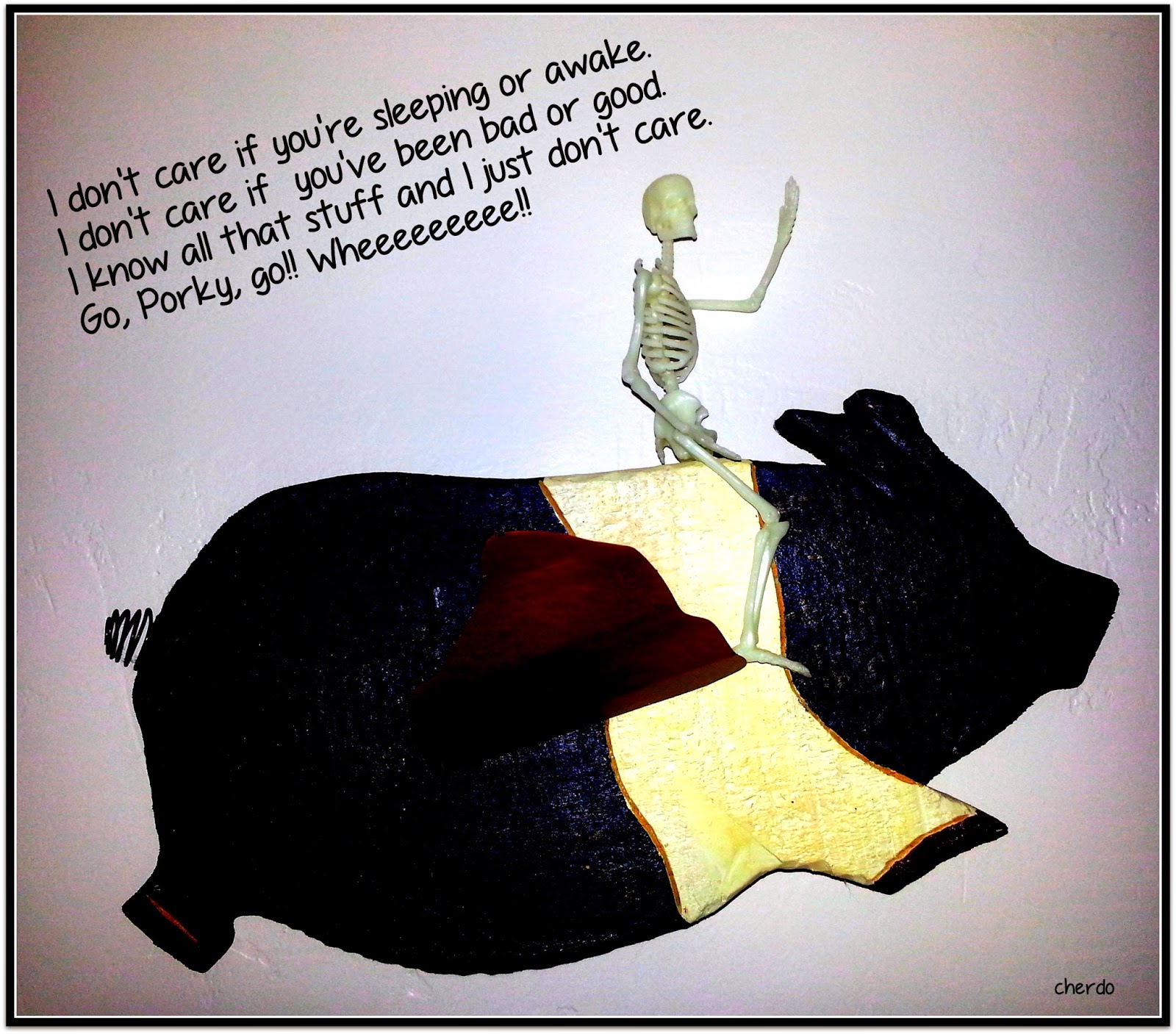 Different strokes, as the saying goes.