The Christmas Crab Needs to Go! 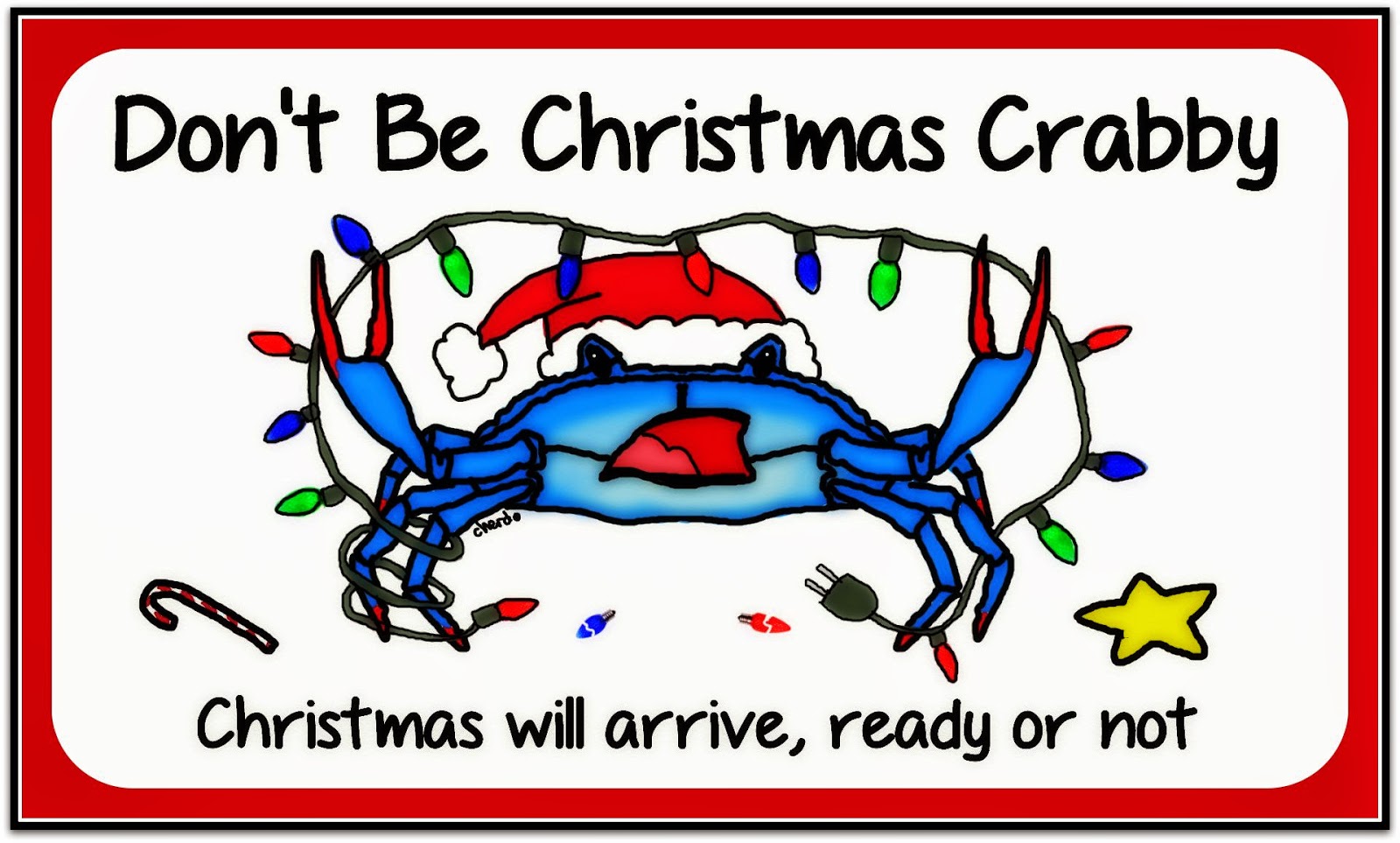 Does anyone still say "crabby?" It seems to have fallen out of favor, but I propose that we slap a little more mileage on the term before it's fully abandoned. The crowds are becoming virtual lobster pots of crabbiness as we get closer and closer to Christmas. You may as well let it flow, folks - the arrival of Christmas has nothing to do with whether or not we're ready.

In fact, your Christmas attitude and behavior will magically become someone's Christmas memory. It's never too late to kill the crabbiness before the holiday arrives.

Growing up in northeast Ohio, we experienced winters that were bitter cold, covered in snow drifts and relentless in its intensity. My poor Dad did a lot of work outside or in unheated, unfinished buildings. It was grueling work in winter. His hands were calloused and dry and many times, they'd crack along his finger tips. I remember coming home and sitting on the two steps leading up to our kitchen while I pulled his snow covered work boots off his feet.

He often lamented, "Of course, when the (bleeping) heat is on in the building, I'm off to another cold as (bleeping) building."

He was an electrician; it was true. And there were plenty more bleeps to follow (just sayin'...). My Dad was a little like the Dad in A Christmas Story, if that movie Dad drank...come to think of it , he didn't really like turkey, either.

The last thing in the world my Dad needed at Christmas time was alcohol; which is unfortunate, because friends and employers alike would give him the gift that keeps on giving: a bottle of whiskey. It's only "polite" to show them how much you enjoy it, right? Set up the glasses. The bumpy ride begins.

The friends would leave and he just kept being "polite"...for a while. He had a problem; he was an alcoholic. It became a family problem, too. When he drank, every demon he had came out. The thing that makes it so difficult is that we all loved him...and tolerated it. It is an understatement to say he was Christmas crabby.

When I was a child, I prayed that he would change and in the very last years of his life, he did - but I was well into my forties by then. I don't know what happened; I think he woke up one day and just decided I walked on water instead of being the source of every problem. It was unsettling - but I'll take it! It was an answered prayer and like all answered prayers, they don't necessarily follow the schedule you'd prefer.

On my bookshelf, I have a copy of home videos taken when I was very young and a few Christmas memories are recorded in the collection. My son wondered why he hadn't seen them all. Well, two reasons, actually.

The first is that we no longer have a VCR, having long surrendered to DVD but lagged on the transfer of VHS to DVD.

The second reason is that my Dad is frequently giving the finger to the camera and I remember that "mood;" the Christmas crab. That one not-so-jolly gesture just ruins the memory for me, but over the years - particularly after he died - the adults in the family have learned to remember the good times and his idiosyncrasies and laugh - really laugh. 'Cause it was crazy.

I'm not sure I want finger-flippin' grandpa to be my children's memory. My Dad was so much more than the angry guy on screen. He had a problem; we all have problems of one sort or another. It would not honor his memory to focus on the negative aspects alone. I got my answered prayer and anything that needed forgiven was forgiven long ago...and the rest, as they say, was gravy.

But I'm left with this Christmas memory; it's just not one of my favorites. I still think about it at this time of year and remind myself that I am creating memories, too.

If you have a case of Christmas crabbiness, show it the door. There's still time.