DMV, You Are My Frenemy 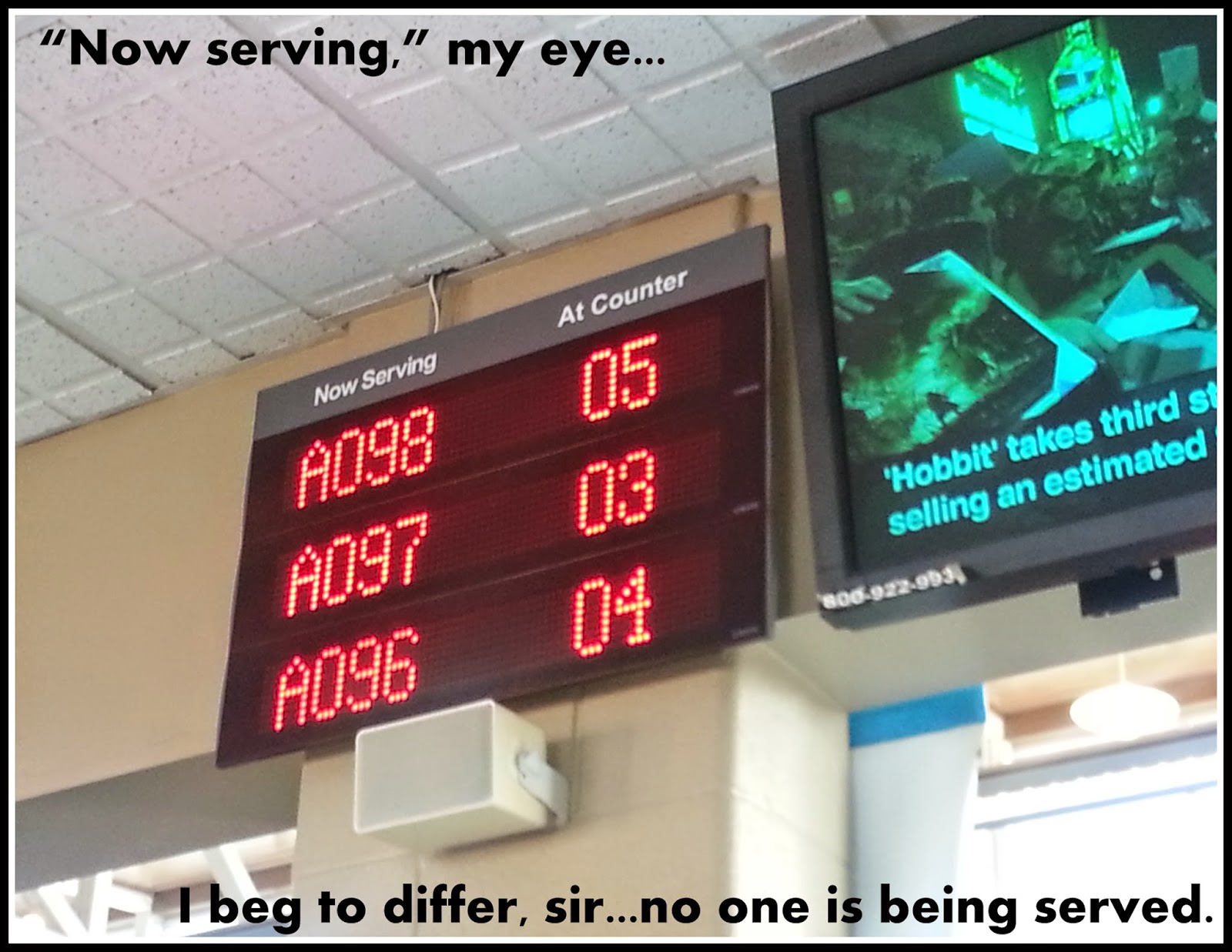 My third son had to renew his permit because his driving test is scheduled two weeks after the permit expires. Brilliant.

In our great state, you have to go online and schedule your driving test. Wow, what a time saver! Well, that was my first thought, anyhow, before we saw the list of available times was completely filled for the next six months. That was when we realized we missed it by two weeks. Drats.

Monday seemed like a good day to go because all the students were back in school - another benefit of homeschooling. The parking lot didn't look too packed and I was hopeful. Then I walked in the door.

The line snaked all the way to the entrance; in fact, I couldn't even enter until a few people were processed. Or at least I thought they were finished. It turns out that I was waiting in line to get a number to wait in another line. DMV, you are on my poo list now.

On the other hand, the crowd at the DMV kept me on my toes. In One Flew Over the Cuckoo's Nest style, the huddled masses of humanity churned and bubbled with conversation and borderline insanity. If someone broke out into full fledged freakout, it wouldn't have surprised me a bit.

While crammed in the line, one lady walked in and out twice, mumbling and complaining to herself - she was mad, buddy! And she was dragging a kid behind her who looked so calm through it all while she nearly popped her facial piercings right out of her mug.

Then there was the camo family. Mom, Dad and toddler were all dressed in the same style of camo. In spite of that - I saw them. The remarkable thing noted was the continuous reference to "Daddy" as "buddy."

"Hey, there, buddy...where we goin'? Lookie over there! Can we get some french fries, buddy?"

Okay, okay; I confess that I eavesdropped on their conversations because:
1) I couldn't leave the line and I was bored.
2) There's no way to ignore people talking within your "normal" personal space range (about 18" for moi).
3) I legitimately wanted to see how many times the kid call his Dad "buddy."

Of course, this auditory invasion was for scientific data collection, should we ever need to study the phenomenon of the buddy-Daddy (and I know it was his Dad...Mama pointed that out; she called him Daddy even though Junior never did).

Finally, we got to the front of the first line and were directed to the Express Line. Whew! Gonzo and I took a seat and waited...and waited...I glanced at the counter and I saw three open windows but only one customer being served. The ticket in my hand reminded me that I only had nineteen people ahead of me in the Express Line. Express Services was my "category." 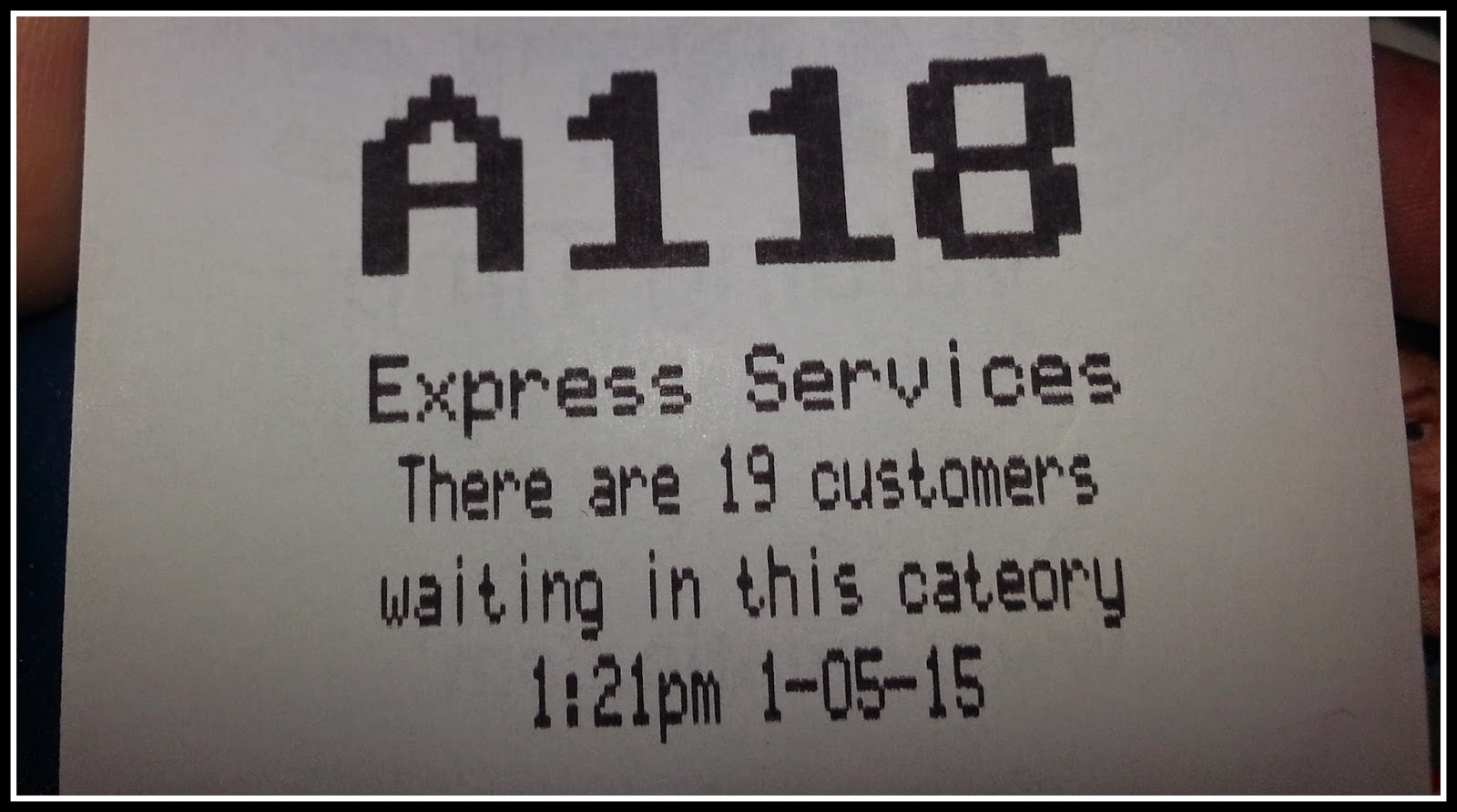 Rolling my eyes, I turned and smiled at the normal couple that sat near me. Apparently, the girl and guy knew each other and had just happened to meet at the DMV. Coincidentally, they both had just gotten engaged and they chatted about the upcoming weddings.

Okay, okay; I confess that I eavesdropped on this one additional conversation because:
1) I couldn't leave the waiting area and I was bored.
2) There's no way to ignore people talking within your "normal" personal space range (about 18" for moi).
3) I legitimately was amazed at the girl's explanation of her most important plans.

The main thing she was worried about was meeting her guy's parents in the coming week. Now engaged, that was a must, the future bride mused. She told her friend, "you know how much I smoke" and I surmised that habit wouldn't sit well with the new in-laws by the commentary that followed. But her concerns didn't stop there. As I tried to look around and ignore the ever louder conversation she began to explain how she also was "a serious drinker." Her in-laws would have a fit if they saw her chugging her normal amount of tequila or Jack Daniels, so she asked her friend what he thought about having Peppermint Schnapps on the bridal table. She thought that would look more lady-like and maybe take her mind off smoking.

The guy she was talking to just stared and politely nodded. When his number was called mid yak-a-thon, he popped up out of that chair with remarkable speed.

Dear DMV, you are my frenemy. I appreciate the fact that you licensed all my sons. Once they were driving, I had a bit of a life again instead of living in the car. For that, I'm grateful. Surely there is a better way to process requests. Perhaps ten more DMV stations in our county would be a start.

When we finally were done at the DMV, I practically ran to my car but I took care to look both ways and add an extra layer of caution in my driving.

All those people in the DMV would be on the roads by the afternoon. God bless 'em.