Empress Inappropriate and the Disappearing Torso 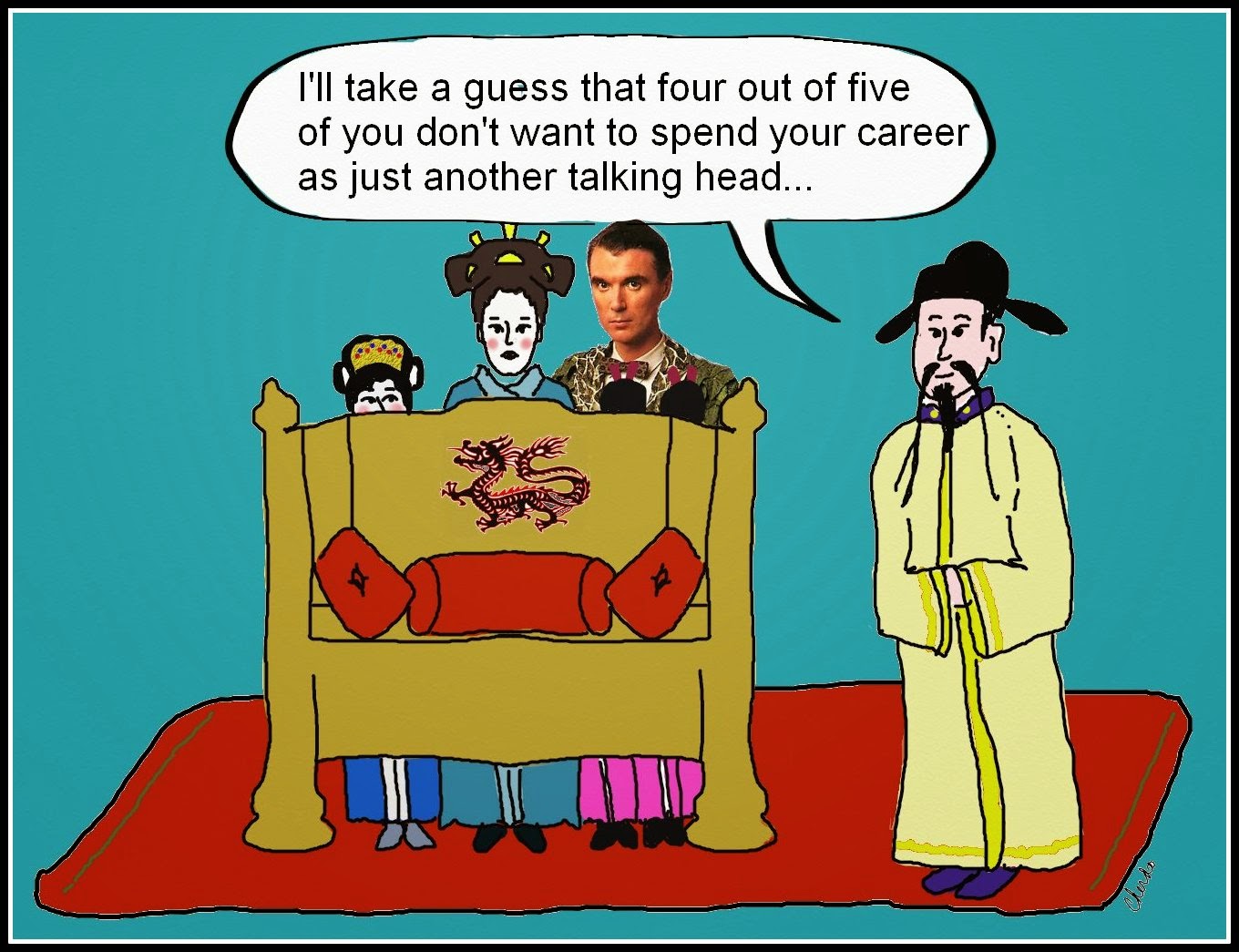 Beijing is up in arms about the implications of how some of their ancient ladies are being depicted. There's a series in China that is set in the Tang Dynasty, roughly between 600-900 A.D. Tight fitting royal garments and low necklines were part of the period costumes the actresses wore on the show, but no more! Recently, the series had a hiatus and when it returned all the female characters were cropped for the sake of decency...only their heads were visible.


Apparently, that was the only part they found acceptable. How would you like to be those actresses?

One of the things that draws me into a show has always been costumes. Accuracy in portrayals always brings me total delight. The story line to this program had better be topnotch - they just cut out one of the best parts! How can you stage this without seeing the opulence of the royal clothing?

[Let me stop briefly just to say that I know this is going to be another nightmare for me. Talking heads and not a David Byrne in sight. I may go to sleep, but my brain keeps going with these crazy ideas. It's like watching television all night long in my head. If there was an award for vivid imagery in dreams, yours truly would have it. I'm my own cable channel.]

In the past, the BBC has been a fixation of mine (I'm addicted to way more than Downton Abbey, baby). But now I'm wondering about this program and if I can tap into it somehow. What is the name for the Chinese network that shows this croppy series? I'd love to see it because it has to be better than the visual image I've created in my head. Who wants to watch a screen full of face for the entire length of the program?

After a while, I think they'd have to do some clever staging like they did in the sixties when the actress was pregnant. Heaven help us if the general public saw a woman who was pregnant; we can't let that get out - everyone would have stopped looking under cabbage leaves for the source of babies.

While we're at it, there's a few objectionable things on television that I'd like to crop, too. But who decides? Was it one Chinese official? A team of censors? An irate husband who invested in the series?

Good news: the Chinese have not taken this lying down and voiced their outrage at officials overstepping their bounds. Where might you find these objections? On blogs, of course.

PS: If you understood that cartoon at the top, you are over 45...just a guess.