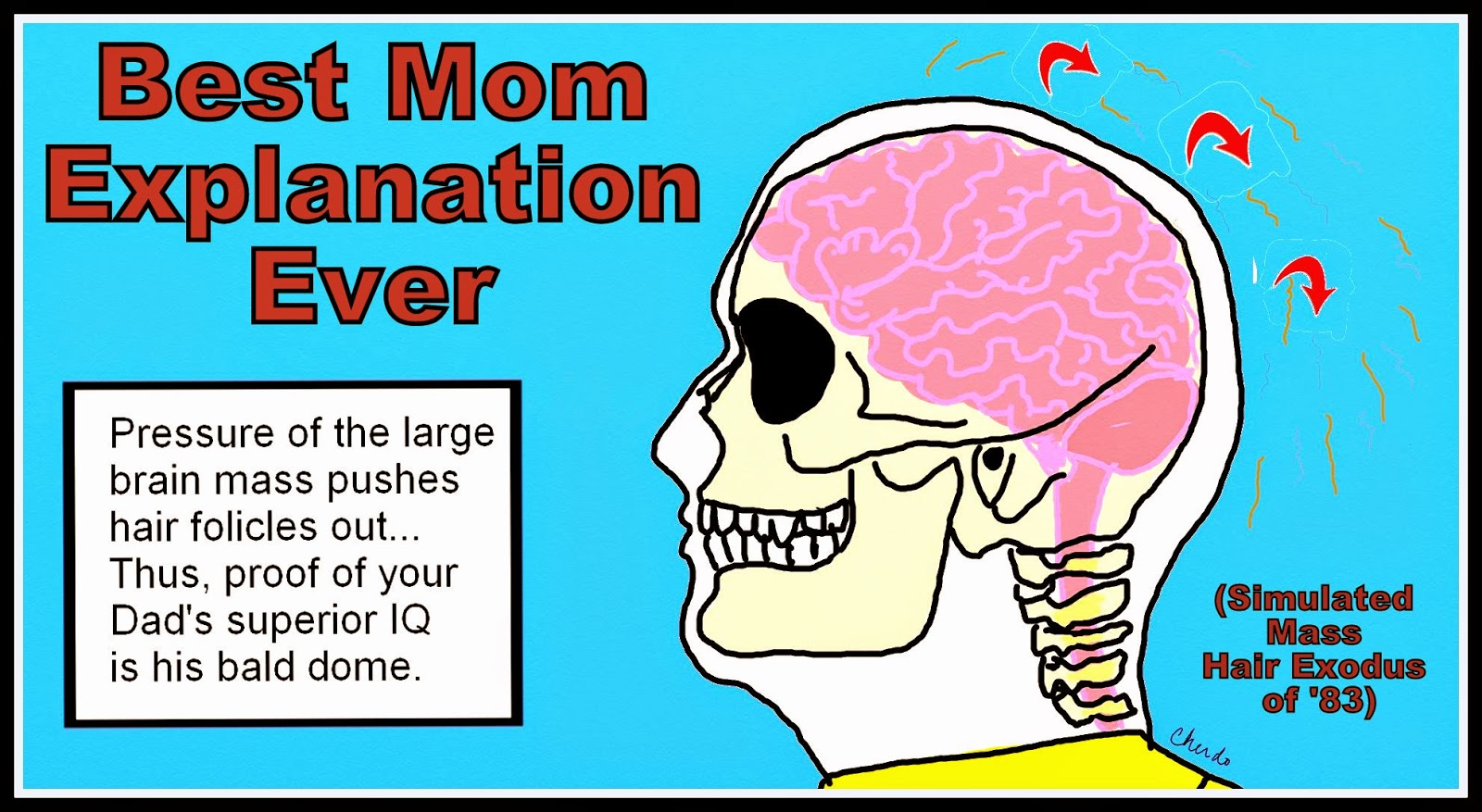 This is my version of the "throwback Thursday" - a tale from the pre-Kindergarten years of Gonzo.

If you ever saw a picture of my husband during his college years, he sort of looked like the lead singer of the Spin Doctors...Exhibit A (reference photo) provided:


That was before I met dear Hubzam, but I've seen the pictures and even now he is irritated and annoyed by the reference to a person (and band) he had never heard of, nor cares to know about. He's not about that life.

Sometime around his college graduation, he began to lose his hair. Nothing unusual about that; it happens to lots of guys. Some young, some old. Who cares? It's not like I ever knew him way back when; I like him just the way he is. I've never even known him to look any different.

When Gonzo was about four, I caught him staring at his Dad as he mowed the lawn. You could tell he was deep in thought.

"Mama," he said, "have you noticed that Daddy doesn't wear too much hair very often?"

That totally cracked me up, particularly the way he phrased it. It left room for the possibility that he might have lots of hair on some days...just not very often. A mere fashion choice; wear it today or not? Kind of hot outside...it's a bald kind of day.

Knowing that my teenagers were in earshot, I began my explanation of Dad's hair: "Your Dad went to college and while he was there, he learned so much new information that his brain started to grow and push against the inside of his head. In fact, it pushed the roots of the hair out. As you can see, your Daddy is very smart."

Gonzo smiled; that explanation worked fine for him.

(I tell myself it was the best Mom explanation ever. The topic has never been revisited...except, of course, when Hubzam complains about my Spin Doctors reference.)
Posted by Cherdo at 12:01 AM