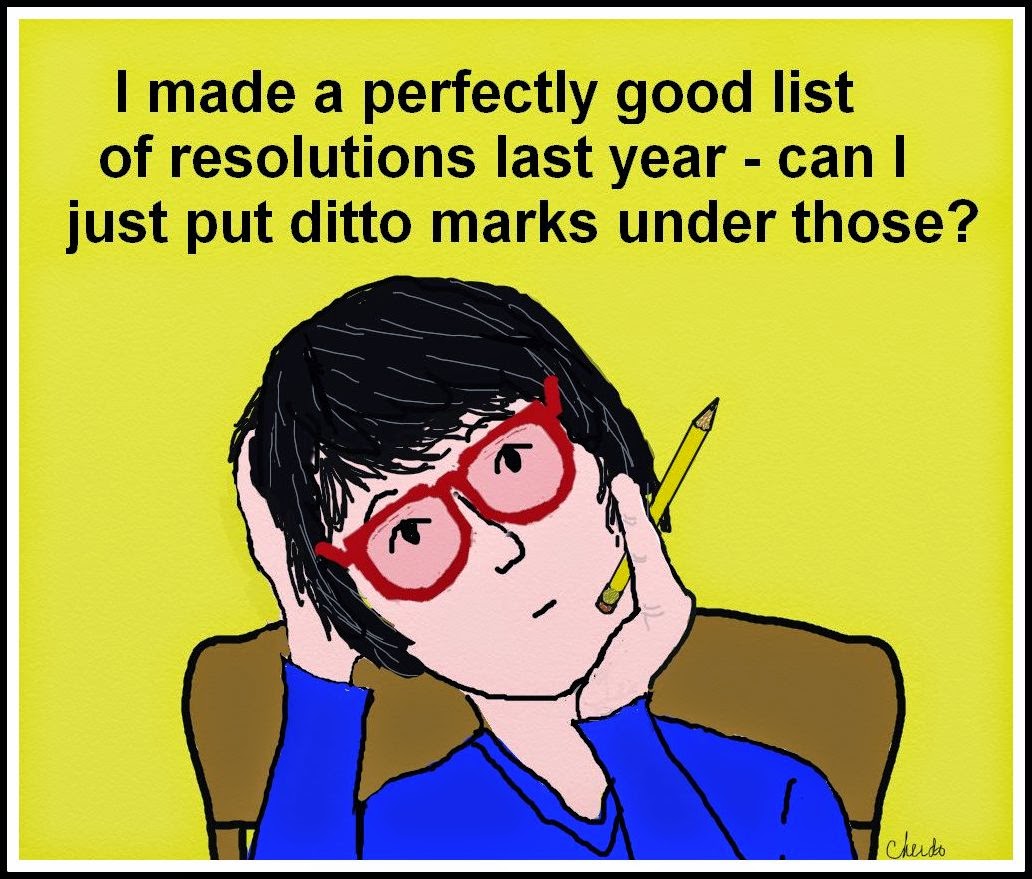 If the truth be told, there was a time when I thought I might be the only one who approached their New Year's Resolutions with a somewhat tilted schedule. In other words, everything shifts into high gear on a Monday morning regardless of the day of the week that  January 1 lands on. Today is D-day.

Is it any wonder that Monday now has a bad rap? We've done it to ourselves. I say "we" because I now know that nearly everyone who gave any thought to a resolution is starting down that new-and-improved-me path on Monday, too. Turns out, I'm not alone - not by a long shot. We're all digging in with intense determination and absolute assurance that this will be the year we wipe out all the items on the list. By this time next year, we will have run out of improvements...we'll be dang new perfect, if our actions are fruitful. How could we not be?

"Hope springs eternal" is a direct result of some optimistic resolution maker in rose-colored glasses. I can't fault anyone, though; I do the same thing. Every. Stinking, Year.

What's different this year? Well, I'm on a minimalist binge to purge myself of a metric ton or more of "stuff." That's the first time downsizing officially appeared on my resolution list. I'm tired of stuff. When you start to see your personal abundance as a burden, it's time to pass it on to someone who would appreciate it - even if it's only the trash man who values it because of the job security that comes with picking it up weekly.

One of my friends once said that if they looked at anything in my house and complimented it, I would give it to them. If that is so, how do I still have so much stuff? There's a lifetime of knickknacks, books, papers and pictures that are creeping into my personal space.

Even more irritating, a significant portion of the items need dusted way too often. Maybe I have a lazy streak developing, but I'm determined to minimize wherever possible and less dusting sounds like a bonus.

[So, tell me: what is on your resolution list and did you wait for Monday to start it? Are you picking something up or putting it down?]