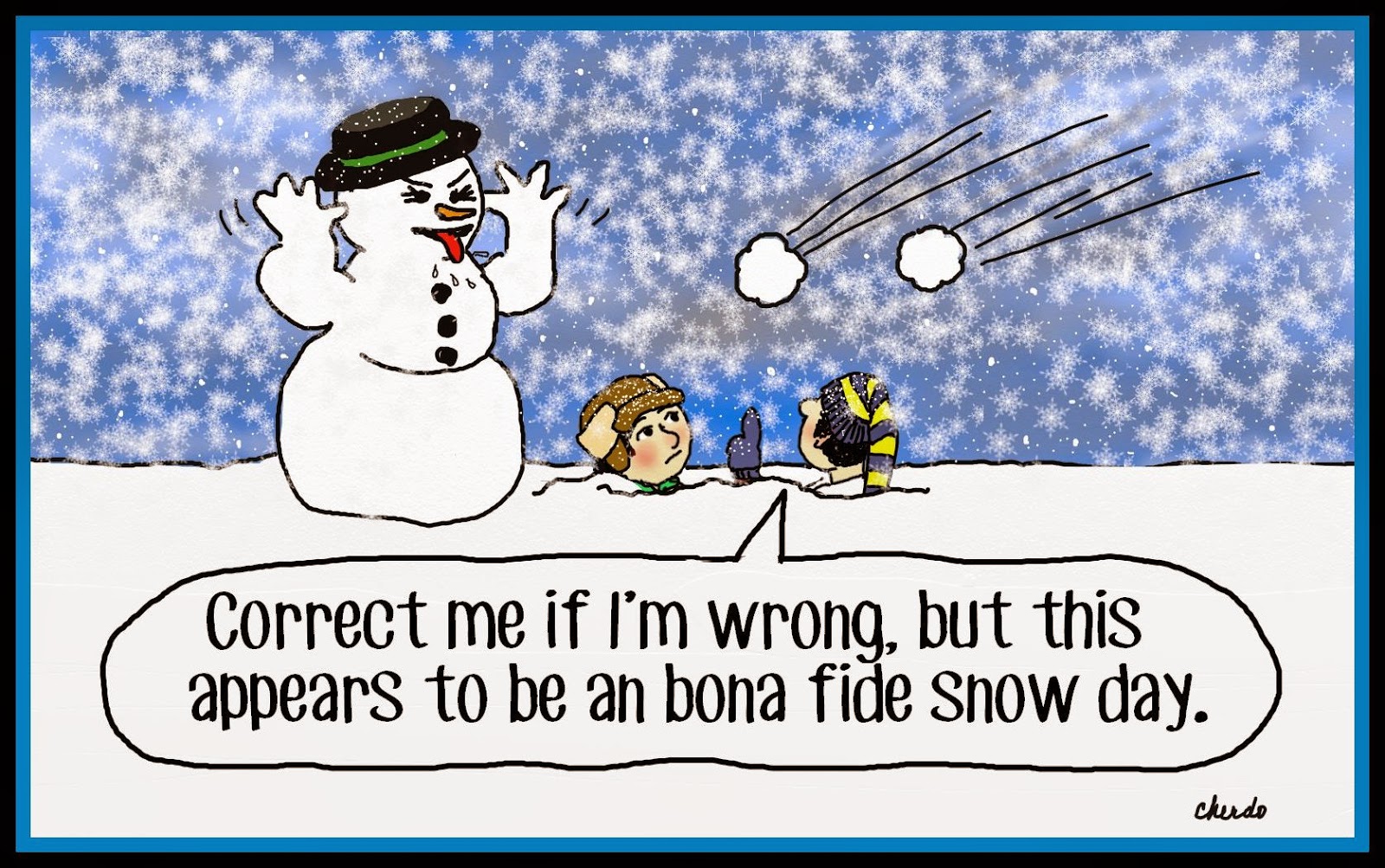 My prediction was correct and today deserved to be called a snow day. In fact, my desk must be ten degrees colder than the rest of the room - so I'll make this short.

Never mess with Mother Nature. Don't mock her, challenge her, shake your fists at the clouds, kick her dirt, question her wind or joke about her "snow days." We've got snow, cold, icy roads and icicles to boot. We've got boots to boot, in fact.


I've been in the house for three days and now they've called off school for the rest of the week (not that it matters to a homeschooler). Under normal circumstances, I would embrace the free time. Initially, I did just that.

I've learned a few things, however:
No weather predictions or complaints from this moment on; I wouldn't dare.

Mother Nature, you look fabulous - is that a new outfit?? You don't look your age.