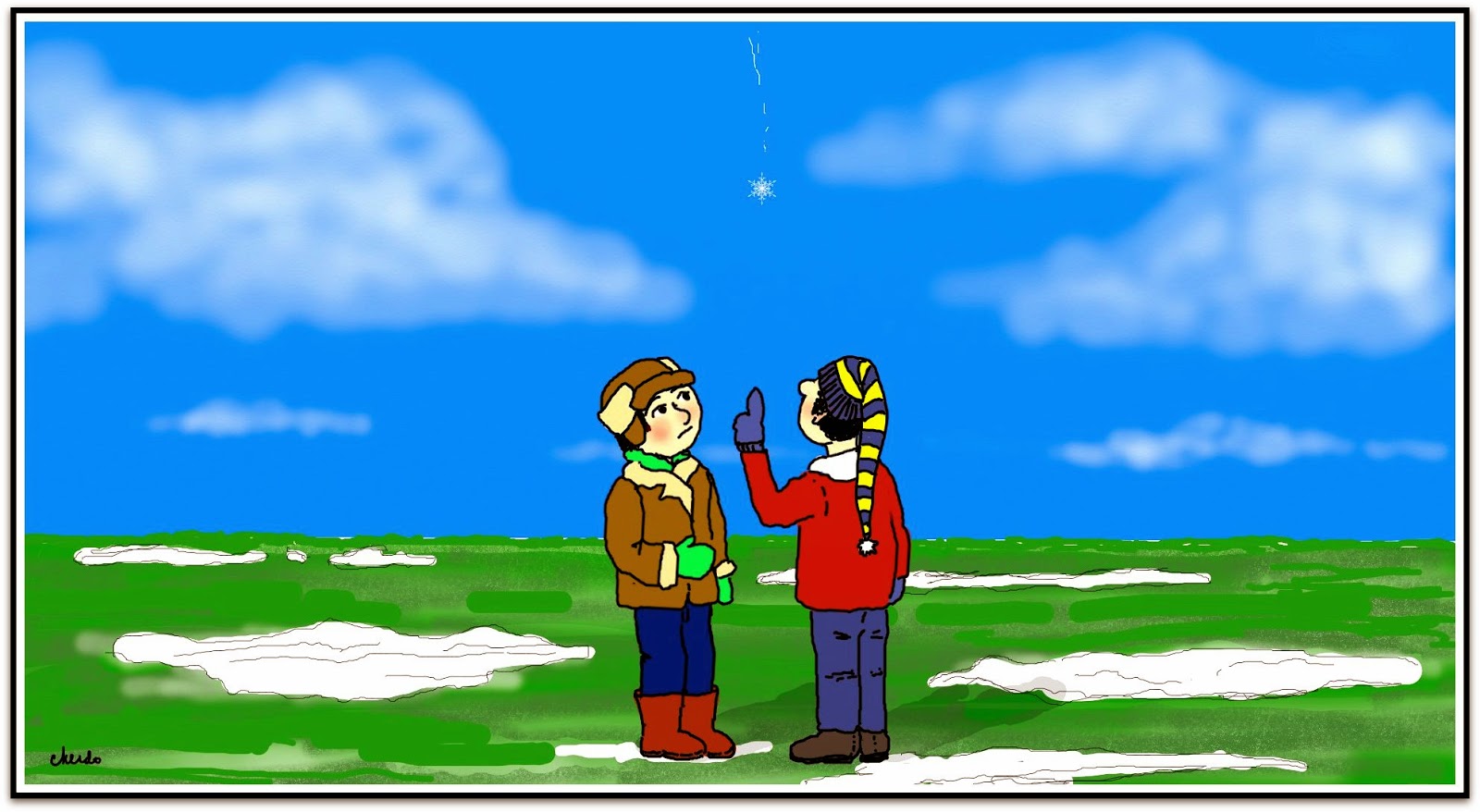 Schools have closed today due to the wet roads that are quickly transitioning to ice skating rinks. As a former Ohio girl, when I hear that we are shutting down the city for a snow day, I expect to see...oh, I don't know...maybe SNOW? We've got a dusting, but nothing like the snow of my school days in Ohio.

When I first came to Tennessee in 1990, two of my boys were in elementary school. While getting ready for work one morning, I heard a cheer come from the living room. Both Juggernaut and Magoo were dancing about and singing, "No school! No school!" It was like someone told them we were having two Christmases.

Looking out of our window, I saw a very light dusting on the lawn; more like the grass was salted. Hardly the fluffy blanket of potential snowman material I expected to see, in lieu of the forecast.

"Boys, I think you've got it wrong. Maybe they meant school was out somewhere else, " I remarked. We needed to hear the news again and so, I waited for the next announcement.

Snuggling with them on the couch, I read aloud the ticker tape announcements that were running continuously at the bottom of the news screen. As county after county drifted by, it became clear. Yes, there it was - no school for us.

On to the next problem: how was I going to tell my boss that I wasn't coming to work because of this meager amount of snow (and I had no babysitter to use at the last minute, too)? Fate smiled on me; they had closed the office for the day. Wow.

Come to Tennessee, my friends. We've got no state income tax, beautiful mountains and snow days without snow. We've got it all.

I've penned this homage to the Volunteer State's Snow Days. Start off in the key of G...everybody sing:

We're avoiding the Northeast storm
And I'm glad things are so well in hand
We've got food, film and books - we're warm!
Where's the blizzard the weatherman planned?

[You know that by the time this posts, we will have a deluge of snow because I mocked Mother Nature's winter efforts. And so, dear readers, I just wanted you to know that I do understand how payback works. I'll fall and break my neck or something equally painful.]