Tired of This Stinkin' Snow 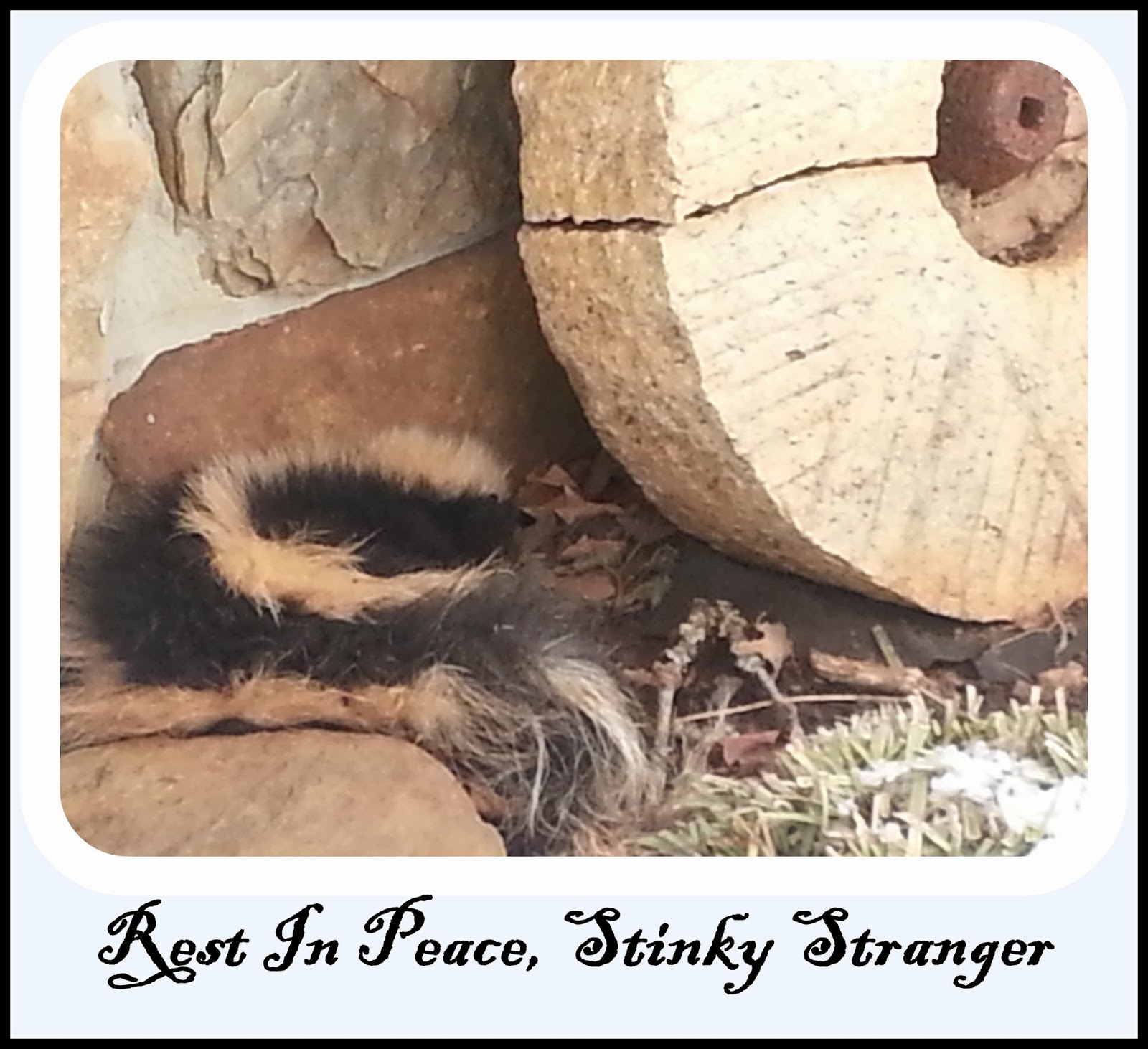 The snow continues to make life difficult and schools are cancelled. By now, everyone has pretty much lost their fascination with the white wonder and we're loving the layer of ice even less.

This week, our gutters on the house are full of frozen water and the downspot had a solid block of ice protruding out of it like extruded toothpaste. Not much we could do about it with the weather against us.

I had a little bit of excitement when a trip to the grocery turned to a backward slip and slide while visions of my van's sticker price passed before my eyes.


Our neighborhood entrance is a hill that forks at the top. Each fork is an incline, also. I chose the left fork without fear; I grew up in the land of the big snow. About half way up the hill, I realized I wasn't going to make it and there was no way to turn around. Responding to my psychic projections, my van started turning around in the road by itself and my only passenger, Gonzo, probably thought  that I was backing up. I say that because he had a calm affect, which was the wrong response to our situation.

But I'm no quitter! I tried it one more time and once again, I slid backwards and somehow managed not to hit anything or take out a few mailboxes. Don't tell me there's not a God.

God is also the maker of idiots, too; I proceeded to try and drive up the right fork of the road and experienced a worse scenario than my first attempt. Halfway up, sliding backwards PLUS people pulling up behind me even though they could see my backward slide and had no better traction themselves. A tense five or ten minutes followed until I was able to turn around. The cars behind me never pulled aside, I had to go around each car and then got to watch them attempt the hill unsuccessfully. My bad example was not enough to dissuade them from trying.

Again, Lord, in case I didn't mention it...thank you for saving me from myself. I crept to the back of the neighborhood and was able to get home safely.

My first stop, once I was in the door, was to phone Hubzam and tell him to come home and give him a heads up about the hill. No use waiting for lower temperatures to make the situation worse; he agreed and left work early. On the way in, he stopped to check out the gutters.

Hubzam had the strangest grin on his face when he came in the house and inquired: "Cherdo, have you looked at the gutter?"

No, not really; I wasn't even thinking about the gutter. We walked outside and there at the base of the house lay a skunk about five feet from my front door. We weren't sure if it was alive or dead; it looked alive, as a matter of fact. Carefully, I moved closer to get a better look. Okay, I also took a picture. Meanwhile, Hubzam picks up the shovel left by the door and began scraping the sidewalk.

Holy cow, man, I'm still standing by this skunk! Don't wake him up!

Sadly, it was then that we realized that little Stinky had come to my front door to find his final resting place. Maybe he thought the millstone in my garden was a tombstone.

I'm just thankful for the third time today that I've been spared a big stink. Not only that, but my critter-chasing Coco, the Wonder Dog, would have brought Stinky in the house and shook him or her like there was no tomorrow.

R.I.P. Stinky. No calling hours are scheduled.
Posted by Cherdo at 12:00 AM