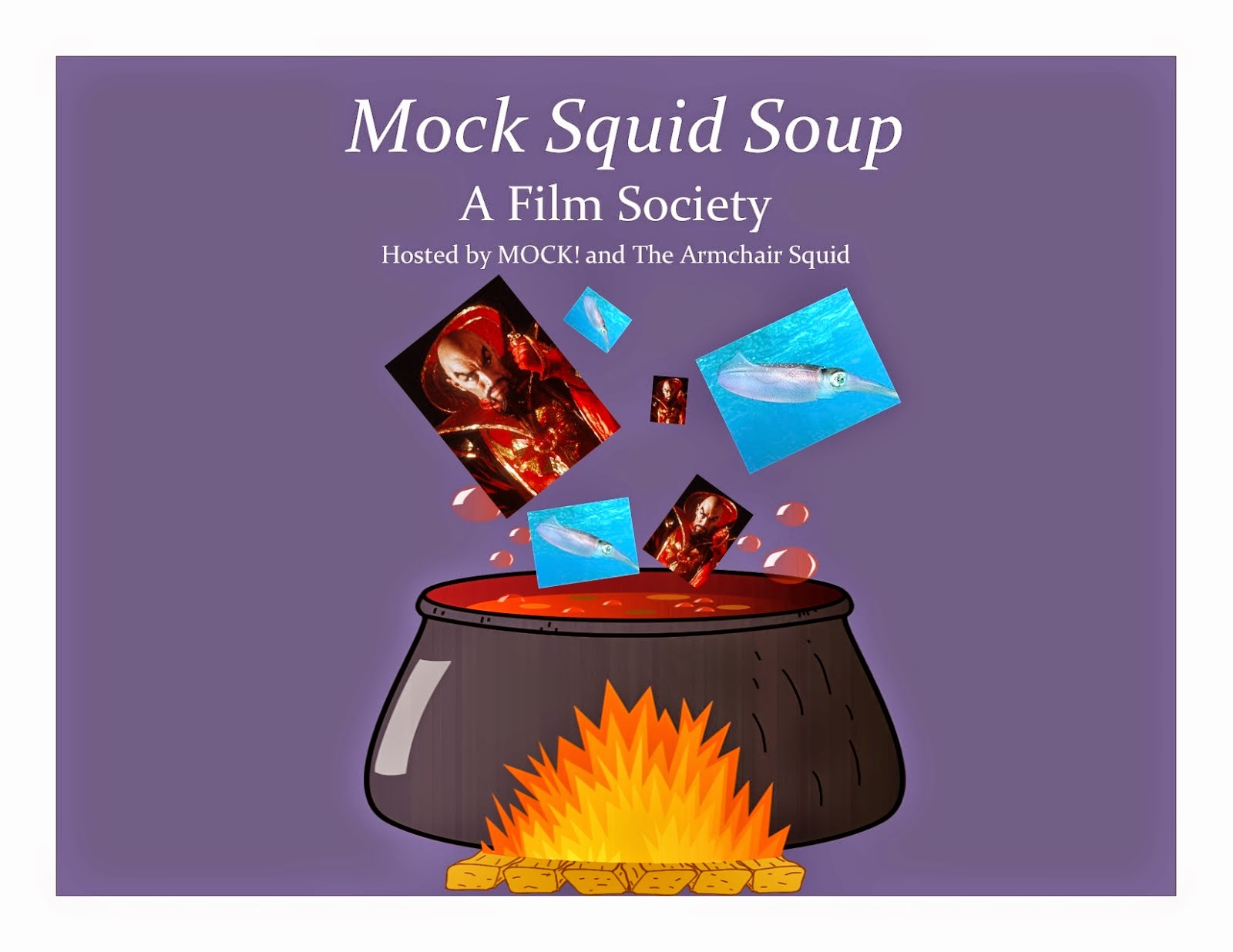 MOCK! and The Armchair Squid are the proud hosts of Mock Squid Soup: A Film Society.  Each month, on the second Friday, they host a bloghop devoted to movies and the people who love them.  They invite others to watch the same film and post their own reviews. It's not too late to join us - sign up at the bottom of the post.

After a successful run in the Harry Potter franchise, Daniel Radcliffe has to be sitting pretty. He's got a relatively large body of work behind him for his age, he's recognizable and downright likable; one could assume he has some financial stability - and he is still a young guy! Great ghost of Jim Henson, what could possibly go wrong for Dan the Man? 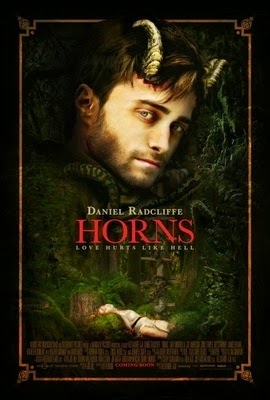 The answer to that question might be the movie Horns.

Radcliffe plays Ignatius Parrish, a young guy in love with his long time girlfriend, Merrin (Juno Temple). The love shack for Ig and his girl comes in the form of a tree house; and when Merrin is found murdered at that very spot, Ig is the prime suspect. Thus begins the quest to find the killer of his girl. Who has committed this terrible act? It couldn't be fresh faced Ig...or could it? 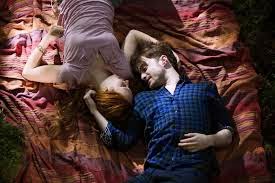 Ig seems understandably grief stricken and lost; but you know what will take your mind off your grief? The discovery of a couple of painful horns growing out of your forehead. And that's not all!  Along with the appearance of the cerebral coat racks, every one seems compelled to confess their darkest secrets to Ig. The horns are virtual sin-antennae. The one exception to the free flow of dirty secrets comes in the form of his friend and now his assigned public defender, Lee (Max Minghella).

Humor pops its head up with the ackward, somewhat audacious confessions. His parents (James Remar, Kathleen Quinlan) let him know the cold and callous feelings they now have for him. A local waitress (Heather Graham) sees opportunity in the scandalous news and thinks injecting herself into the story might give her life a bump up. Last, but not least, Ig's jazzman brother (Joe Anderson) shows up to prove that drugs are still a really, really bad idea. 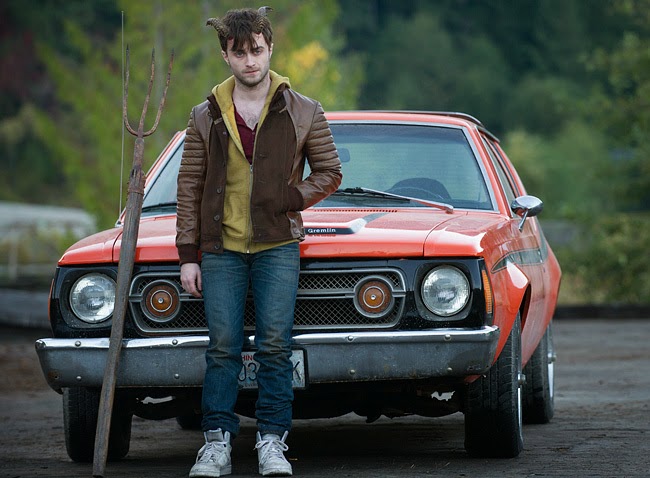 In flashback, pieces of the puzzle begin to fall into place and new suspicions arise. The cursed horns prove useful for tapping into the revealing inner demons of others, too. Ig frantically follows up on each suspect till the surprising culprit is found.

Radcliffe really outdid himself with the I-just-rolled-out-of-bed look he sported all through the movie and he nailed the American accent. There's at least three possible genres going on here: horror, mystery, fantasy. I'm guessing the lad is still trying to prove he is more than your neighborhood Potter.

The dialogue was weak. Someone could have spent a little more time on that screenplay, especially since there was a perfectly good book by Joe Hill to use as a guide. Would Harry have cursed as many time as Ig? That was his full acting range for showing rage or irritation. Yelling the F-word will not get you that Oscar...scratch that, I've not really done the research necessary to say that factually. I know you've read some good screenplays (hint, hint) Daniel, you should have called foul.

Finding the acting lacking, I desperately sought symbolism to justify my lost 120 minutes. It was pretty easy; I suspect it came straight from The Idiots Guide to Symbolism in Film. The Eden-like setting of the tree house,  a man and his woman, naked and unafraid, just two people without a care in the world - and then it all goes to you-know-where...hey, I got that!  The devilish Ig transition confused me a little. Are you good? Bad? Hey, you! You've walked around with horns all through this movie - why pick up a pitch fork and snakes now?

Well, it's too late for me. My 120 minutes are gone and I'll never get them back. Who knows what I could have done with those wasted minutes.

Daniel Radcliffe, I still love you but I hope someone offers you something good before they write a sequel where angel wings come out of your head. 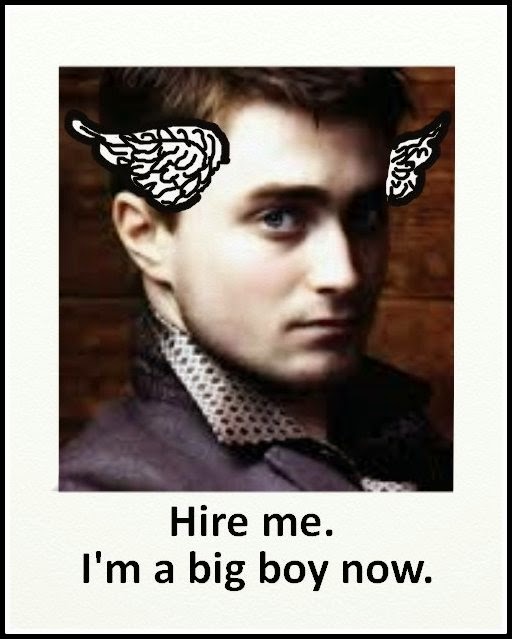 What have you watched lately? Tell us about it! Sign up below.