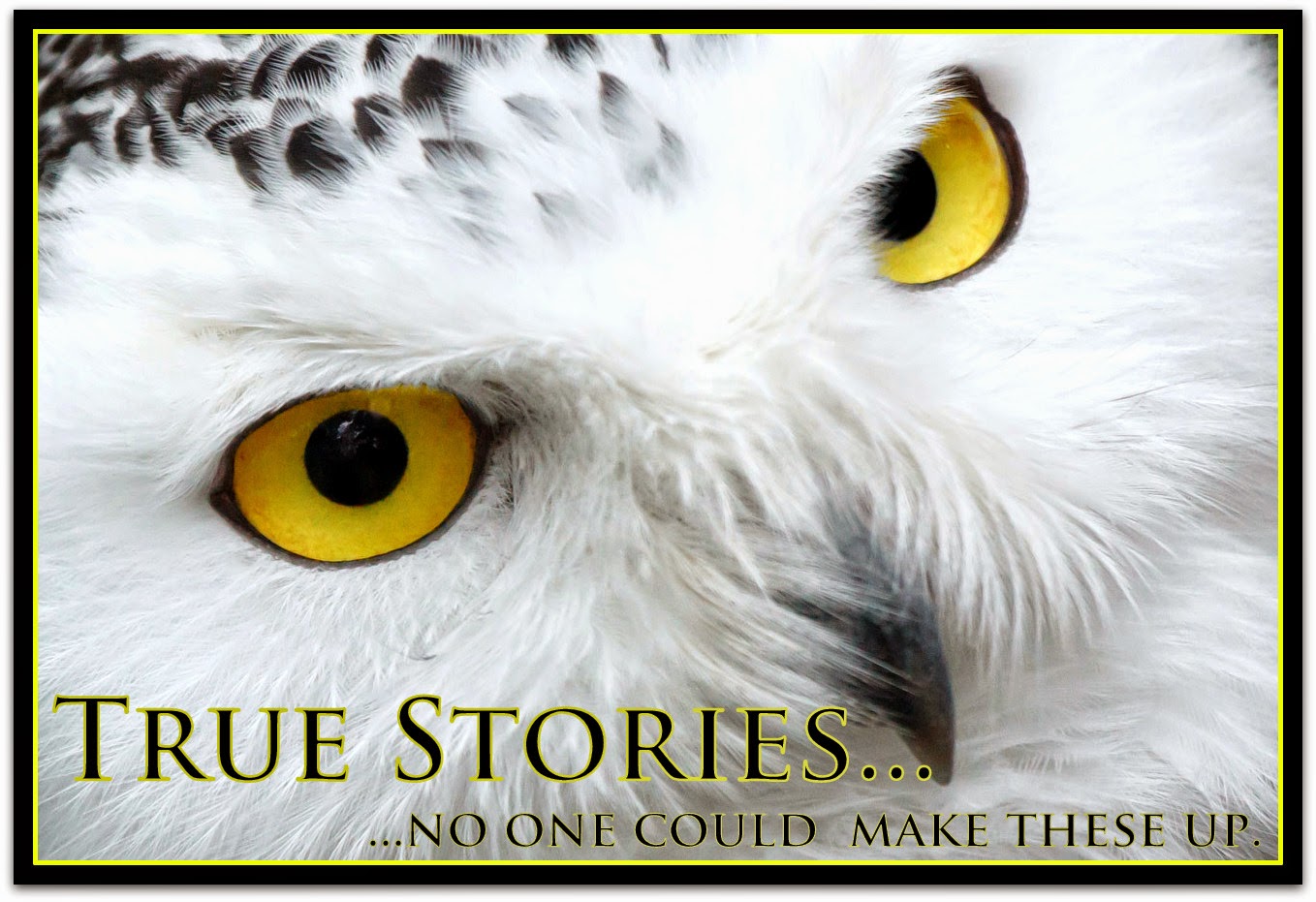 For me, the best stories always make you ask yourself, "What in the world?"

My Monday memory is short, but it always makes me smile when I recall the day I heard it for the first time. I'm a little twisted like that.

My great grandmother and I were very close and I was blessed with her presence till 1984. Though she lived 160 miles away, we saw each other pretty often.

I graduated in 1977 and at eighteen, I proudly moved into my own apartment. One of the first things I did was to call her on my very own phone - there's a limited number of people in the world who will be impressed that you are calling from your own phone; your grandma is one of them. Especially when you can brag about your fancy beige princess phone rental. Wild, huh?

If you're still following this story without question, you are definitely over forty -five years old; you've been outed, geezer pal.

From that point on, I never went more than a week between calls to grandma. Sometimes I had to keep 'em short with my young person budget - this was back in the days of long distance charges and we're pretty verbose in my family. If I didn't call her, she would call me.

We fell into a pattern of favorite topics that included, but were not limited to, family, animals, recipes, the last crazy thing __________(fill in the name of any family member) did, and birds.

As long as I can remember, my great grandma loved birds. She had a pump house behind her home and she'd throw birdseed on the roof and watch them enjoy their feast. Cardinals were abundant on her property and an impressive number would show up. I'd get the head count. Hummingbirds clustered around her bright red bees balm plants and she'd supply a play by play description of their antics. It was the next best thing to being there.

On one cold December day, I called her to say happy birthday. Immediately, she squealed with delight and reported, "You'll never guess what I saw yesterday when I went to feed the chickens - the first one I ever saw up close in my whole life!"

Let me tell you, her whole life was pretty long at that time, so I figured it had to be something good. Mirroring her excitement, I asked what she had seen.

As far as I was concerned, that was a big bird deal. I'd never seen one in the wild and I was a bit envious, one bird lover to another. She launched into a description of the bird: it was rather large with an amazing wingspan; she guessed it was a yard or more long. The white of its feathers made it practically disappear with the backdrop of snow and it was dotted with several small black dots along the tips of its wings.

"There's only one thing I'm wondering about," grandma said pensively.

With total seriousness, she replied, "I wonder what ate the other side of its head."

It never occurred to me that the thing was dead. She had seen it lying on the ground. After that, every time she would start to tell me about a bird or an animal, I'd ask whether or not the critter was alive. For me, that really sets the stage.

You can't make this stuff up.

[After the snow departed this week, flocks of robins appeared in my yard. I've never seen so many robins - and they stayed for so long, evenly spaced across the yard! Oh, how I wanted just one more phone call...] 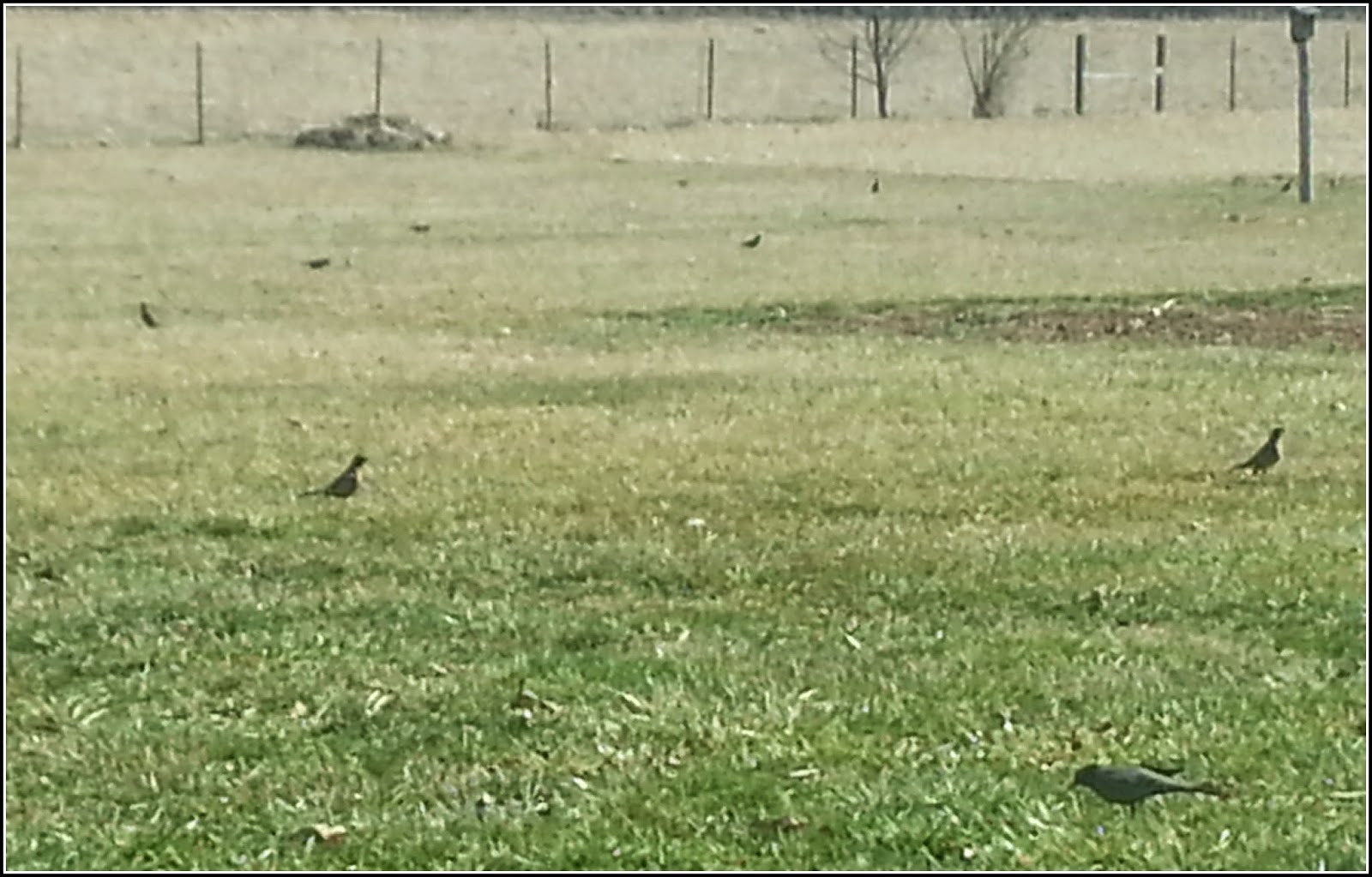