Ya Gots To Know the Blog Rules, Right? 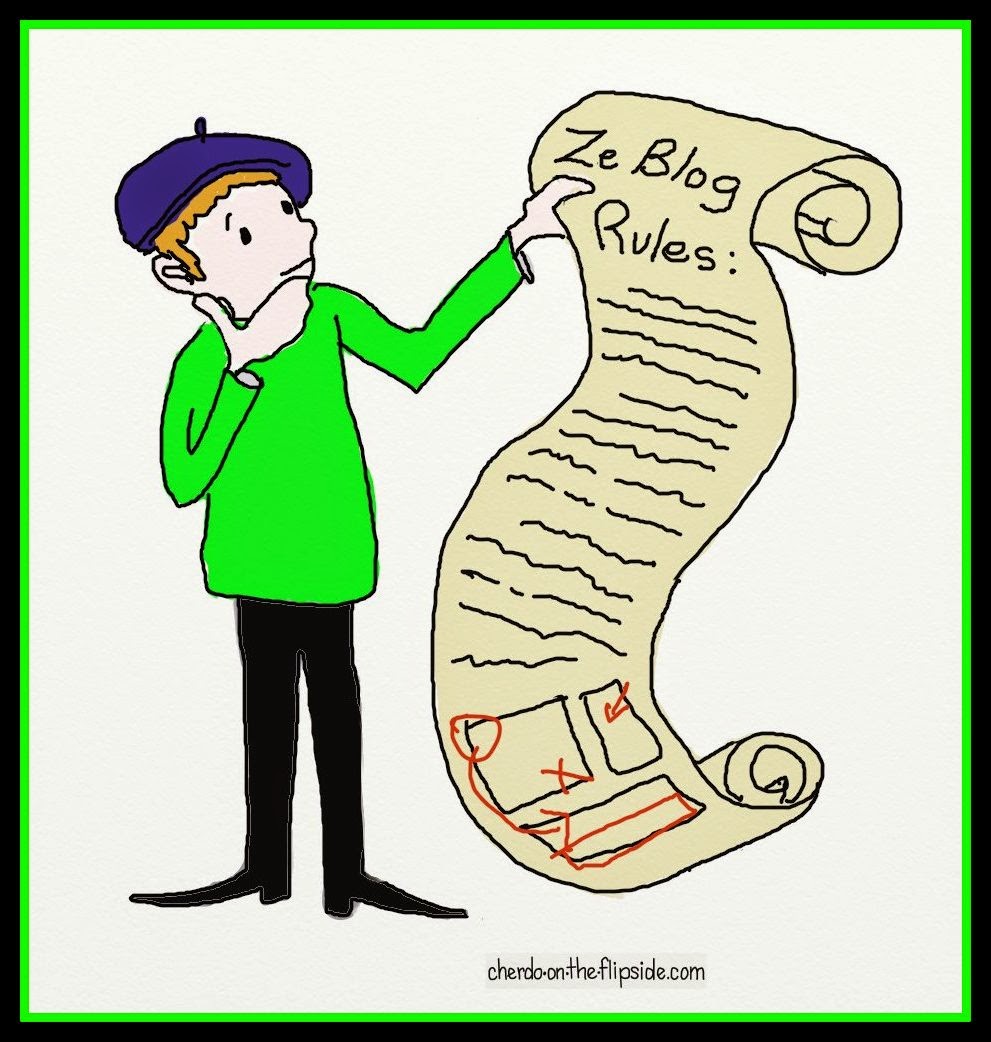 One of my friends showed her young son a picture from my blog. Inquisitive little bugger; he caught me by surprise when he started asking questions about it:

"Pardon? Are you asking if I'm teaching computer? Not next year; no." I was puzzled and thought maybe he was asking about the schedule we're putting together for next year.

A frustrated look came over his face; you know the one. The one that let's you know that a kid can't believe how dumb you are. "No, you did computer yesterday...with a bird...remember?"

I felt accused. I DID it yesterday? Only if you can prove it, buddy. Innocent until proven guilty and God bless America.

"No. I don't know the rules, " he said dejectedly.

Awww, poor thing. He doesn't know the rules and he's sure I'm holding out on him. I questioned him further: "What rules don't you know, honey?"

"The computer rules that tell you how to do that. I don't know them."

Now we were getting there - or at least closer. You never know with an eight-year-old boy. "Are you saying you want to know how to use the computer or how to make a blog - because what you saw was a blog."

He was tired of my questions and rolled his eyes. Nice.

"Do you want me to show you how I do the blog post?" I replied ( I love to show kids how to do things).

He stared at me like I was stupid and announced, "Just give me the blog rules;  I can read, Miss Cheryl..."

Okay, peeps, it's your change to educate the youth of America.
WHAT ARE THE BLOG RULES??

I'll start with number 1. You number your "rule" and post it in the comments.. By the end of the day, I will have an official list of THE BLOG RULES.

1. Your blog has to have a name that is (hopefully) unique - like Cherdo on the Flipside.