A is for Ann 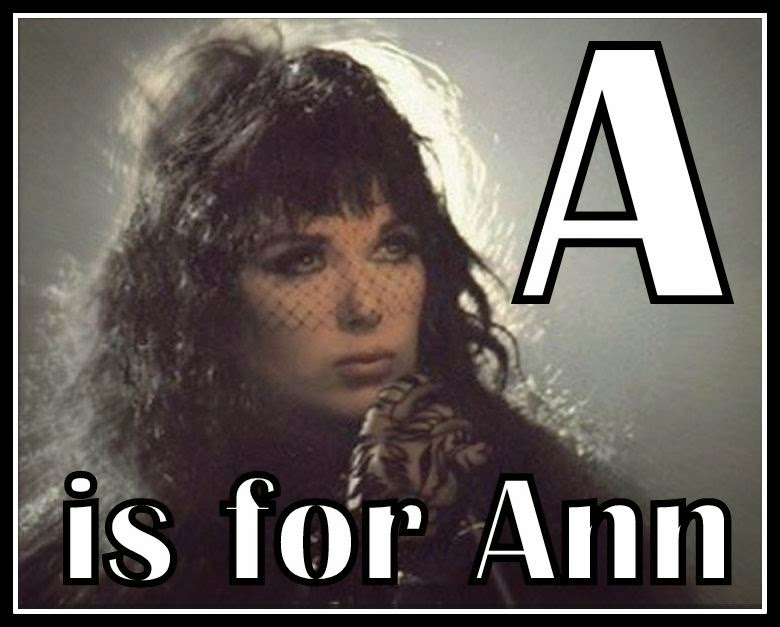 The Blogging From A-to-Z Challenge is finally here!


My theme is musicians - or more specifically, the musicians I've loved throughout the years. It's not a complete list, but it is a list of the musicians who consistently rise to the top of my personal playlists.


Women claimed their place in rock and roll very early on. No one can forget the fabulous girl groups of the fifties and sixties, but the true rockers came later. The first standout was Janis Joplin, the bluesy soulful voice from Texas whose hobbies made her destined for the "gone too soon" list of the dearly departed. There was the tune-machine, Carole King - and Joni Mitchell, the earth mother of the Woodstock crowd. Don't forget the Queen, Aretha Franklin!

But the seventies were my music heyday and the beginning of my musical obsessions. Before Chrissie Hynde, Deborah Harry, Joan Jett, Madonna and Taylor Swift descended upon the airwaves, there was Ann Wilson, of Heart.

No one rocked like Ann Wilson. With her guitarist sis, Nancy, they showed us how it was done. Their harmonies were tight, their voices powerful and the music transcended genres. The sisters ruled the stage; they were no one's backup.

Say this like a true flipster:
In my day, little girls who fantasized about rockin' always imagined they were Ann Wilson. Not that I'd know anything about that...but I might just go crazy on you...

Click on the link above to visit some of the bloggers who are participating in the challenge!