B is for Beatles 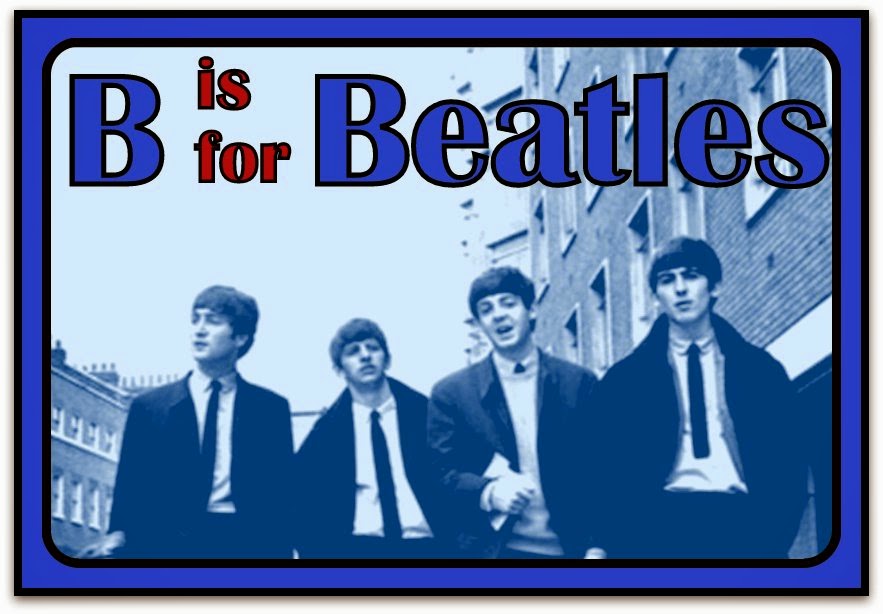 Welcome to day two of the Blogging From A-to-Z Challenge! My theme for the month is musicians. Specifically, musicians that I love and have impacted my life with their talent. Today, B is for Beatles!


When the Beatles first hit the heights of popularity, I was too young to fully appreciate them; I was born in 1959. On February 8, 1964, John Lennon, Paul McCartney, George Harrison and Ringo Starr were probably jet lagged from a transatlantic trip to New York City and excited about their appearance on The Ed Sullivan Show the next day.

I, on the other hand, was excited to turn five on that day. You can see the challenges of being a full blown fan for very short Cherdo in 1964...

My musical godsend came in the form of a much loved aunt who was an absolute Beatles nut. It was through her collection of records and what-nots that I metamorphosed into the Beatles aficionado that I am today. The Beatles were willing to wait for me to wise up and catch up.

Aunt Diana had every Beatle album and was willing to share; in fact, a Beatles doll from the early sixties sits on my shelf at this very moment (yep...Aunt Di). I keep it in memory of her and because I'm a rock and roll packrat. Ticket stubs, anyone?

The first 8-track tape and player that I ever saw or played belonged to Aunt Di; it was The Beatles' Yellow Submarine soundtrack. There's a distinct possibility that I wore out both the tape and player.

By the seventies, when I became one of the guitar playing minions of the world, I saved up my hard earned allowance to purchase a huge Beatles songbook and tirelessly went through each and every song, chord by chord. The lyrics were meaningful by that time and if I didn't understand the "point" I would look it up in one of the hundreds of books and articles that addressed the phenomenon that was The Beatles. Obsession...ah, sweet.

Their break up - crisis! John Lennon's death left me weeping. And I followed the careers of each remaining member, too, and felt like I lost a personal friend when George Harrison succumbed to cancer. I loved them and all the hours I spent listening to their voices. How could I not?

This is probably where I should insert a wrap up; perhaps say how "that was long ago", "I remember them fondly", or "times have changed..."

Oh, heck no!  If they ever figure out how to turn brain waves into audio, my waves will sound like the complete Beatles' song book. They were that big of a presence in my life.

Make sure to visit some of these great bloggers who are participating in the challenge!
Click on the banner above to see the full list (it's a whopper!).