D is for Debbie 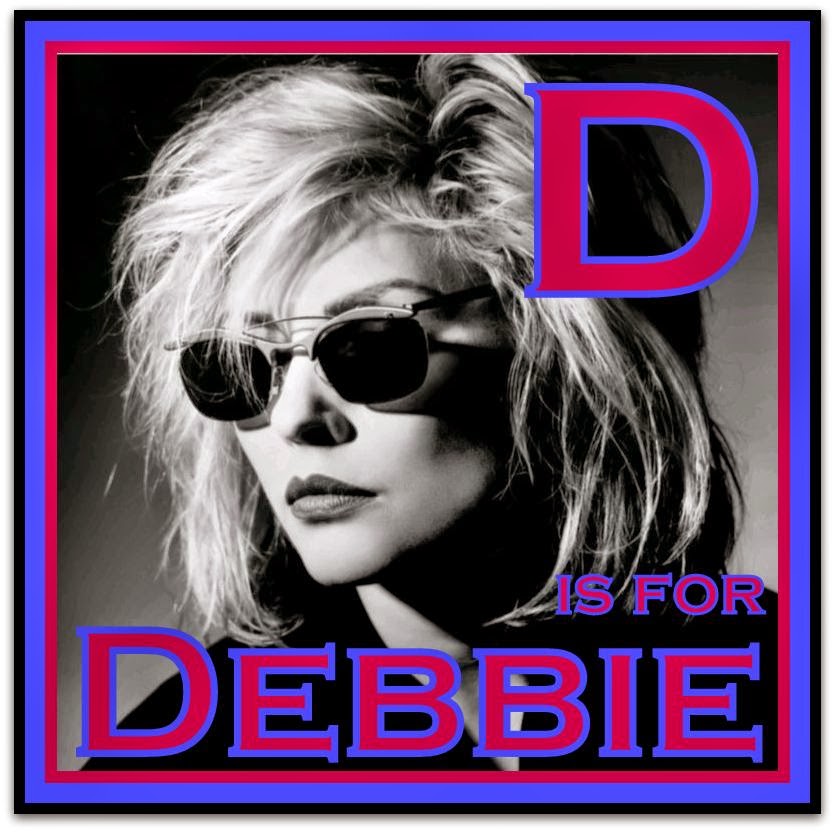 Not everything from Florida is hot. I know this for a fact because Debbie Harry was the coolest new wave chicks who ever fronted a band and she was born in Miami in 1945. In her youth, however, she was raised in New Jersey. Little Deb was even a choir girl at one time.
Post  high school, college didn't really suit her style and she headed to New York City and found herself waiting tables at Max's Kansas City. Surrounded by art and the excitement of NYC, she was drawn into the night life and music.

In 1974, Debbie and guitarist Chris Stein joined forces and it resulted in the creation of the group, Blondie. Keyboardist Jimmy Destri, bassist Nigel Harrison and drummer Clem Burke completed the original group. Though they're often labeled new wave, ska, or punk, I know for a fact that it was a staple of the Disco era, too. It's all blurred in my mind, not that I'd ever hang out in a disco (okay, I always hung out in a disco....sue me).

My first and favorite Blondie album was Parallel Lines. I loved the song Heart of Glass, but I also wore out Will Anything Happen, Picture This and Hangin' on the Telephone. Later albums produced standouts like Atomic and the one Harry song I didn't like - yet it was a hit: Rapture.

In 1983, the group broke up. Debbie would make attempts at a solo career, but never achieved the fame of Blondie. I'd see her in film from time to time. 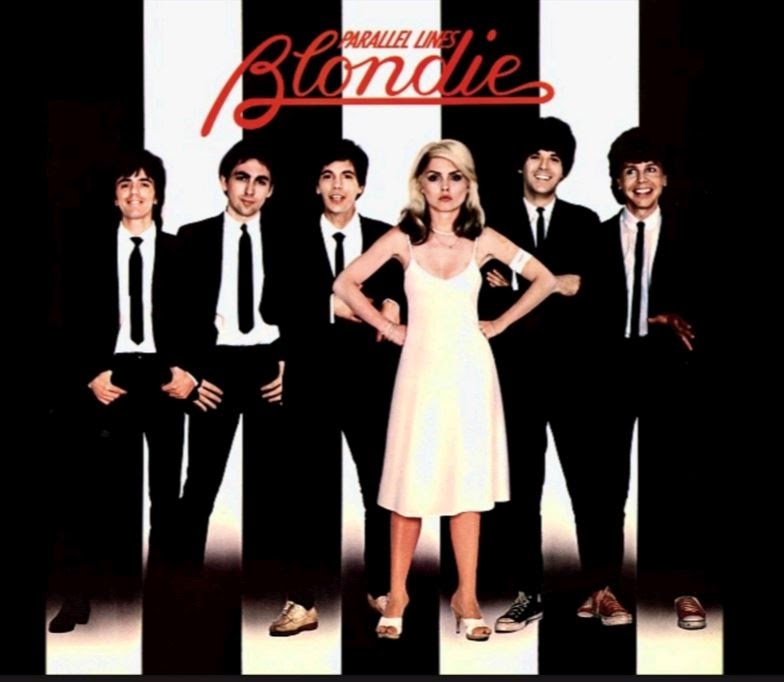 One of my dearest runnin' buddies was Jack. Jack loved Debbie Harry; it was near obsession. In 1990, Debbie opened for Tears for Fears' tour. When we heard they would be in Pittsburgh, we snapped up a pair of tickets. Cameras were frowned upon, but that only made Jack more determined to get a picture of Debbie onstage. Finally, she sang her last song. The crowd clapped appreciatively. Jack frowned; he really expected her to do something outrageous and he'd been totally denied.

But wait! She returned to the stage for an encore, sang her punk heart out and once again waved goodbye to the audience. Jack flopped down in his chair, dejected.

He bent over to retrieve his stuff that he had stashed under the chair.

"Dang it...I really expected her to do something crazy," he whined.

Just then, she grabbed the bottom of her black dress (or shirt - who knows) and pulled it over her head and threw it into the crowd. When the audience realized what had happened, and that she was standing there in only a bra and very sheer pantyhose, they jumped to their feet and cheered. Oh my gosh, those pantyhose really needed to be opaque, I thought (shiver!). I looked at Jack. His head was down and he missed it all.

When I fully realized he missed it, I laughed till I cried. He complained all the way home. It was priceless.

But, like I always told Jack, if she comes around again - call me...

Make sure to visit some of these great bloggers who are participating in the challenge!
Click on the banner above to see the full list.
Posted by Cherdo at 12:00 AM