E is for Eddie 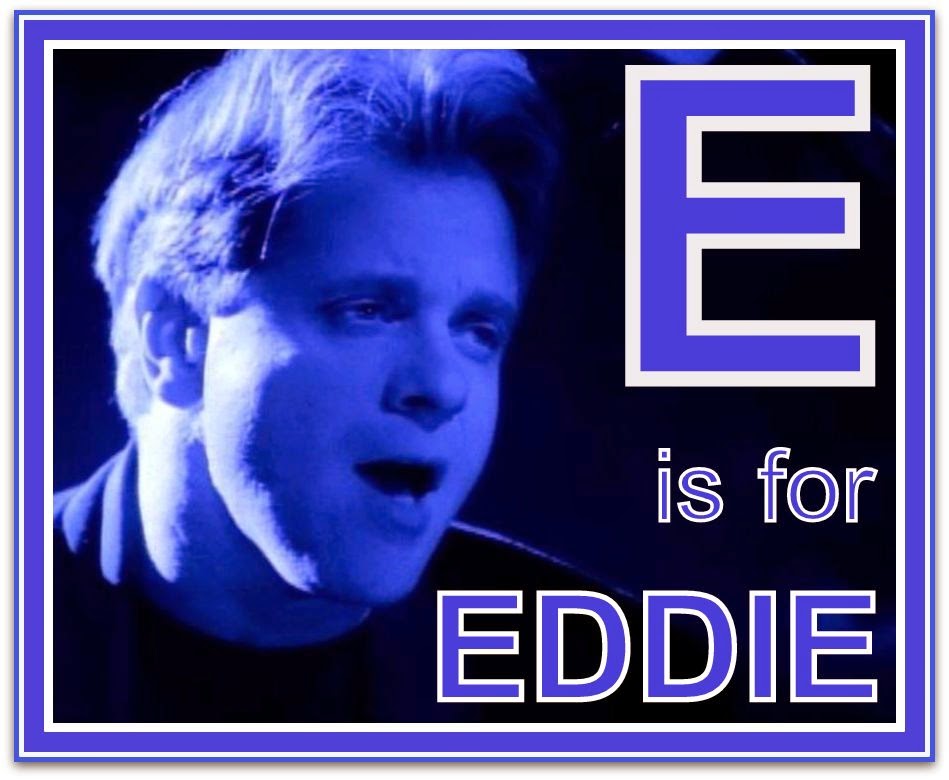 New York, you might still be miffed that the Police Academy lost young cadet Eddie Mahoney to rock and roll, but face it - there's a cop on every corner...but there's only one Eddie Money.


Born in 1949 in New York City, Eddie almost became a police officer like his father, but his side gigs singing rock and roll had a much stronger pull. Once he committed to his musical career, "Eddie Money" went west to the San Francisco area in 1968. He did odd jobs and sang when and where he could. He had an early stroke of luck when he hooked up with Big Brother and the Holding Company shortly after Janis Joplin's death but his next big break was just around the corner.

The single, most important connection Eddie made in made in the Bay area came in 1976 when he met legendary concert promoter, Bill Graham. Graham liked what he heard and agreed to manage his career. A contract with Columbia soon followed.

In 1977, the whole country heard Eddie Money's first album (Eddie Money) and he staked his claim on the charts. That voice: powerful, gravelly and made for rock and roll. Experienced band members, no less than Steve Miller Band alumni, completed the group. Me likey.

Some of my favorite Eddie Money tunes include: Baby Hold On, Two Tickets to Paradise, I Think I'm in Love and Shakin'.

The rock and roll lifestyle can be treacherous and Eddie had his ups and downs with all the typical demons. To me, it seemed like he disappeared from 1980 to 1986, but when he returned - wow! He still had it (he never lost it) and the song that hit the charts became my all time favorite.